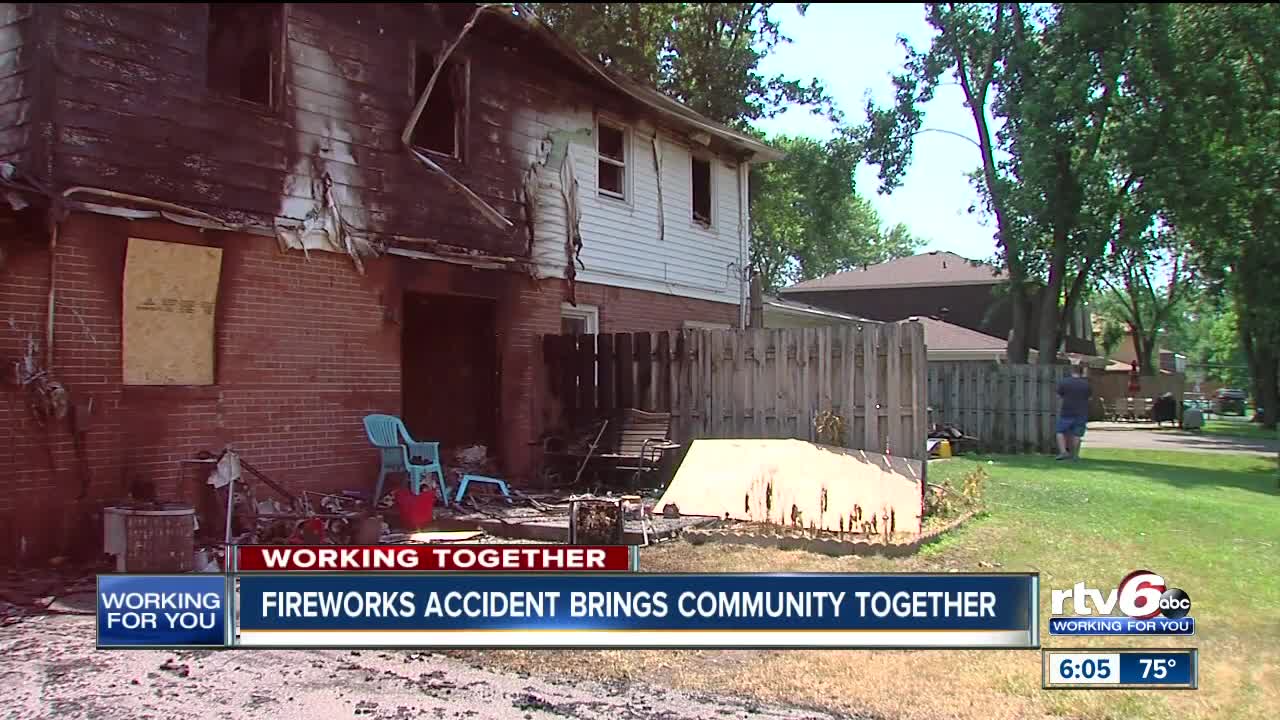 INDIANAPOLIS — A family who lost everything in a fire over the weekend said their faith in humanity has been restored thanks to Hoosiers helping them through a trying time.

"You hear about it every Fourth, someone getting hurt or injured or there being a fire and it really hit home for us," Adrienne Tenbarge said.

The family lost everything in a fire caused by fireworks on Saturday.

"It was scary, it was very scary," Tenbarge said. "Fireworks are a very powerful thing, something that professionals should handle. I think this has been a learning lesson in general with fireworks."

RTV6 was there as the couple pulled back into their driveway to find that flames reignited on Monday morning causing even more damage to the already badly burned duplex.

"Early this morning, around 3 o'clock, we saw about 15 fire trucks come through so we got out, come down and see it blazing," Michael Davis, a neighbor, said.

"We're coming out here to see the house caught on fire a second time and it destroyed a lot more than what was previously destroyed," Tenbarge said.

Once the Tenbarges got back out to see it for themselves the sight left them speechless but thankful still.

"One of the most incredible things was when all of this was happening and everything going on right now but the camaraderie of the neighbors and the people in the apartment complex," Tenbarge said.

I-Town Church even connected with the family to lend a hand.

"We have a 5-year-old, a 4-year-old, and a 19-month-old. Our 19-month-old is a blessing," Tenbarge said. "He had a rough start to life. He's got a G-tube as well as other limitations so just losing medical supplies that's been hard. I'm a type 1 diabetic and we had a lot of medical stuff."

Medical supplies the church now has plans to try to replace for the family.

"Certainly restores our faith in humanity given the last few months," Tenbarge said.

All the texts, calls and the genuine concern just lets this family know that people still care and Hoosiers want to help.

The American Red Cross has also been assisting the family.