Working Together: Noblesville teachers have parade to support students 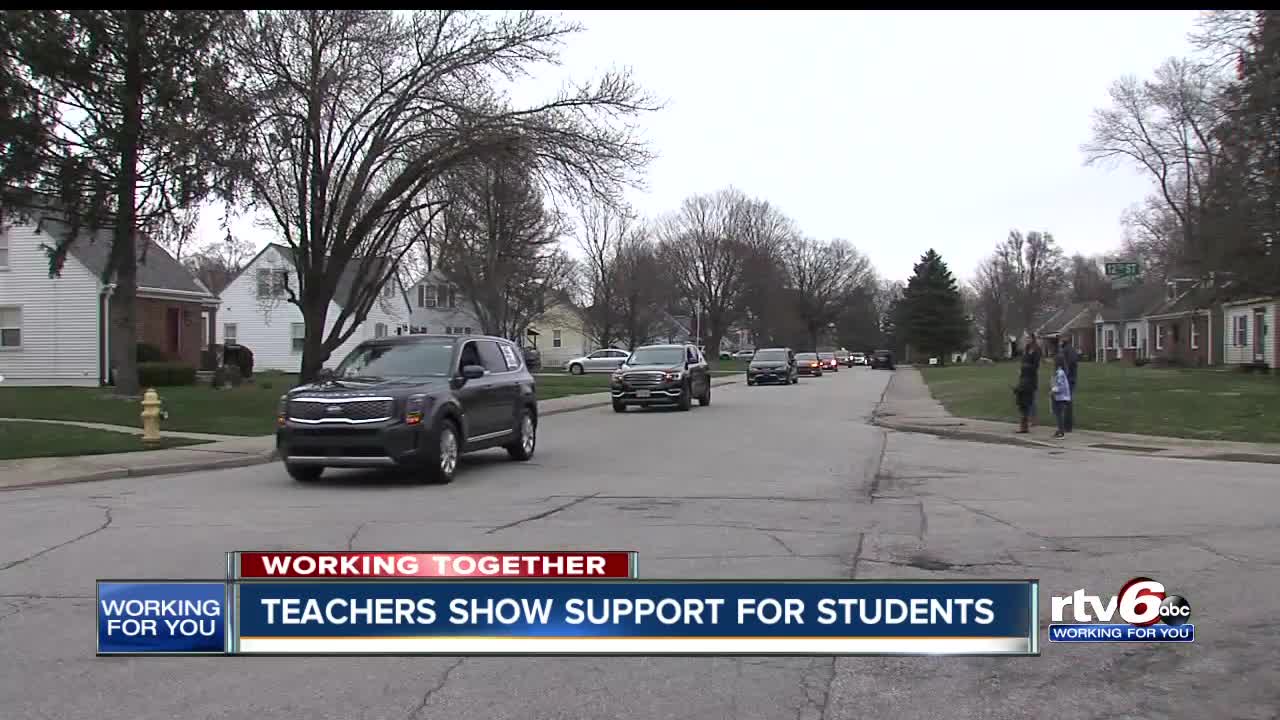 Teachers at several Hamilton County schools finding ways to continue supporting their students even though they won't be back in the classroom until at least May 1.

Working Together is a new WRTV initiative that focuses on telling impactful stories highlighting the wide range of cultures, areas and people that make central Indiana the place that it is. Through our Working Together initiative, we will share the stories of our communities and carry their voices forward. We’re Working for You by Working Together.

NOBLESVILLE — Teachers at several Hamilton County schools are finding ways to continue supporting their students even though they won't be back in the classroom until at least May 1.

The parade idea started at one school and brought teachers out into the neighborhoods while still allowing them to practice social distancing. Now it's spreading throughout the district.

On Sunday afternoon, students and families lined the streets holding signs with messages like "We miss you," as teachers teachers and staff members from North Elementary School drove by.

"I hope that it lift their spirits," teacher Staci Scott-Stewart said. "I know it's been tremendous for us knowing we have this to look forward to in the next 24 hours was amazing."

Scott-Stewart says she got the idea for the parade after she say it happening in another community.

"I can't imagine how hard it is for the kids because it is that hard for us," Scott-Stewart said. "But they are not seeing their friends like we are not seeing our colleagues."

In an effort to stay in contact during e-learning, Robert Lugo, the principal at North Elementary Schools, says the teachers have gone above and beyond.

A spokeswoman for the school district says other schools in the district liked the idea so much, they are now doing it, too.