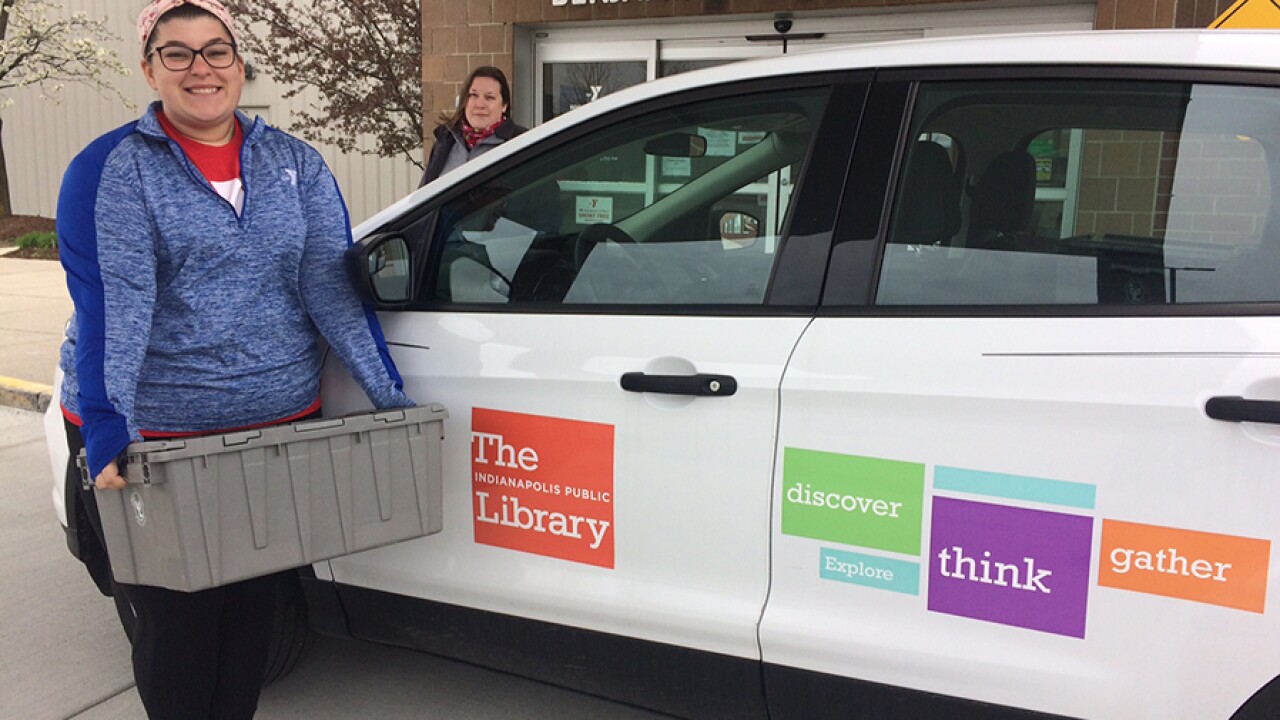 Courtesy: The Indianapolis Public Library
Ariana Adams (foreground) of the Benjamin Harrison YMCA received the first delivery of materials from the Library’s Outreach Services Manager Maggie Ward that will help young children of essential workers with their reading and early literacy skills.”

INDIANAPOLIS — The Indianapolis Public Library (IndyPL) announced Friday it will start to reopen the doors of its branches in stages throughout the next couple weeks.

The Beech Grove, College Avenue, Decatur, Glendale, Irvington, and Michigan Road branches will re-open to its doors to the public on Monday, June 29.

Revised hours are Monday through Saturday from 10 a.m. to 6 p.m., except for the Central Library, which will close at 5 p.m. on Friday and Saturday. Sunday hours from Noon to 5 p.m. will be observed at Central Library, as well as the Franklin Road, Glendale, Nora, Pike, Southport, Warren and Wayne branches.

The InfoZone, located within The Children's Museum, will remain closed until further notice. The Lawrence Branch continues to be closed for major renovations.

Some of IndyPL's branches had been offering curbside pickups for the last month and will continue to do so, according to IndyPL.

Safety measures all IndyPL branches will be taking include the following: