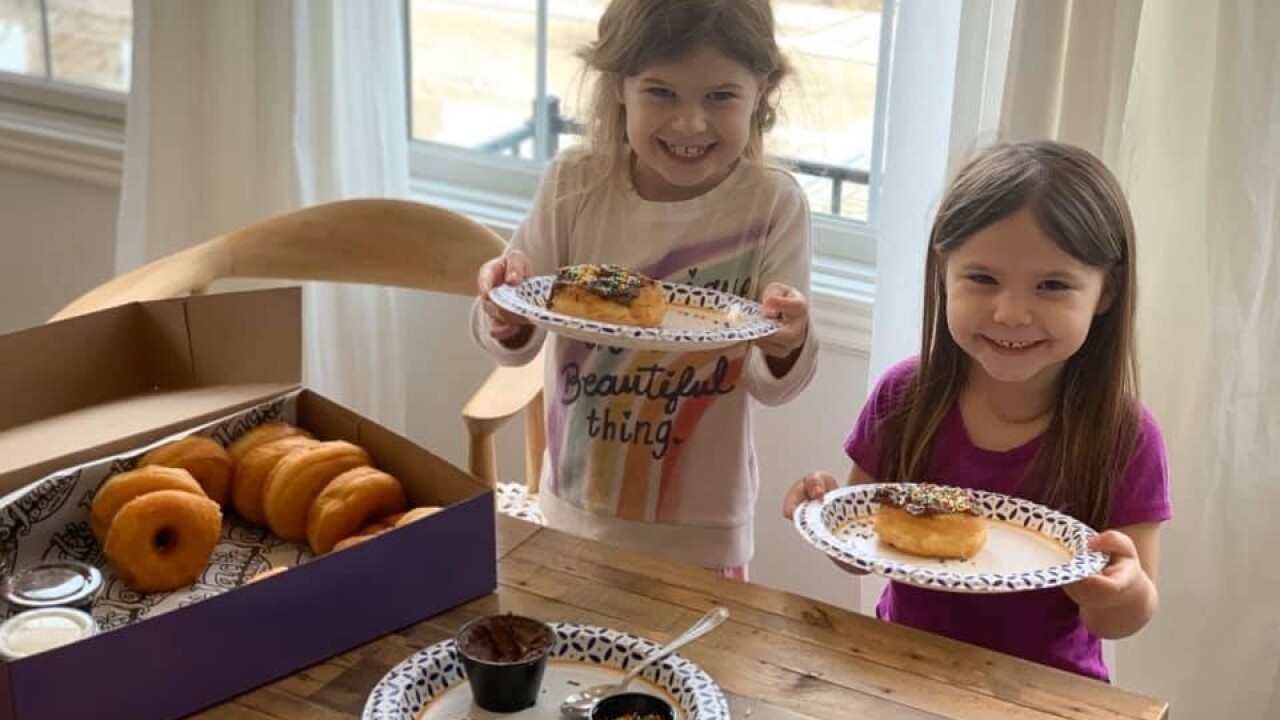 Copyright 2020 Scripps Media, Inc. All rights reserved. This material may not be published, broadcast, rewritten, or redistributed.
Courtesy of Jacks Donuts, Plainfield 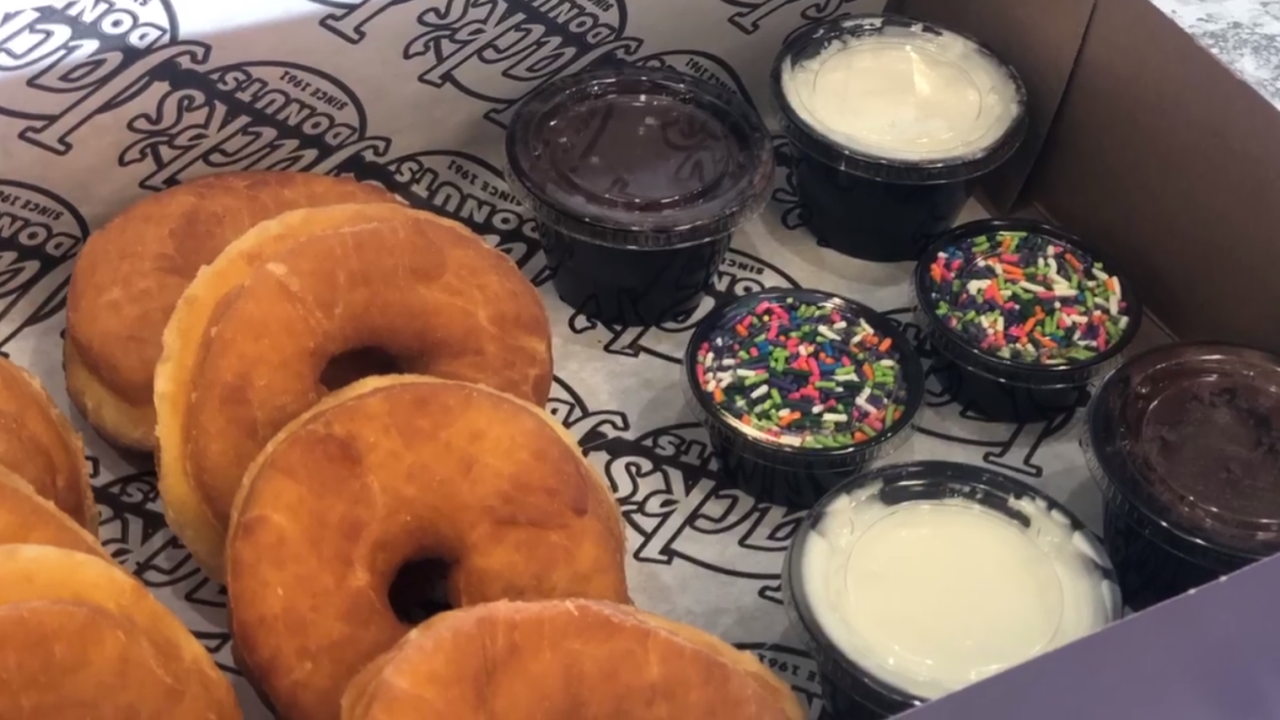 In a time when we can't all gather around a table, we can still come together as a community. We're Open Indy is a partnership between WRTV and our local restaurants and businesses with one goal: getting them through this tough time. Every day, we will help shine a light on the businesses that make up our community by telling their stories and rallying around those who are keeping the grills going, the hospitals running, and the businesses operating.

PLAINFIELD — While the list of things to do outside of the house gets shorter and shorter amid the COVID-19 pandemic, several local businesses are thinking of ways families can maintain their sanity while staying home for more extended periods.

Jack's Donuts in Plainfield is one of the local businesses who have thought of a creative way to keep not only the kids entertained but people of all ages.

"The only thing we could think of doing were these kits," Buffy Lutzke, Jack's Donuts marketing manager, said. "Twelve donuts, our two most popular icings and — I mean, who doesn't love a sprinkle? Adults, or a child."

The "Make & Take Donut Kits" is Jack's Donuts' way to spread cheer. That's a motive of the team all year long.

"We truly love spreading this type of cheer throughout the year, but more so now. It's important that our guests and other local small businesses know we are here for them," Lutzke said.

Since Plainfield's Jack's announced the $13 make and take donut kits late last week, they've had over 120 kits ordered, thousands of interactions on their Facebook page, and other franchises asking if they can do the same initiative at their stores.

"The great thing is ... this has allowed other locations ... to branch out," Lutzke said." We're like, 'absolutely, go ahead.' It's a great thing for the community to do (these) things and, I mean, I have a son of my own, and I am just floored silly, and so is he."

Lutzke has been with Jack's in Plainfield since it opened in 2018, and she said the family-oriented staff is not just a fact for them, but it's almost a company-wide protocol.

"The Jack's CEO, and the Marcum family, have been great at making sure that the people they pick to operate these stores really give back to their community," Lutzke said. "We (Plainfield) set ourselves apart by having a great staff. The owners that we have are so dedicated to this community that they really strive to give back to them."

Jack's is sponsoring other small businesses in the area, as well, and will be giving out a dozen donuts four times a day to people mentioned on their Facebook page.

For instance, on Monday, Jack's partnered with "The Branches Church," who chose the field of "Education." Therefore, Jack's has asked that their followers comment with the name of a teacher, tutor, or parent who is now homeschooling, and they will draw four names to receive a free dozen.

"We are all in this together," Lutzke said of the small businesses in Plainfield. "We want to continue letting people know that we're here for them. In any way that we can."

Lutzke said that she encourages small businesses to work together and connect as much as possible during the coronavirus pandemic.

Jack's Donuts was founded in 1961 in New Castle, Indiana. According to the Jack's Donuts CEO, Lee Marcum, Jack's has been transformed into a multi-million dollar company within the last decade.

Jack's is doing the following to keep employees and customers safe amid the coronavirus: