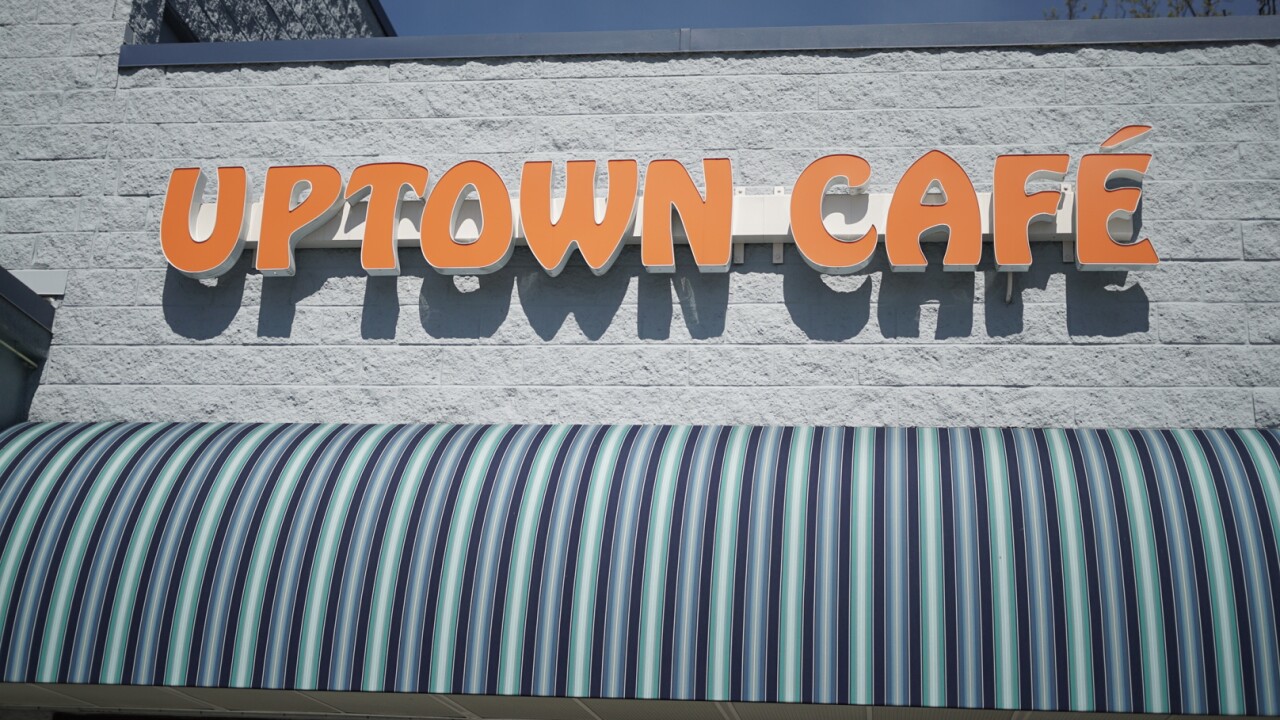 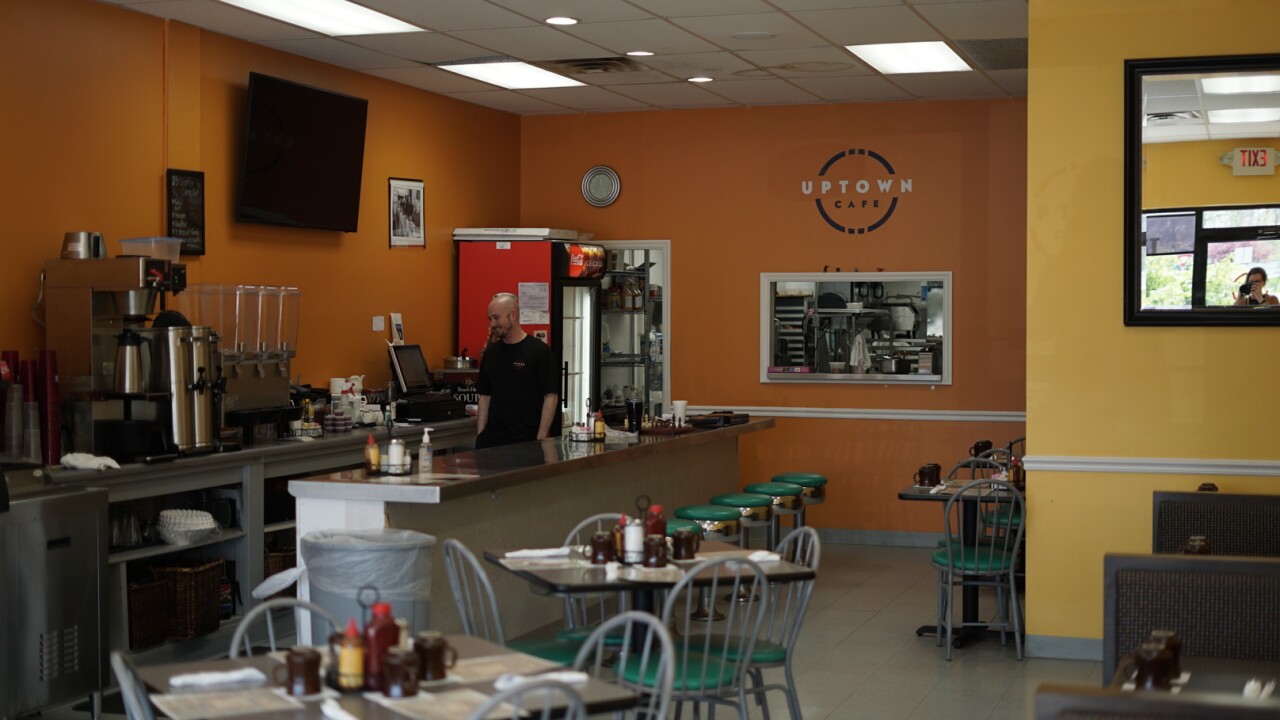 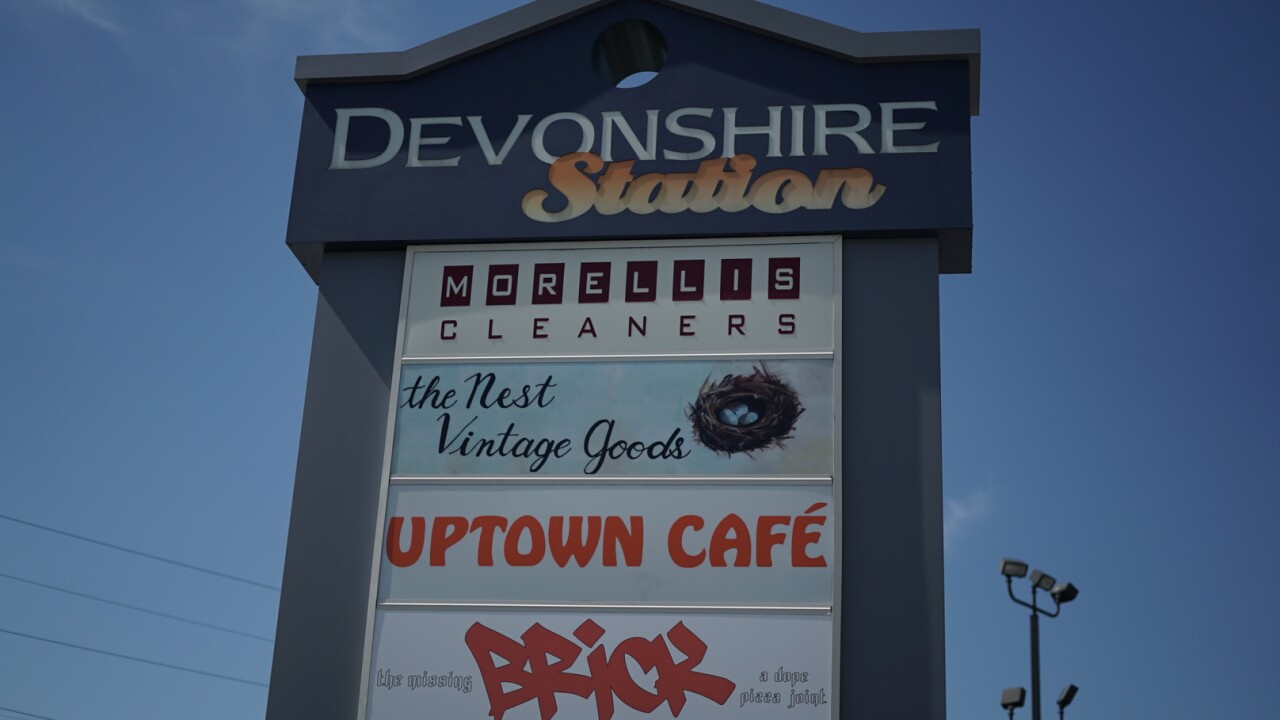 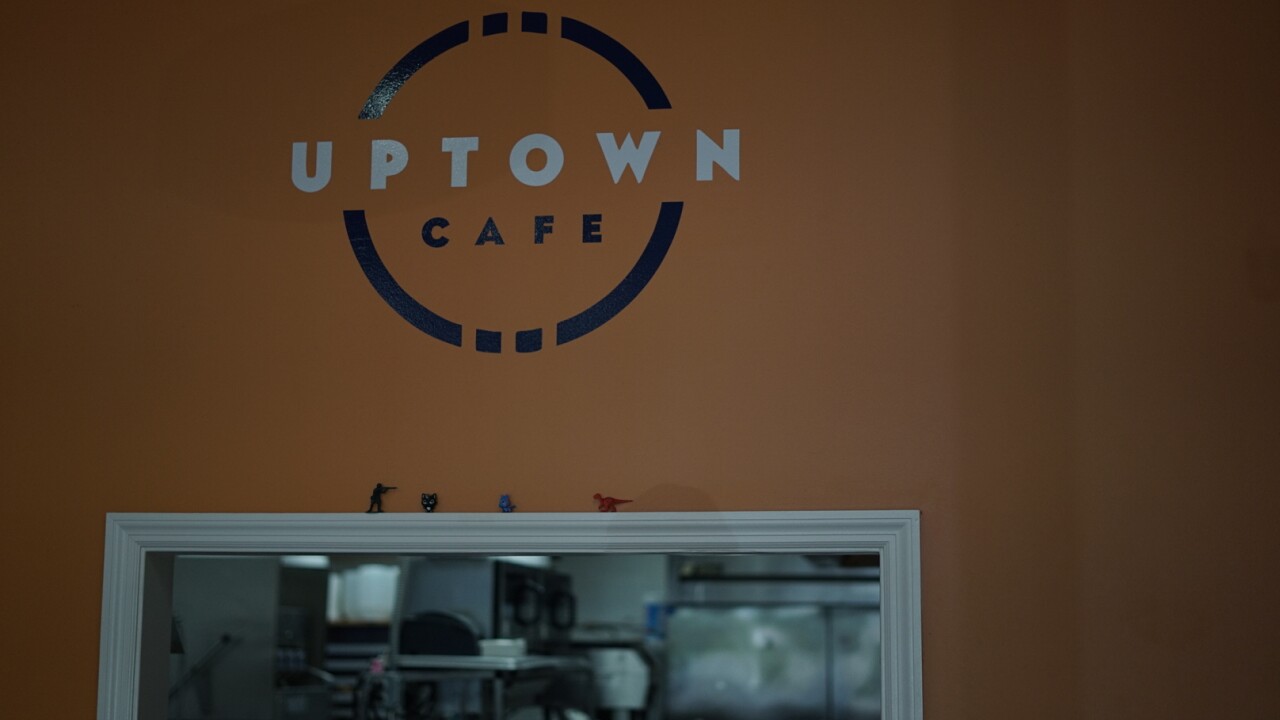 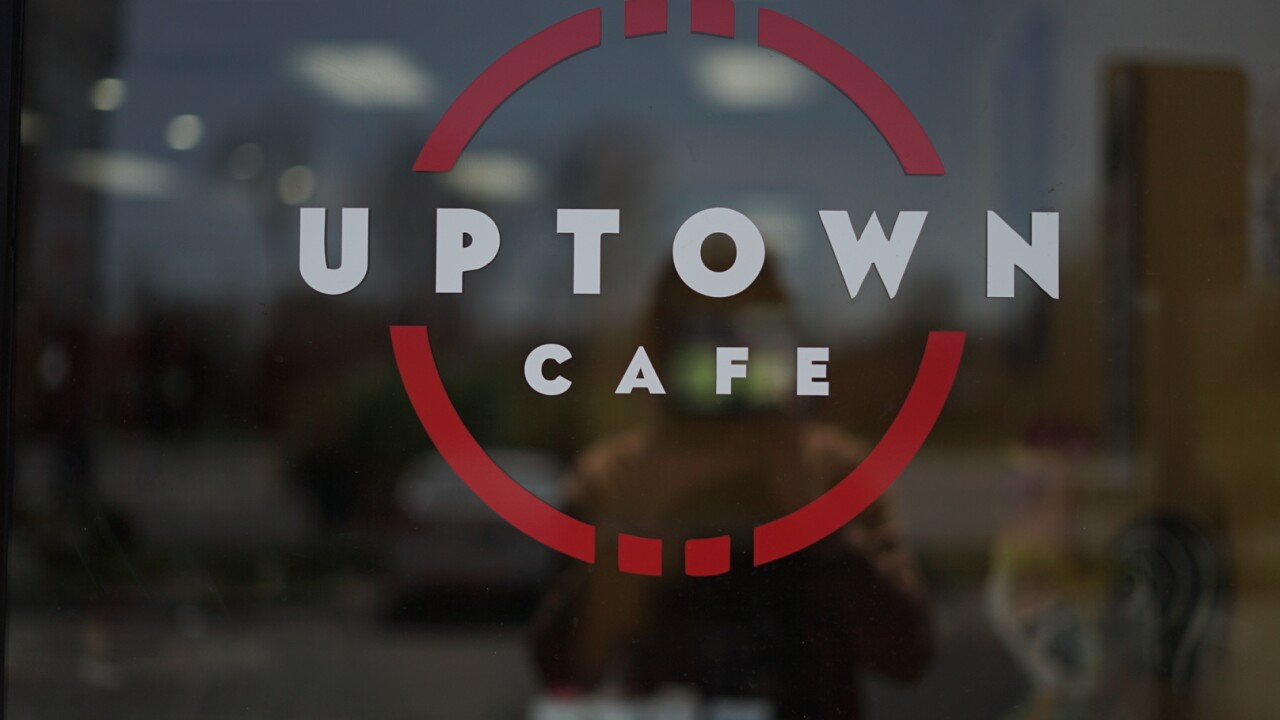 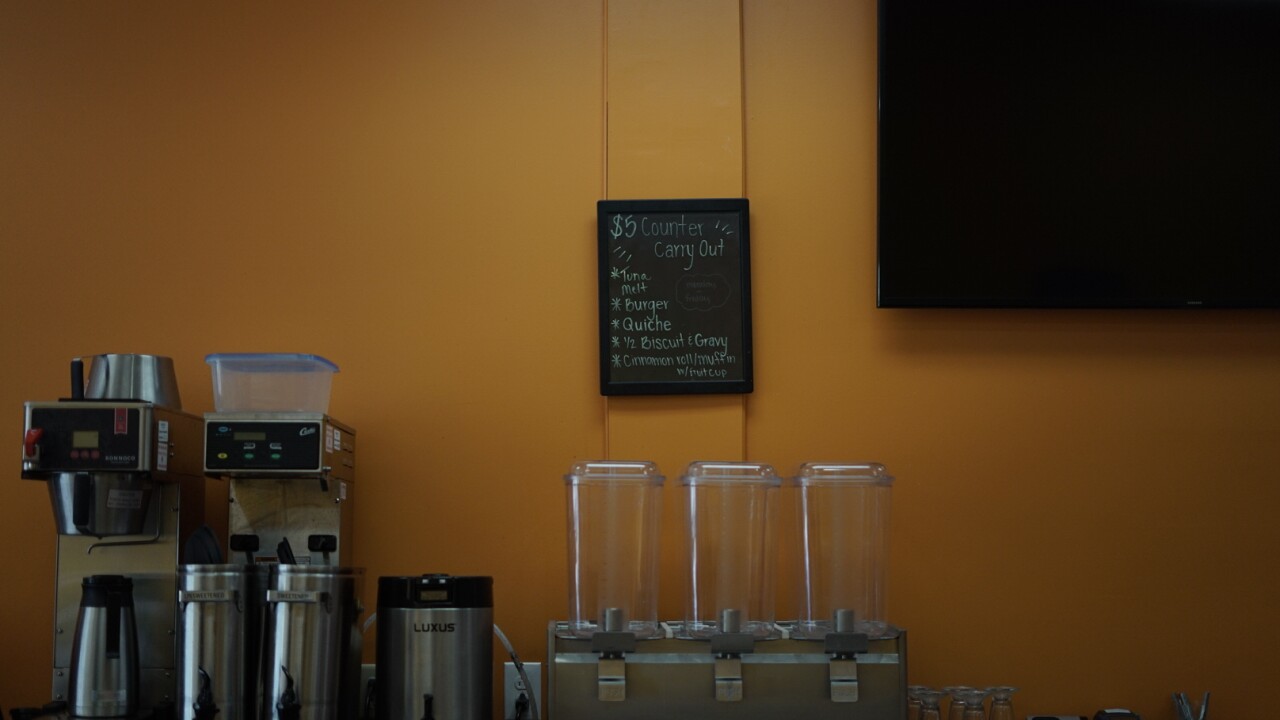 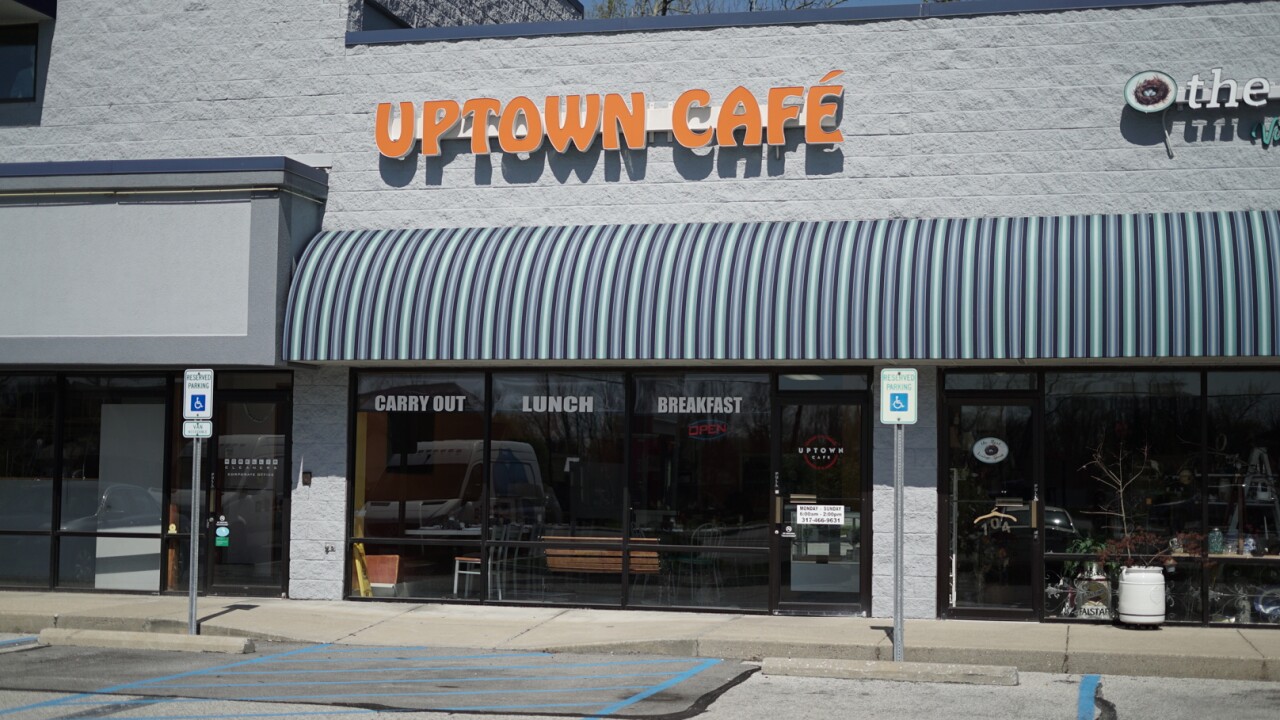 INDIANAPOLIS — Noblesville's historic "Uptown Cafe" is known for its small-town feel even at its northeast Indianapolis location.

"I'm just trying to maintain the traditions of that restaurant in Noblesville," Jonathon Smith, the owner of Uptown Cafe in Noblesville and Indianapolis, said.

The cafe originally opened in 1932. Smith bought the Noblesville location in 2015 after working there since he was in high school.

"I started working when I was 16-years-old. Wanted a car, mom and dad said 'get a job' so I got a job," Smith said, laughing. "Now, I'm trying to create something for the future with what I've learned."

The central Indiana native was born in Indianapolis and raised in Fishers. Smith was hired as a dishwasher at Sunrise Cafe when he was 16, where he worked his way up to owner in 2015.

Two years later, he bought another location on the northeast side of Indianapolis, off of Binford Boulevard. Smith says carrying the weight of a decades-old establishment is easy with the people he has around him.

"I've got a great supporting staff around me. Some of the staff around me, we've worked together for ten to 15 years," Smith said. "We're now all in our late 20's and early 30s, so we were all kids when we started. We all kind of had a vision of doing this together, and we just kept growing it and growing it."

It was that kind-hearted mentality that stirred up a conversation between Smith and his mother when the COVID-19 pandemic started.

"I was talking to my mom, and she was telling me, 'hey, there's a lot of people that want to help ... but we can't go out and do anything.' And I had a lot of customers asking about what they can do as well, and we thought, why don't we donate lunches to the first responders?" Smith said, remembering where his idea originated. "My wife works at Methodist downtown, and I have a lot of family members that are first responders, so I thought this would be a great opportunity for not only myself and my family but our customers as well to help feed those that help us, on the front lines."

"It's a Hoosiers helping Hoosiers kind of thing," Smith continued. "We all grew up here in Indiana, and this is what we know how to do. Serve, help and get through the tough times."

Uptown Cafe delivered meals to the VA Medical Center yesterday. Thanks to our amazing customers for donating to feed our local heroes. If you would like to donate to #feedtheheroes, please call us. Meals are $10 each. Every dollar counts! Noblesville: 317.214.7553 Indianapolis: 317.466.9631 Fresh is best. #uptowneats #freshisbest #covid19heroes #uptowncafe #va #veterans #indianapolis #noblesville #donate #frontlineworkers #communitymatters #alonetogether

Because of the regular $10 donations from his customers, Smith and his crew were able to donate 500 boxed lunches thus far.

Smith says his customers feel like family to him, and he knew they would all pull through for our local frontline workers.

Smith went from having a staff of about 30 people to six, so even though their business is down, they're still busy.

"Fast food places, the places that were designed for drive-thrus, they're the ones that are excelling, because that's what they do. But for any mom and pop sit-ins ... it's pretty much take what we can get or try to find creative ideas ... I guess it's adapt or die," Smith said, nervously laughing.

Uptown Cafe only recently joined social media, but Smith says it's been a beneficial platform during these times.

"Now, everybody's at home, and they're all flipping through their phones. We're putting out two to three posts a day and showing everybody what it is we're doing. We've had a lot more people come in because of what they've seen online. They say they didn't even know we existed," Smith said. "In downtimes, you can still find a glimmer of hope in something."

The Uptown Cafe crew has spread out the boxed lunches to firefighters, police departments, the Marion County Call Center, and all of downtown Indy's major hospitals.

"We've had customers that have specifically wanted us to go to places. So we've been as far north as Anderson and as far south as Greenwood. And we've hit them all in between," Smith said.

If you would like to donate boxed lunches from Uptown Cafe, call either of the Noblesville or Indianapolis locations.

All of Uptown Cafe's are fresh and homemade, even down to their condiments, dressings, bread, and juices that are freshly squeezed. There is an on-staff baker, and they shop locally every day.