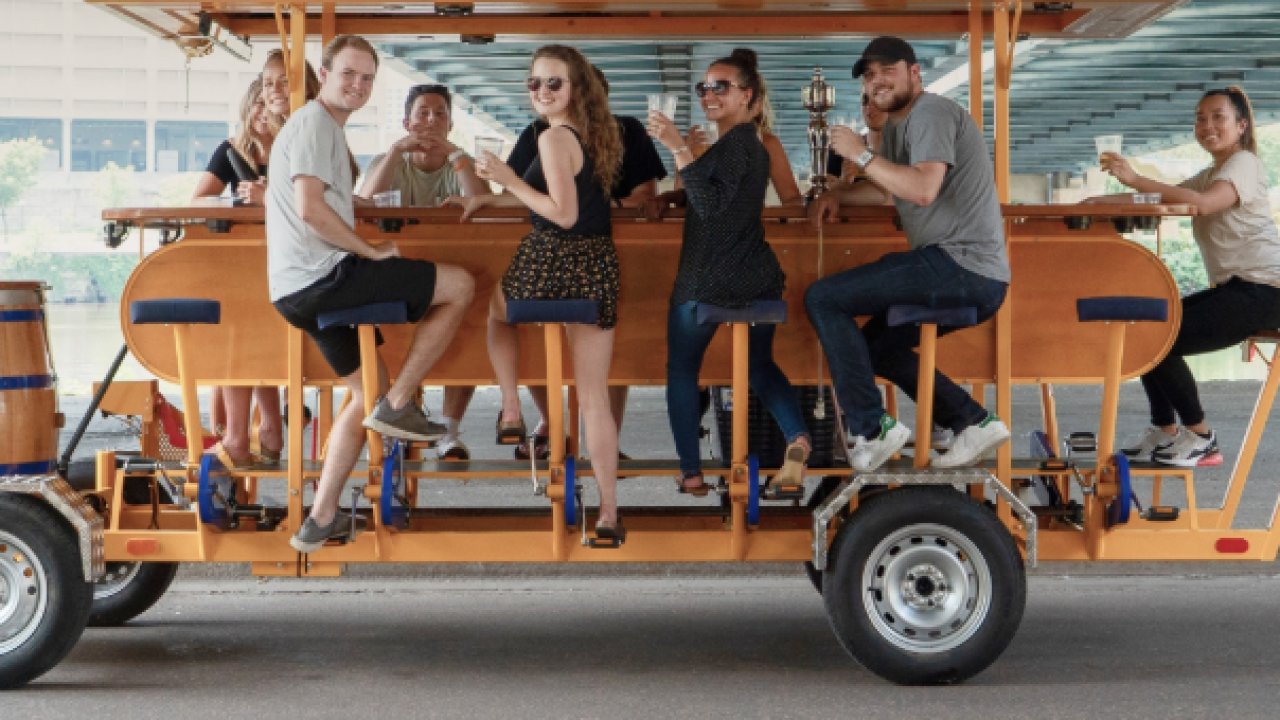 COLUMBUS—A bit of downtown Bloomington and Indianapolis is coming to Columbus.

The City Council has given unanimous approval for Pedal Pub of Bloomington to operate in Columbus.

The open-air electric pedal cabs, or pedal pubs as they are sometimes known, can seat up to 16 people.

Council at-large member Tom Dell says the cab will be available to groups on a reserved basis and should be running by late-August.

Here are some other key points governing peddle cabs in the ordinance:

In addition to the cab, Dell says electric scooters could be in Columbus by the end of the year, but only after the council draws up and approves regulations for scooter use.,

Scooters in Indianapolis and elsewhere has been both popular and controversial. Operators caught cities off guard and without regulations to govern scooters. Additionally, riders often ignore rules that are supposed to keep scooters off sidewalks.

Columbus is hoping to avoid those issues.