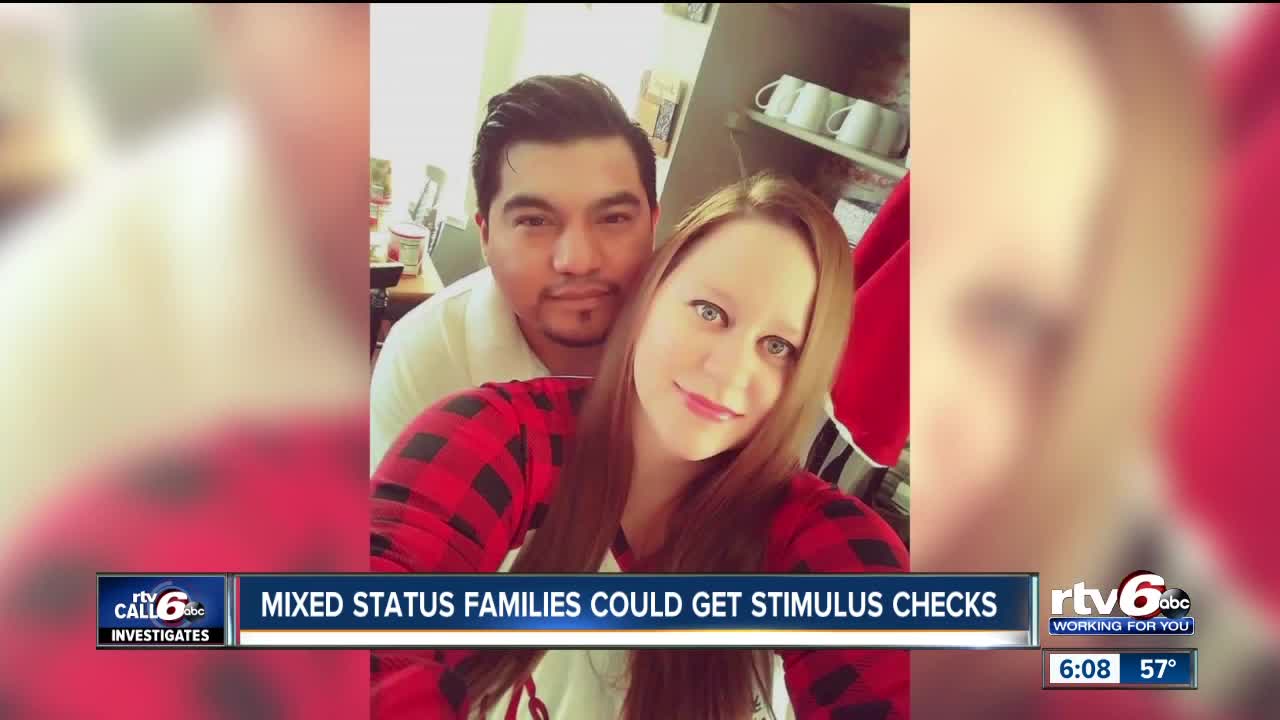 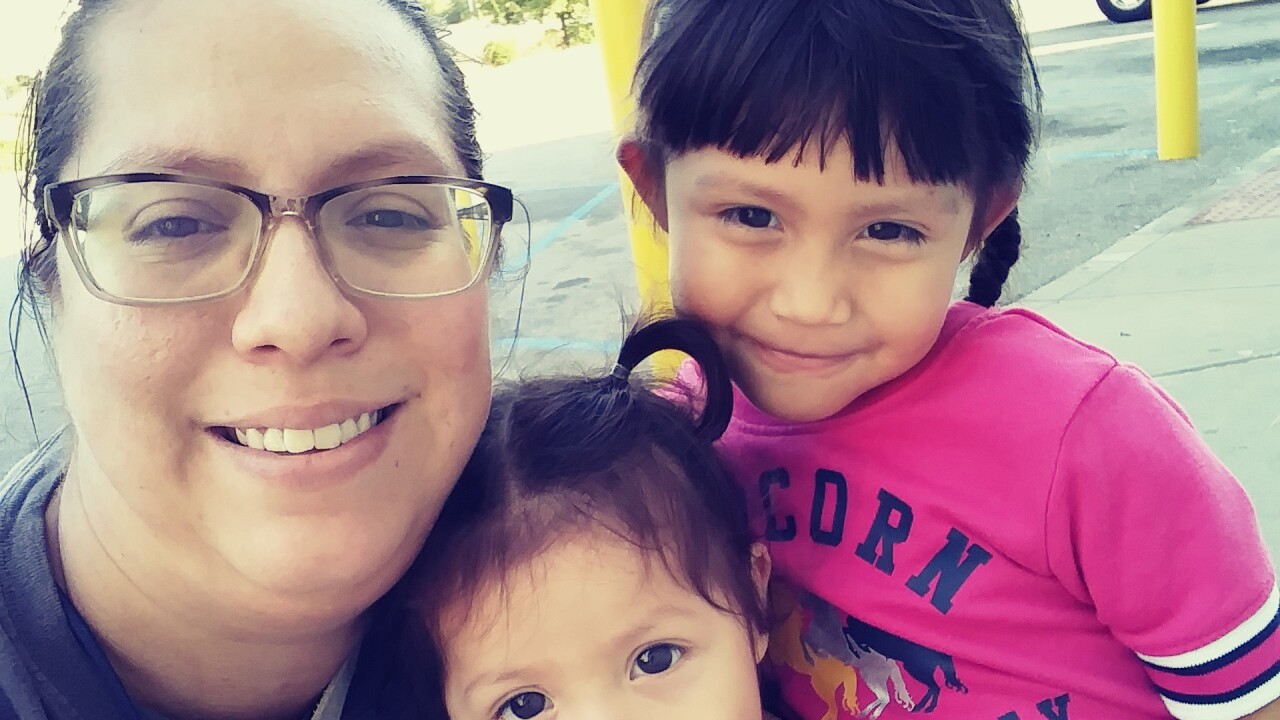 INDIANAPOLIS — Legislation is pending in Congress that would allow mixed status families in Indiana to receive stimulus checks.

As Call 6 Investigates reported, hundreds of thousands of American citizens in Indiana will not get their stimulus checks because of their partner’s immigration status.

PREVIOUS | Mixed status families in Indiana not getting stimulus checks

The CARES act currently says even if you have a valid social security number, if a spouse or a dependent child files taxes with an Individual Taxpayer Identification Number (ITIN) — no one in the family will get a stimulus check, even if most of the family is taxpaying American citizens.

The HEROES Act, newly passed by the U.S. House of Representatives would change that.

It would allow Economic Impact Payments to be made to an individual who provides a Taxpayer Identification Number, rather than a Social Security Number.

This provision would be effective retroactive to the date of enactment of the CARES Act, according to the HEROES Act.

Sen. Mike Braun told RTV6 on Wednesday that he supports stimulus checks for mixed status families, as long as the non-citizen is working toward becoming a U.S. citizen.

“As long as the spouse that isn’t a citizen is a legal immigrant and is in the process of getting full citizenship, I am going to be for that,” Braun told Call 6 Investigates. “I think Marco Rubio might have some legislation in the Senate that would reflect that. For me, legal immigration is such an important part of what our country is about. We do more of it than any other country in the world.”

Braun said when it comes to the HEROES Act, the Senate would be working on a “counter offer.”

“We need to make sure that those that have done the right thing that are here, in the process of obtaining full citizenship,” said Braun about the language for mixed status families. “I am going to be for that. I think that was probably an unintended consequence when the legislation was originally crafted.”

Just because someone does not have a Social Security Number does not necessarily mean that they’ve entered the country illegally.

For example, a spouse could still be overseas and working toward citizenship but under the CARES Act, the entire family would be denied from receiving a stimulus payment.
Having an ITIN number is not exclusive to undocumented immigrants.

Here are some other reasons why someone may have an ITIN:

PREVIOUS | Mixed status families in Indiana not getting stimulus checks

Jeanette Sanchez is an American citizen living in Noblesville.

Sanchez is married to an undocumented immigrant — the couple and their six children make up what’s called a “mixed status” family.

Indiana is home to hundreds of thousands of mixed status families who will not get a stimulus check, per the CARES Act.

"Honestly it kind of hit me hard. We were not fair warned,” Sanchez said. “We kept checking the page like everybody else just waiting to see what would be able to get it. We need that financial support to take care of ourselves and our children, and it’s just really hard because we’re left out.”

The only exception in the CARES Act — mixed status families with a family member in active military during the taxable year.

Call 6 Investigates held a Zoom call with other central Indiana women who are American citizens but are not getting stimulus checks because of their partner’s immigration status.

“I just feel we are very discriminated against because of who we decided to marry and have children with,” Selina Borowicz, a McCordsville mother, said.

Selena’s partner of five years is an undocumented immigrant, however, Selina and her children are American citizens.

“It’s so sad that the country I was born in, the country that I love—could do this to me and to other people too,” Selena said.

Florencia Vasquez, of Shelbyville, is married to an undocumented immigrant who lives in Mexico.

“I’ve got four kids, three are born and raised here,” Vasquez said. "We're not fighting for the undocumented person. We're fighting for our rights as an American citizen "

Vasquez is a member of Mixed-status Families United, a Facebook group that has more than 12,000 members currently.

“It’s really hard and it’s really heartbreaking when you’re thinking when are you going to eat today,” Vasquez said.

Sara Borowicz lives in Lawrence and is married to an immigrant and all five of her children are U.S. citizens.

“We are working on doing his paperwork,” Sara said. “We didn’t expect to get anything for my husband seeing he’s not a U.S. citizen. That part wasn’t surprising. The only surprising part was that us citizens were left out.”

Sara and other central Indiana women who spoke with RTV6 said they feel it’s discrimination.

“This is very racist what is being done,” Sara said. “I just hope that we can all be treated equal. I’m tired of discrimination.”

Becoming a U.S. citizen isn’t easy — it takes time and thousands of dollars.

The Neighborhood Christian Legal Clinic in Indianapolis is helping mixed status families get through this.

"Hope is not lost forever,” Rachel VanTyle, director of immigrant services at the Neighborhood Christian Legal Clinic, said. "They also have the option of getting their immigration status in order so they can get a credit on next year's taxes. So at least they wouldn't miss out on it altogether."

Indianapolis attorney Katie Rosenberger is also getting a lot of phone calls from mixed status families.

“This denial has impacted potentially hundreds of thousands of families who otherwise would have qualified,” Rosenberger said. “Many of my clients are in desperate need of support due to layoffs and limited work hours — including single parents and domestic violence survivors.”

Rosenberger is trying to help clients with obtaining their Social Security numbers as quickly as possible.

“At our firm we are also doing the best we can to share resources for assistance with rent, unemployment, food pantries, etc. during this time,” Rosenberger said.

Attorneys are also monitoring a federal lawsuit filed by mixed status families against the Trump administration regarding stimulus checks.

The CARES Act is a bipartisan bill, but it's certainly not perfect, as evidenced by this unfair provision within the legislation. I voted for the bill to get relief to as many Hoosiers as possible, as quickly as possible. Since then, I've continued my work to help even more of our friends and neighbors who are struggling during this challenging time. That's why I have supported H.R. 6485, the Recovery Rebates Improvement Act (RRIA), which would ensure that mixed status families receive this support.