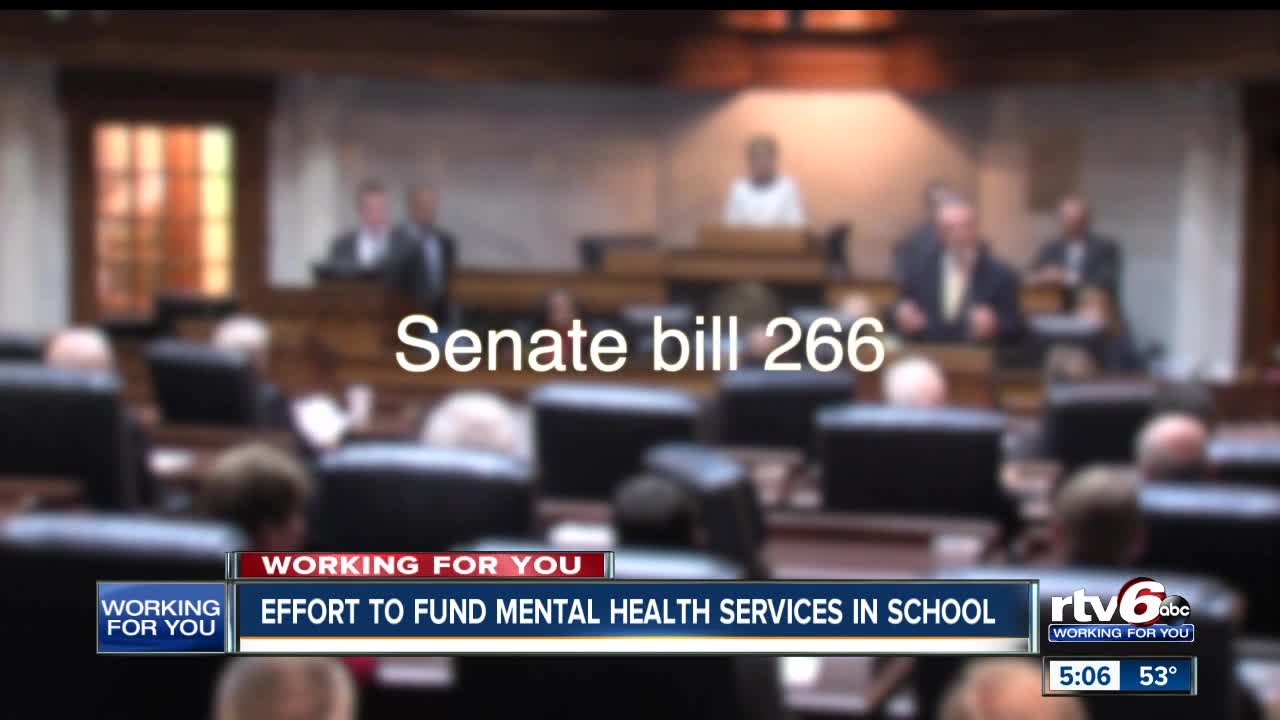 INDIANAPOLIS — The Indiana State Legislature is trying to pass a bill that would provide grant money for mental health services at schools.

The effort comes one year after a student killed 14 students and three faculty members at a Parkland, Florida High School. And non months after, a student fired upon and injured another student and teacher at Noblesville West Middle School.

Lambert is a supporter of Senate Bill 266 because it could provide funding for much needed student counseling.

"Sometimes the school is the only resource these kids have," Lambert said. "Maybe their home life is a struggle. So the only people who can advocate for them and help them are the schools."

Lambert and Hyde Heckman are members of a parent group called 'Noblesville Stands Together.' Months after the May 25 shooting at the Middle School her daughter is still having issues.

"I personally have a child who is getting services. We have to pay 130 dollars out of pocket every time she goes to therapy," Heckman said. "Some people can't afford that. I want everyone to get services they need. I'm hoping that is what this bill will do."

The bill will provide $10 million for mental health services. Is that enough?

"We are pushing for $10 million dollars, which is roughly $10 per student on an annual basis to provide basic services," FIshers Mayor, Scott Fadness, said. "It's a start. Local governments and the school districts have to help fund. I do believe it's a start and is critically important."

It is important for those who you might not expect.

"Even if it didn't happen to you directly, knowing someone who it did happen to, hearing about it - even being in the vicinity - can have an impact on you," licensed mental health counselor, Kimble Richardson said. "We want to do prevention efforts, intervention and post-intervention to follow up."

The bill passed unanimously out of committee today. It moves closer to becoming law.