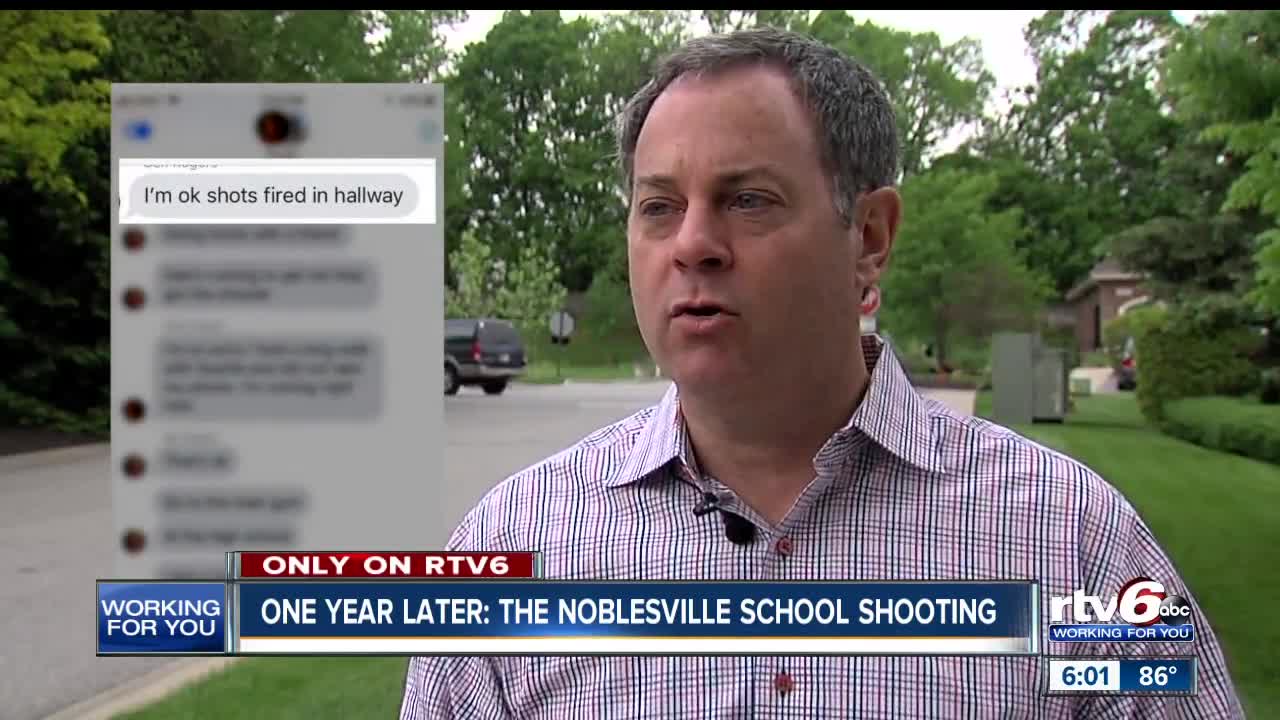 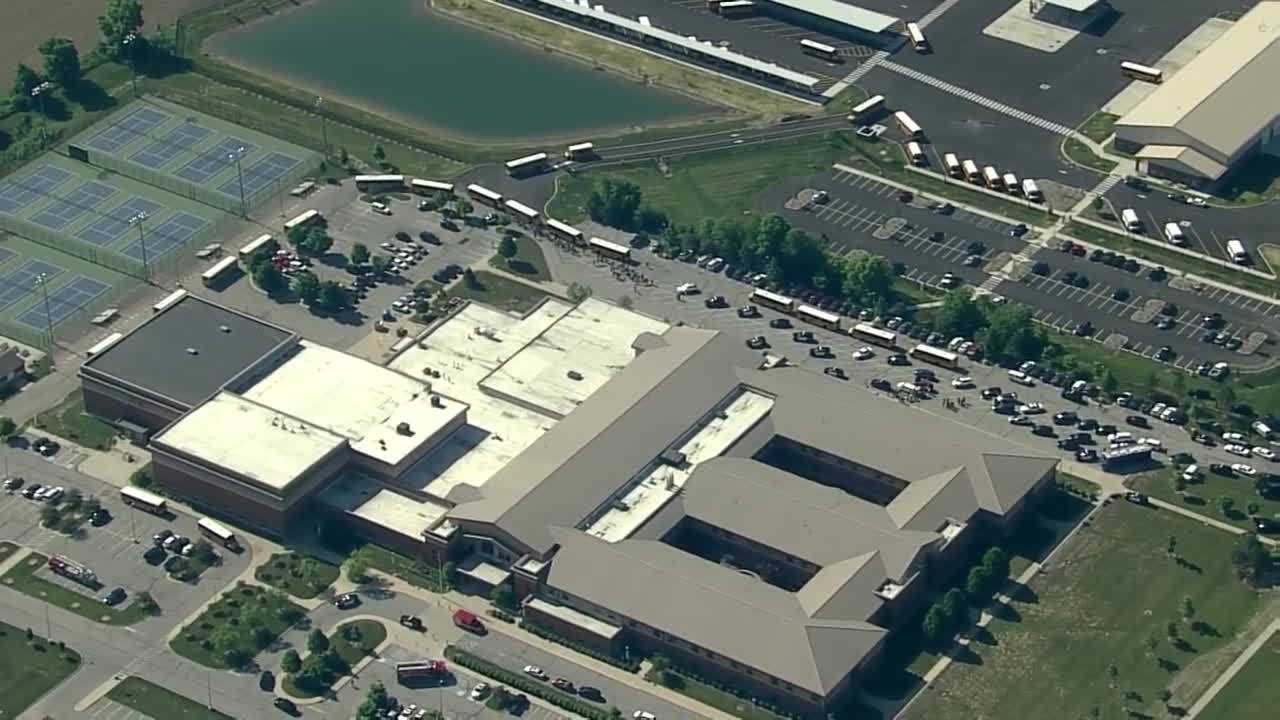 In the days following the shooting, heroism and the school's safety plan were credited for saving countless lives. But many were left asking, "how can we make sure this never happens again?"

For one Noblesville father, that question has come up time and time again.

"I got a phone call and saw that it was my son, and he had tried to text me a couple of times, and I didn't hear them," recounts Steve Rogers, "And the first thing he said was, 'I'm okay. But there were shots fired in our school, and I think a teacher and a girl got shot.'"

Rogers is sharing those text messages from inside the school for the very first time.

"Obviously, it's the last call you ever want to get as a parent, so I just drove all the way down my parking garage and drove straight to Noblesville as fast as I could."

He says after that, the waiting was the hardest part.

"I remember thinking I wanted my son back in my presence right now, and I just remember getting increasingly angry that we've seen this happen all over the county and now it's happening to us.

"We all went through a very traumatic experience, and there were a lot of conversations on front porches and driveways and so forth, and all of us were feeling the same thing that this continues to happen and we just seem to be kind of paralyzed as a society to come up with solutions. We decided pretty quickly that we didn't want this to happen to any other families," says Rogers.

In the weeks following the shooting, there was action.

"We're trying to approach it from the standpoint of safety and what can everyone do, all of us, even though we have different, diverse political views. What can we all agree on? And I think we all agree that there are certain people who shouldn't have guns and we can do a better job of keeping them away from those people," explains Rogers.

Last summer, the group met with Governor Eric Holcomb and other politicians to explain what they wanted to see changed.
In the past few months, there were revelations Rogers is still wrapping his mind around.

"Until the court hearing, we did not know a lot about his motives and what was going on in his mind, and the one thing that really struck us, and really I think personally motivated me was that it became clear that he intended to do as much harm as he could to as many kids as he could. That was something we didn't necessarily know before then. You learn that your children were in a lot of danger, and that's something that just really motivates you to try and make sure that other kids, children are protected in the future."

One year later, the fear still lingers for many.

"There isn't a parent who had a kid at the school that day who can't tell you how there are now children who startle visibly when someone grabs the door handle of their classroom. Children who are in counseling. It goes way beyond just the kids, though; it gets the parents, it's the entire community. I mean we are creating, in this country, a new generation of kids who on any given day the thought enters their mind that they might have to hide somewhere if someone breaks into their classroom to try and shoot them."

A feeling Rogers hopes no other child experiences in Noblesville. Indiana. And our country, ever again.

"Speaking as a parent of someone who has gone through this experience, the impacts are too long-lasting, and we can't allow that to happen."

"Noblesville Stands Together" has also met with the superintendents from both Noblesville and Carmel-Clay schools.

Parents from Carmel and Westfield have also reached out in hopes of creating similar groups in their communities.