Congress mandates COVID-19 tests be covered, so why are people getting a bill? 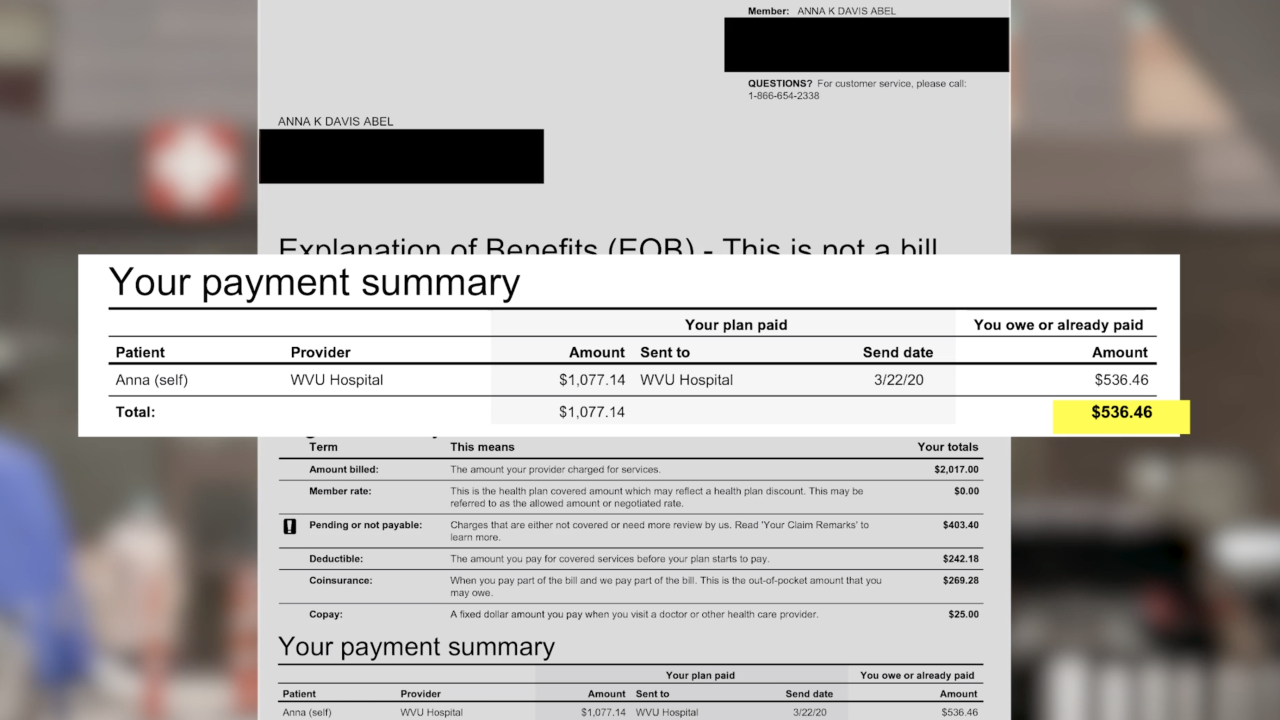 Across the country, hundreds of thousands of Americans have already been tested for COVID-19, and while Congress has mandated the costs for the tests be covered, many patients are finding out that isn’t the case.

Long before the novel coronavirus swept across the nation, Anna Davis Abel was already wearing a mask to keep herself from getting sick. The 25-year-old graduate school teaching assistant has suffered from lupus for most of her life.

“The way everyone feels right now is the way it always feels to be living with a chronic illness,” she said via a Zoom interview.

Back in March, after returning home from a conference in California, Abel suddenly started feeling flu-like symptoms. At the time in West Virginia where she lives, COVID-19 tests were nearly non-existent.

On her medical records, which she shared as part of this story, her doctor wrote, “Unfortunately at this time COVID-19 testing is very limited and not widely available to most patients.”

Abel was initially diagnosed with the flu in early March, but days later when her fever wouldn’t go down, her doctor was finally able to order a test.

“I was going from super sweaty to cold. I developed a cough on the third or fourth day,” she described. “It was a helpless feeling, and it was frustrating.”

A few weeks after her visit to West Virginia University Town Centre clinic to see her primary care doctor, Abel received a bill in the mail. Records show that the graduate student was charged $2,121 for the visit and testing. Her healthcare provider, Aetna, initially paid $1,584.54 for the services.

That’s how Abel ended up with a bill for $536.46, a bill that she shouldn’t have received under the guidelines of Congress' recently passed CARES Act.

Like many Americans, Abel is finding out there are loopholes in the system meant to protect them. Initially, she was tested for a respiratory disease. Eventually, she did receive a COVID-19 test, but her insurance company processed the initial respiratory test, instead of COVID-19, which isn’t covered under the CARES Act.

“This is like being kicked when you’re down,” she said. “I think it shows that at the end of the day, it’s a healthcare industry that is not first about health, it’s about profits.”

“COVID-19 billing and medical debt as a result are going to become a nightmare,” said Craig Antico, who runs the non-profit RIP Medical Debt.

Antico says Americans being tested for COVID-19 need to watch out for surprise bills related to hospitals that may be out of network. He’s particularly worried about people who are uninsured being stuck in the same kind of loophole like Abel found herself in.