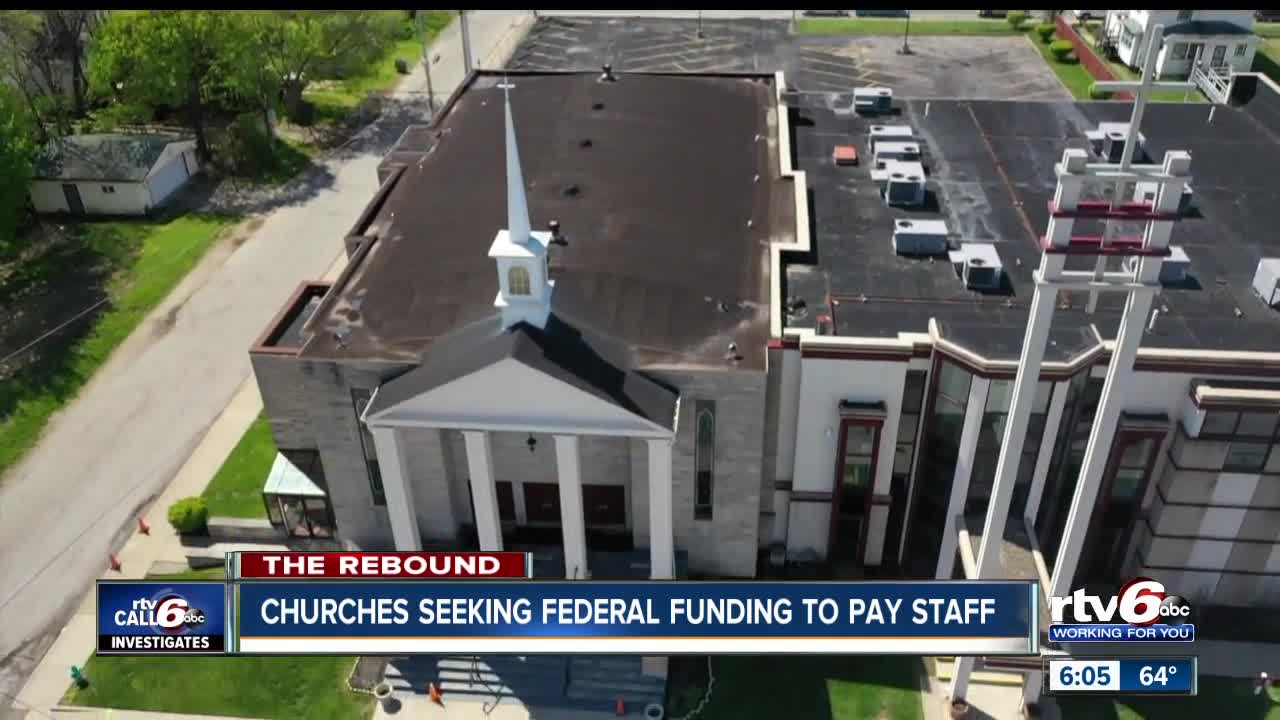 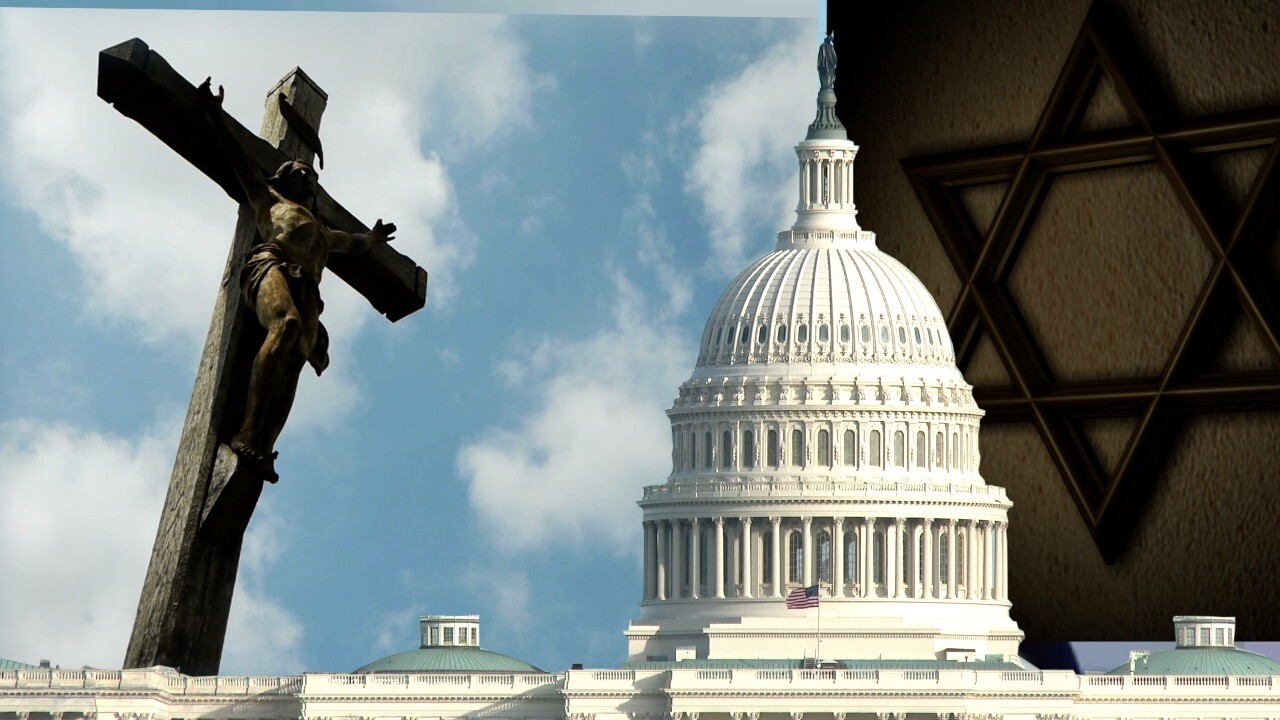 The Rebound: Indiana is keeping track of the way government assistance is helping people and businesses recover from the financial impact of the COVID-19 pandemic.

INDIANAPOLIS — Call 6 Investigates found churches in Central Indiana are applying for federal funding during the COVID-19 pandemic, which some say is an unprecedented and historical move away from separation of church and state.

The First Amendment’s Establishment Clause lays out separation of church and state.

Indiana churches are non-profits and are exempt from paying most taxes like property taxes. The churches have traditionally wanted to operate out of the prying eyes of government.

But these are unique times amid COVID-19.

At a time when many Hoosiers need hope, churches are being forced to halt in-person services and go totally online.

New Era Church on the west side has nearly 2,000 members and a staff of 20 people.

Pastor Clarence Moore says donations have taken a hit since they’ve had to close their doors temporarily amid the pandemic.

"Overall our offerings are down about 10% and our capital giving is down about 15 percent," Moore said.

New Era Church reached out to the federal government for help, and applied for a loan under the Small Business Administration’s Paycheck Protection Program— loans churches and other non-profits won’t have to pay back as long as they’re used for things like maintaining payroll, mortgage and utilities.

To Pastor Moore’s surprise, the SBA approved New Era Church for a loan.

“They give you 2.5 months of salary to keep people on the team,” Moore said. “These funds we got are going to help us get through the summer, especially if our online giving falls off in the process. We are glad to get these funds— they are critical.”

The SBA could not tell us how many churches in Indiana have applied or have been approved.

Schafsnitz said the loans will be fully forgiven if the funds are used for payroll costs, interest on mortgages, rent, and utilities—and at least 75 percent of the forgiven amount must have been used for payroll.

“Forgiveness is based on the employer maintaining or quickly rehiring employees and maintaining salary levels,” Schafsnitz said. “Forgiveness will be reduced if full-time headcount declines, or if salaries and wages decrease.”

Call 6 Investigates checked around and found several local churches who have applied for the loan and are still waiting, like Barnes United Methodist Church.

"We have not heard back from the bank where we applied but we do hope to hear back soon,” said Rev. Charles Harrison. “I do think it's critical because I don't expect to have members back in the church until June and it could be longer than that. We just don't know if the online giving will continue at that level."

As churches scramble to keep their doors open and pay their workers, half a dozen national groups like the Interfaith Alliance sent a letter to the SBOA saying, “taxpayer funds may not be used to support religious activities” and urging the federal government to create best practices for administering the funds.

"I think this is an unprecedented change to both how emergency funds are administered,” said Katy Joseph, federal policy director at the Interfaith Alliance. “This is a program administered by a federal agency that should be sensitive to church/state separation issues. They have an obligation to abide by the first amendment, including the establishment clause and how they administer programs with our tax dollars."

A pastor with People For the American Way also expressed concerns.

"I do believe in the separation of the church and state,” said Rev. Timothy McDonald, an Atlanta-based pastor. “Having the government pay clergy salaries would be a terribly divisive idea, one that would generate anger and hostility toward communities of faith and harm the cause of religious freedom. The separation of church and state protects my freedom as a preacher and it preserves genuine religious liberty for all Americans, of every faith and none."

The Interfaith Alliance urges pastors and congregations to have conversations about whether to accept federal funds.

Both Moore and Harrison told RTV6 they’ve had those discussions among church leadership.

"There was some trepidation from some of our leaders about whether we should take these funds," Moore said. “We had to very clear that if we take this federal funding they wouldn’t come in and change how we operate and the hiring of certain situations.”

"I think a lot of churches are a little fearful if you take money from the government— what does that really mean,” Harrison said. “Will the government infringe upon the beliefs and practices of the church? So yes, we did have those discussions among the leadership in our church."

Both Pastors Moore and Harrison said accepting an SBA loan is an anomaly and hopefully a one-time thing prompted by COVID-19.

They say accepting federal funds will allow them to continue to keep people employed, provide valuable services to the community and allow them to reopen when it’s safe to do so.

The SBA has already approved more than 35,000 paycheck protection program loans in Indiana, but the agency is not saying how many are for churches.