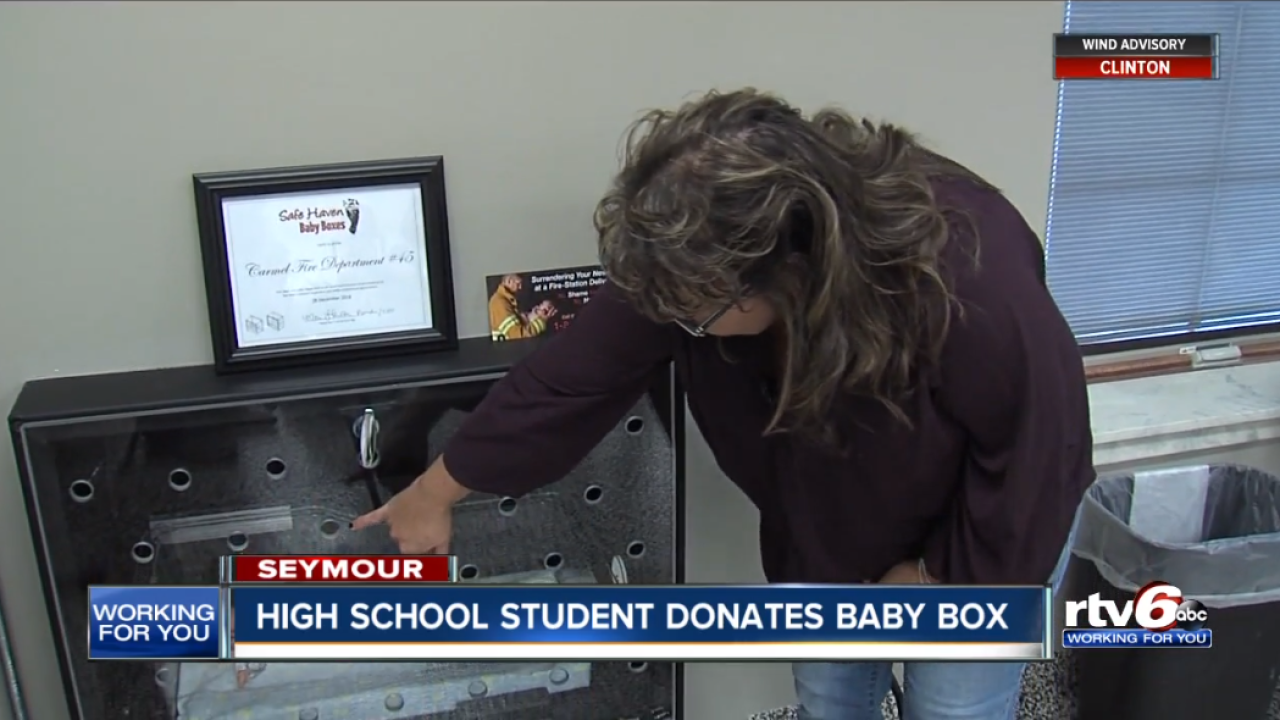 SEYMOUR — A Seymour Fire Station will be the home of another central Indiana baby box. The baby box was accepted by the Seymour council as a gift from a high school student on Monday night.

The box was paid for by a Columbus North High School student who decided that he would work at providing that box as his senior class project.

Hunter Wart worked for nearly a year to earn $10,000 needed to pay for the box. He originally wanted to gift the box to Columbus and install it at a fire station. Although, after four months of considering the idea of a baby box, Columbus declined box because it did not align with the Columbus Fire Department's current care standard regarding Indiana Safe Haven law.

The standards for the baby box include providing care for the surrendered infant, but also providing emotional support fort he parent who surrenders the infant.

At this time, Seymour is still working out the definitive details and an installation date.

The baby box will be installed at Seymour Fire Station 3, behind the Home Depot.