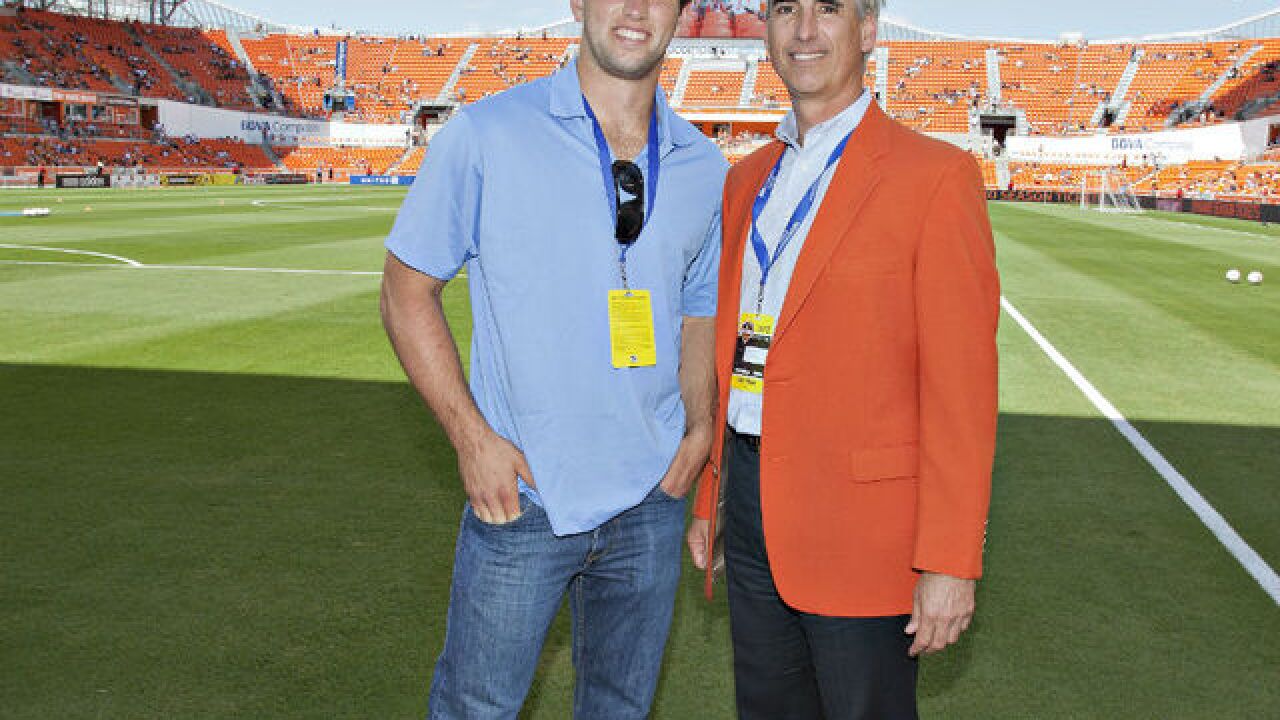 INDIANAPOLIS -- Oliver Luck, the father of Colts quarterback Andrew Luck, will leave Indianapolis and his position with the NCAA to become to commissioner and CEO of the XFL.

Oliver is currently the executive vice president of regulatory affairs for the NCAA, which is based in Indianapolis. He oversees all regulatory functions for the organization, including eligibility, enforcement, and academic affairs.

"Football has been a constant in my life for more than 40 years," Luck said in a video announcement. "The games will be affordable for the entire family."

We are proud to announce that former #NFL and #NCAA executive and quarterback @OliverLuckXFL has been named the #XFL Commissioner & CEO. pic.twitter.com/ROzr027Bld

PREVIOUS | Vince McMahon is bringing back the XFL in 2020

The XFL is scheduled to begin in 2020 with eight teams.