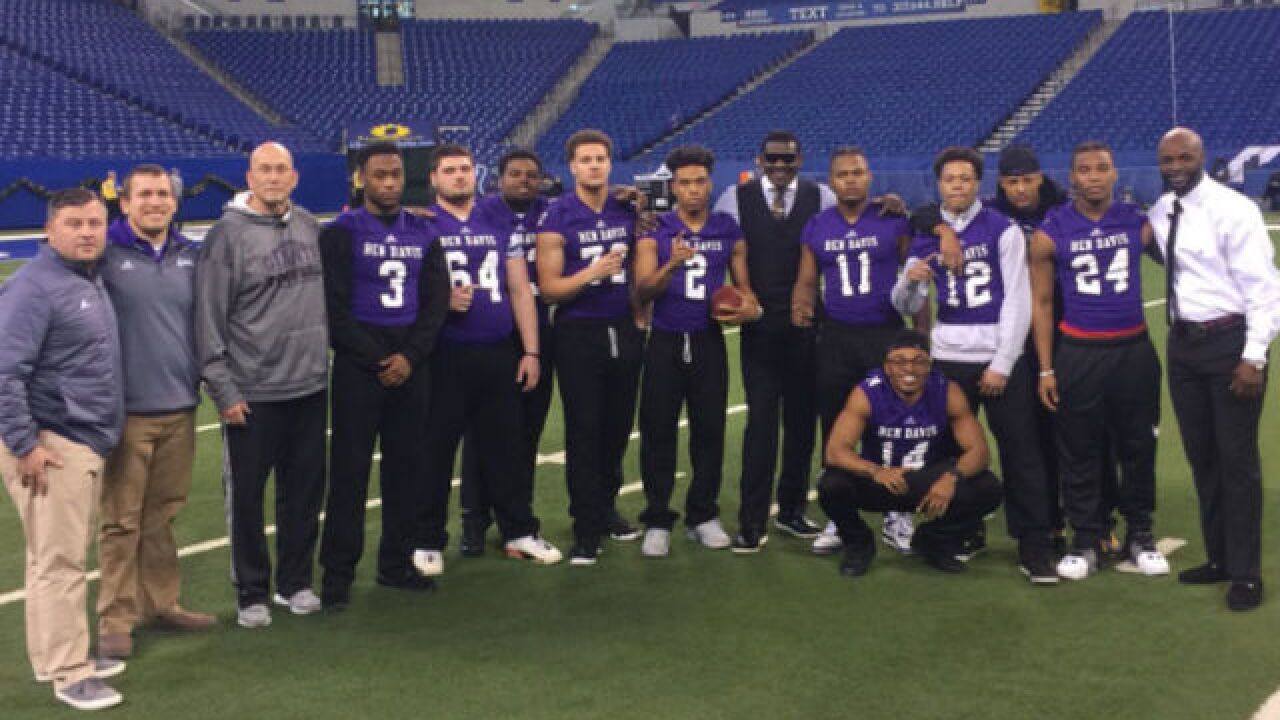 Copyright 2017 Scripps Media, Inc. All rights reserved. This material may not be published, broadcast, rewritten, or redistributed.
<p>(via Ben Davis FB on Twitter)</p>

INDIANAPOLIS -- The Ben Davis Giants football team was honored by the NFL Network before the Indianapolis Colts game Thursday night for their championship season.

The Giants finished off a perfect season on Nov. 25 with a 63-14 win over Penn High School at Lucas Oil Stadium to take home the Class 6A state title.

Back in Lucas Oil Stadium with Reggie Wayne and Michael Irvin on NFL Network! pic.twitter.com/eNm1OB75p9

Amazing to meet NFL LEGENDS Michael Irvin, Reggie Wayne and Steve Smith today. Tune in to @nflnetwork after 6pm tonight to see some of our players run a play with them! pic.twitter.com/rb6wHdLWIn

The network aired an interview with the team and Head Coach Mike Kirschner before the Colts-Broncos game.