Butler holds off Purdue for 70-61 win 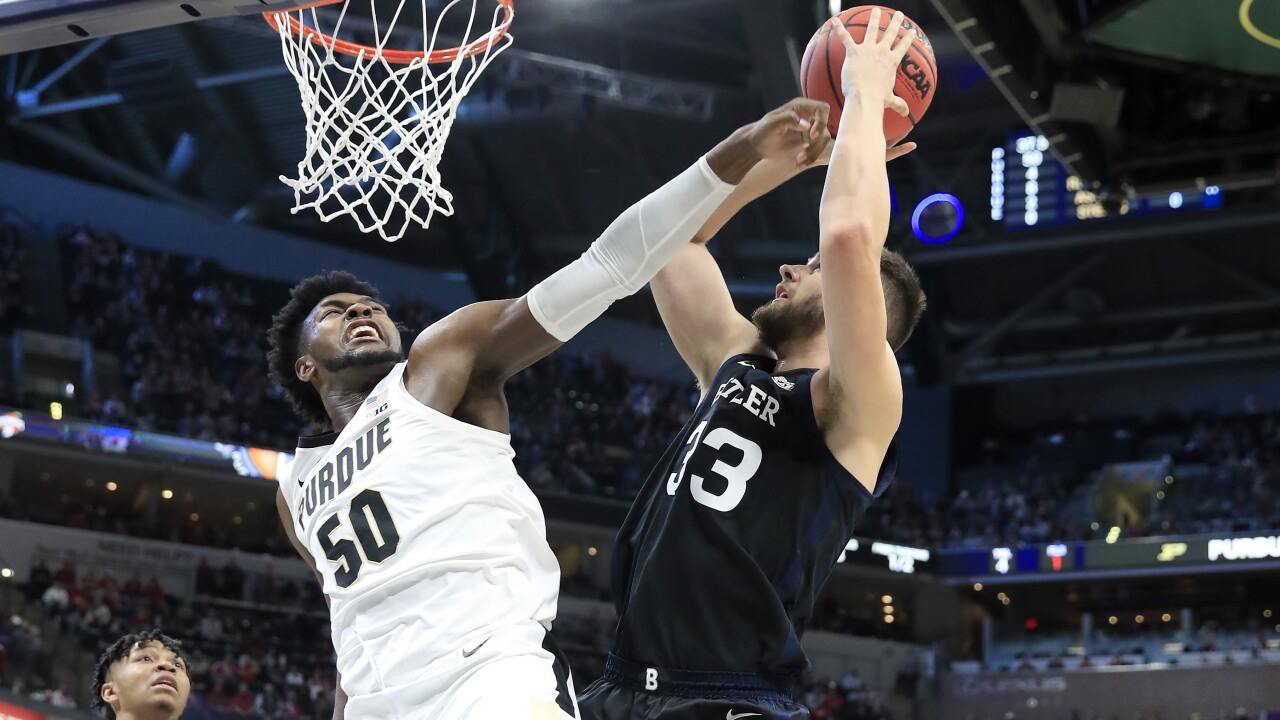 Andy Lyons/Getty Images
INDIANAPOLIS, INDIANA - DECEMBER 21: Bryce Golden #33 of the Butler Bulldogs shoots the ball while defended by Trevion Williams #50 of the Purdue Boilermakers during the Crossroads Classic at Bankers Life Fieldhouse on December 21, 2019 in Indianapolis, Indiana. (Photo by Andy Lyons/Getty Images)

INDIANAPOLIS — Butler held off Purdue late in the second half for a 70-61 win in the Crossroads Classic at Bankers Life Fieldhouse.

The Bulldogs looked to be in control when they went up by 17 points early in the second half and then led by 14 with less than six minutes to go. But Purdue came storming back and pulled to within four points with less than one minute to go.

From there, it was all Butler. The Bulldogs scored eight points in 35 seconds to put things away.

Bryce Golden led the Bulldogs with 14 points, while Trevion Williams had 12 points and 10 rebounds for Purdue.