Butler moves closer to 20 win mark with victory over Xavier

Bulldogs now 19-6 for the season 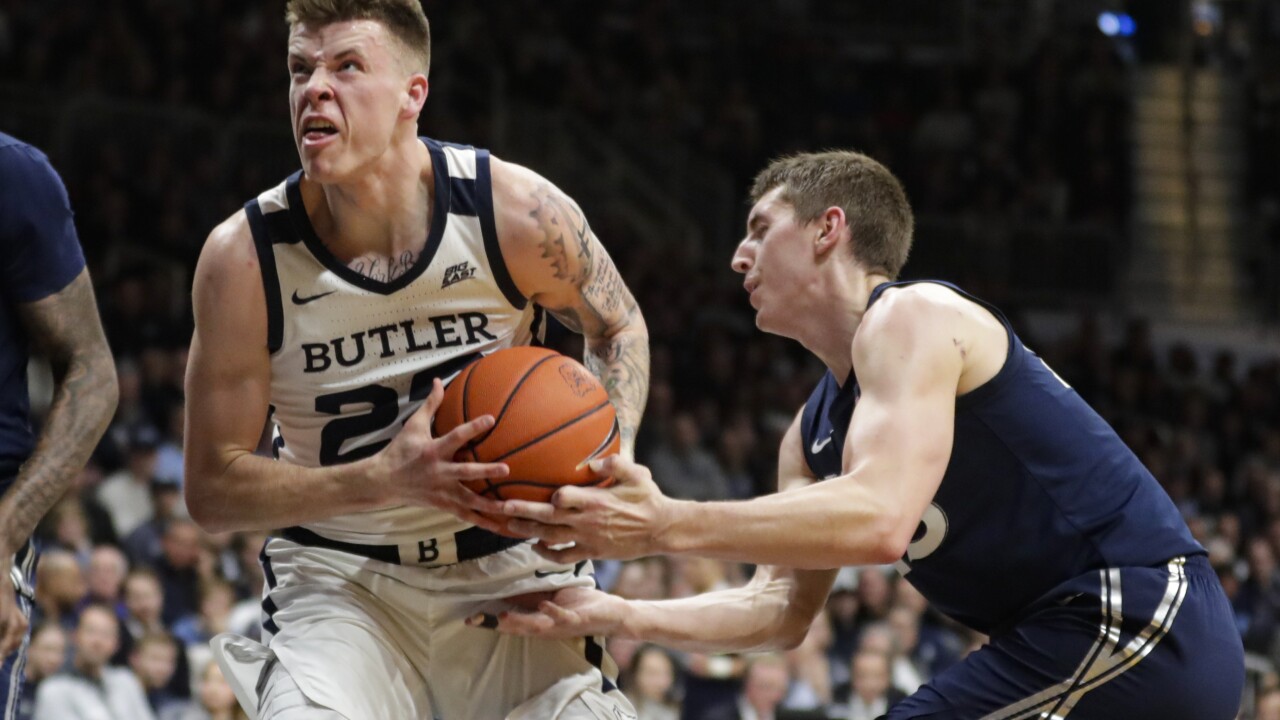 INDIANAPOLIS — Butler held off a second half comeback attempt by Xavier for a 66-61 win Wednesday at Hinkle Fieldhouse.

The Bulldogs held the Musketeers to 23 first half points in the low scoring defensive battle.

With less than six minutes to go in the second half, Butler was up by 14 and appeared to be in control, only to be outscored by Xavier 18-9 over the remainder of the game. But it wasn't enough for the Musketeers and the Dogs came away with the win.

Sean McDermott had 14 points to lead Butler. The Dogs are now 19-6 overall and 7-5 in the Big East. They host Georgetown Saturday.

Xavier saw a three game winning streak snapped and is now 16-9 overall and 5-7 in conference play.