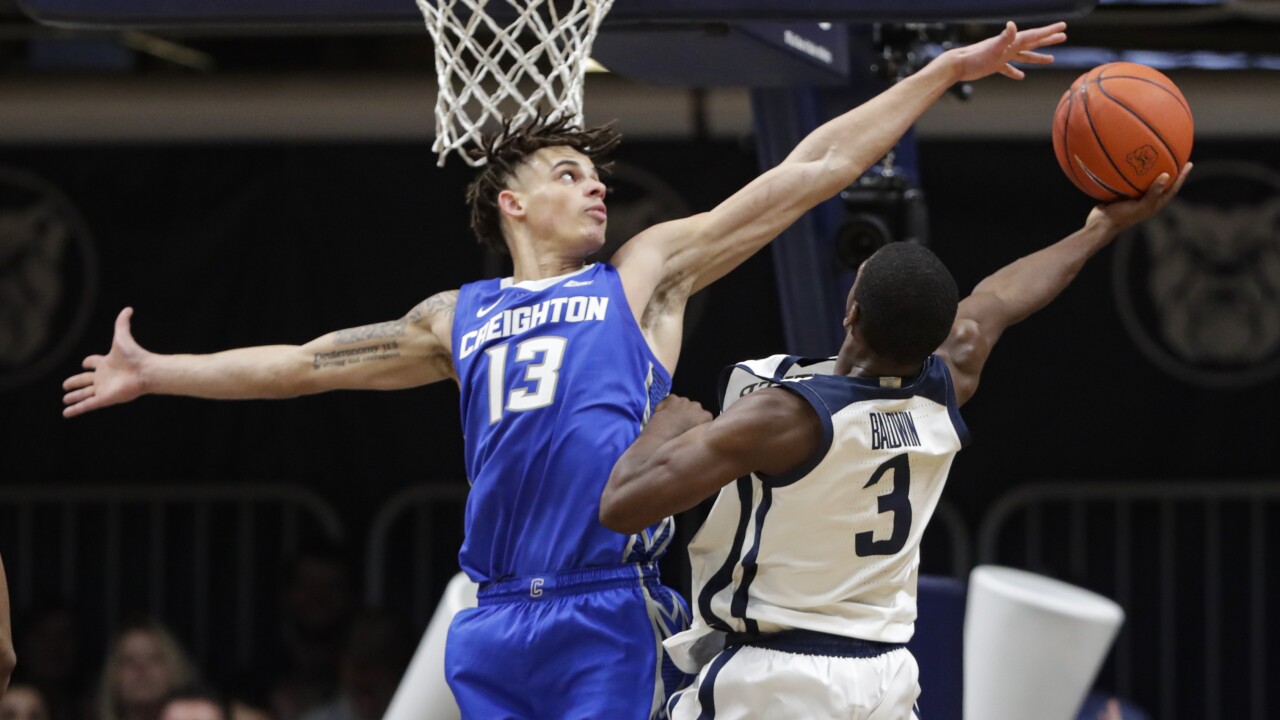 INDIANAPOLIS — Kamar Baldwin got hot in the second half to lead Butler to a 71-57 win over Creighton Saturday at Hinkle Fieldhouse.

Baldwin, who averages 14 points per game, was shut down in the first half. In the second, he had 20 points.

Butler showed again why it is one of the top defensive teams in the nation, holding the Bluejays to 38% shooting.

The Bulldogs, who had a 10-point halftime lead, saw Creighton rally in the second half, pulling to within four points with 6:30 to play. From there, Butler closed out the game with a 17-7 run.

Butler is now 14-1 overall and 2-0 in Big East play. The Bullogs came into the game ranked 10th nationally in the Coaches Poll and 11th in the Associated Press rankings.

Besides Baldwin's 20 points, Butler got 18 points and 11 rebounds from Sean McDermott.

Creighton (12-3, 1-1) was led by Marcus Zegarowski with 15 points, but only three of those came in the second half.

The Bulldogs are off until Friday when they travel to Providence.