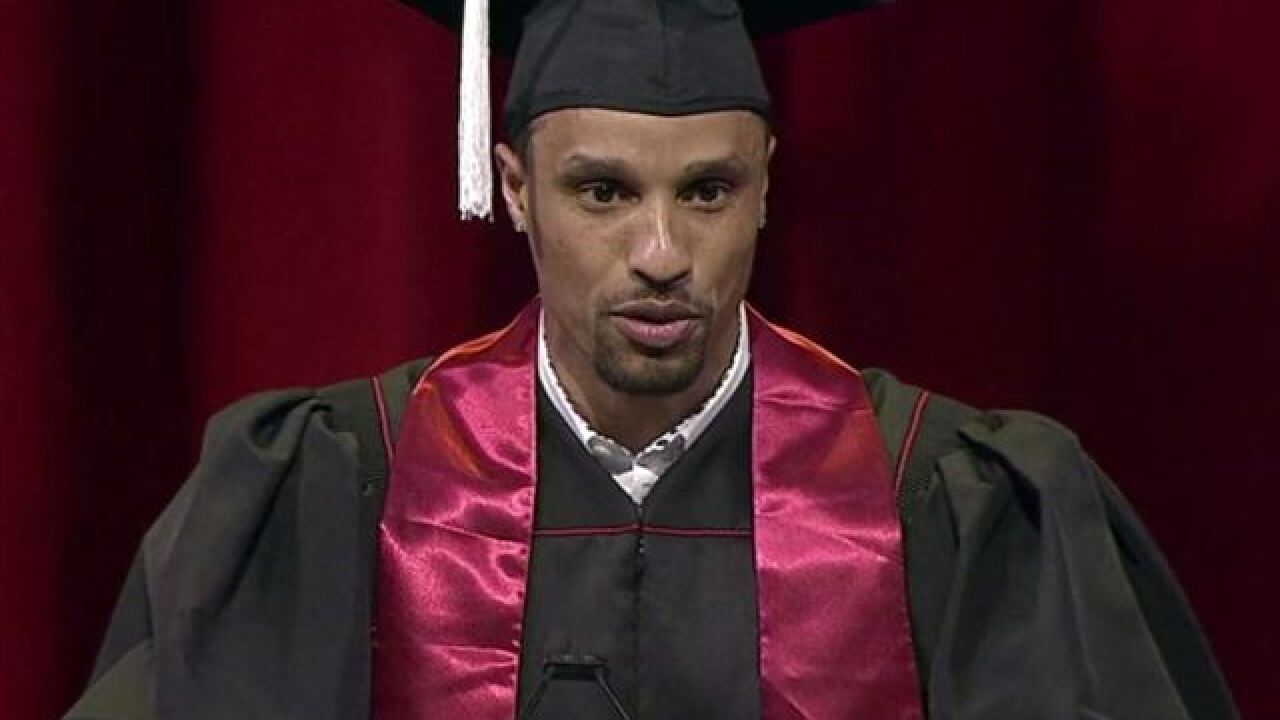 Cleveland’s starting guard missed practice Saturday and had a good excuse for his absence — he graduated from college.

Hill received his diploma from IUPUI and took part in commencement ceremonies in Indianapolis while his teammates got in one last workout before heading to Boston for Game 1 of the Eastern Conference finals.

The 32-year-old Hill, who played for the Jaguars from 2004-08, a received his degree from the School of Liberal Arts. He was one of two student speakers to address the new graduates.

Cavs coach Tyronn Lue said Hill would rejoin the team in time for the series opener Sunday against the Celtics.

Hill joined the Cavs in February, coming over in a trade from Sacramento. He was slowed by back spasms and missed three games in the first round of the playoffs against Indiana, but returned and played a key role in the Cavs’ Game 7 win as well as Cleveland’s four-game sweep of Toronto.

Hill, who also played in the postseason for San Antonio and Indiana, has helped settle a troubling position for the Cavs. Cleveland traded All-Star guard Kyrie Irving last summer to Boston and have used numerous point guards this season.

The Cavs struggled without him against the Pacers, but Hill returned for the series finale. Although he was on a minutes’ restriction, he scored 11 points — all in the second half — and helped Cleveland advance.

“He’s been great,” Lue said. “Just coming into Game 7 versus Indiana where he hadn’t played in 3 ½ games, to come out and play the half of basketball that he played, he was tremendous. So, just his experience of being in the playoffs, being in the Eastern Conference finals when he played for Indiana, playing against the Miami teams, he knows what it’s about. So, it’s great having a veteran like that on the team.”