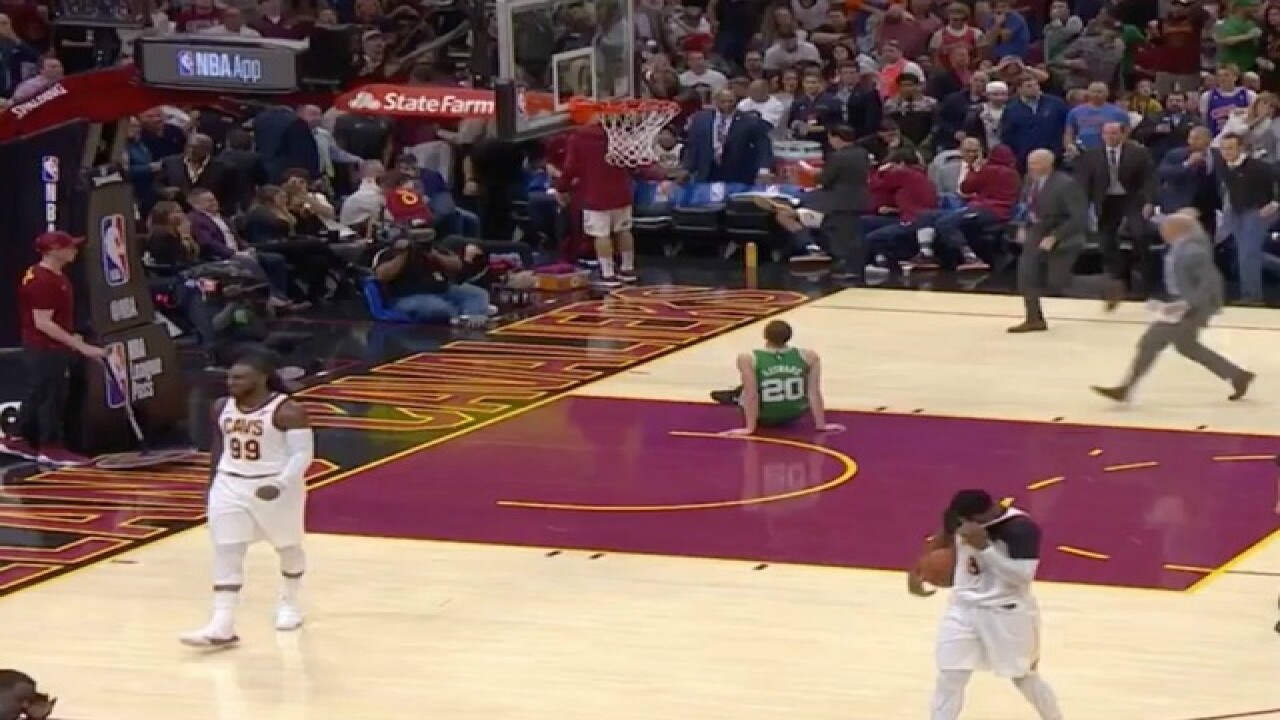 Copyright 2017 Scripps Media, Inc. All rights reserved. This material may not be published, broadcast, rewritten, or redistributed.
<p>(Screenshot via TNT)</p>

Boston Celtics forward and former Butler University star Gordon Hayward suffered an awful-looking leg injury in the first quarter of the Celtics' first game of the season at the Cleveland Cavaliers on Tuesday night.

Hayward came down hard after jumping for a pass, and the severity of the injury was immediate. Celtics and Cavaliers both looked away as they realized what had happened. He remained on the floor for several minutes before being taken off the court on a stretcher.

The 27-year-old Hayward was the ninth overall pick by the Utah Jazz in the 2010 NBA Draft. He played for the Jazz for seven seasons and was a 2017 All-Star selection. He signed with the Celtics in July.

Our thoughts and prayers are with @gordonhayward for a quick and full recovery from that nasty on court injury.

#NEBHInjuryReport: After a medical evaluation by Celtics/Cavs medical personnel Gordon Hayward has been diagnosed w/ a fractured left ankle.