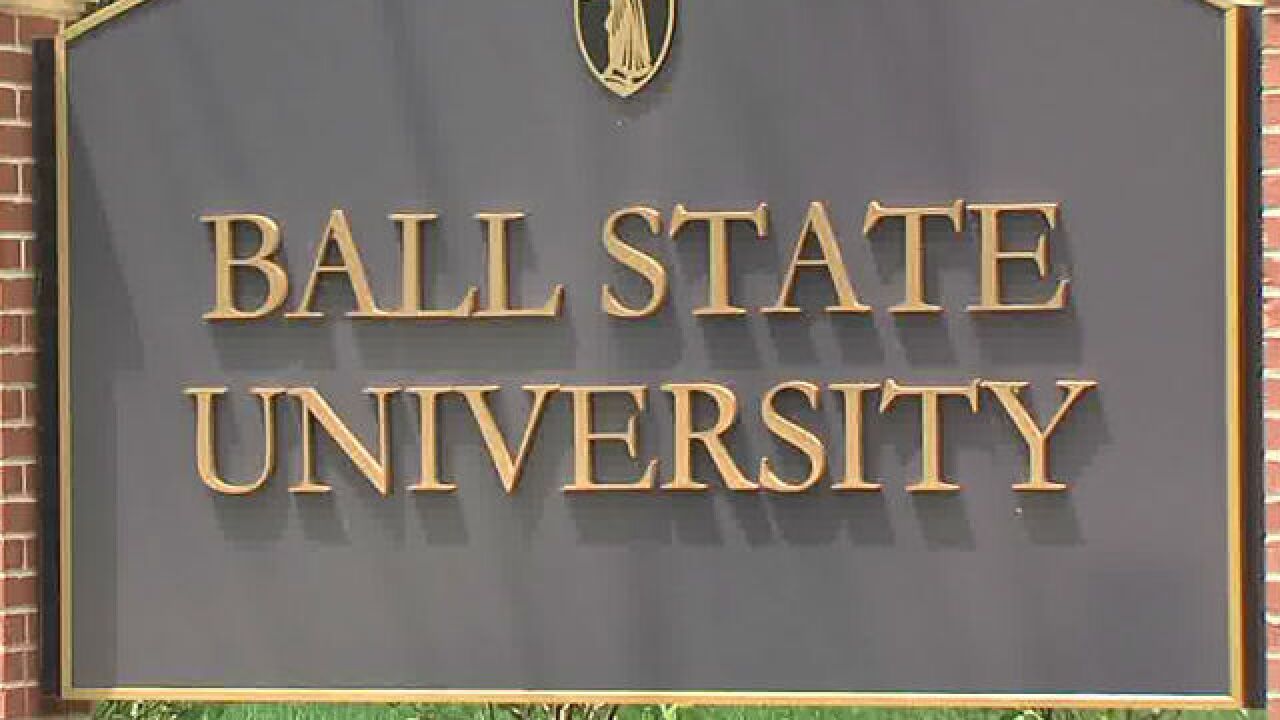 Both changed Tuesday night on Tayler Persons' left-wing 3-pointer with 1.7 seconds remaining as the Cardinals shocked the ninth-ranked Fighting Irish 80-77 at Purcell Pavilion.

Yes, @BallStateMBB just took down No. 9 @NDmbb. See the last 9 seconds of play, including a game-winning 3-pointer from @TaylerPersons8. pic.twitter.com/sJK0hgsaNN

Persons scored 24 points, Tahjai Teague added 13 and Sean Sellers had 11 as Ball State knocked off a nationally ranked opponent for the first time since downing No. 4 UCLA 91-73 more than 16 years ago.

Notre Dame (7-2) lost a nonconference home game for the first time since falling to North Dakota State four years ago.

Persons then drained his 3-pointer off the dribble for the victory.

"I think we stayed relaxed because as a team, I think we've grown a lot," Persons said. "We know how to play in any moment, and it was rocking in there and that's a fun environment for anyone to be in."

Ball State had lost each of nine previous meetings to its in-state rival, the most recent being almost 32 years ago by a 119-78 count. The closest the Cardinals had come against the Irish was 14 points, and ND's average margin of victory had been 29.

Bonzie Colson led all players with 26 points for the Irish. Farrell added 14 points and eight assists with no turnovers, while Martinas Geben finished with 12 points.

The Cardinals consistently gave themselves extra opportunities with their crashing of the offensive glass.

"They got us on the backboards," Irish coach Mike Brey said after his team was outrebounded 40-26 overall. "You know what, give them credit. They played great."

The rebounding totals landed as they did despite the Cardinals being outboarded 37.1 to 34.8 per game going into the contest and the Irish holding a 35.8 to 33.6 advantage in their games.

The Cardinals won their fourth straight game, all four coming against in-state opponents, and it shouldn't be any surprise that Ball State would be stoked for such contests.

The team's roster includes 11 players hailing from Indiana high schools, easily the most of any Division I program in the state.

Four of those native sons are starters, too, in Persons (Kokomo), Teague (Indianapolis), Sellers (Greensburg) and Kyle Mallers (Fort Wayne).

Persons is a redshirt junior who transferred from Northern Kentucky after his freshman season, while Teague and Mallers are just sophomores. Sellers is a senior.

"I give credit to all our guys," Persons said. "Every time out, we just tried to settle each other down. . (We) just played to win. That's what our coach tells us and that's what we do."

Under coach James Whitford, Ball State is 46-31 over the last two-plus seasons after going 12-48 over his first two.

Notre Dame: The Irish continue to struggle on the heels of winning the Maui Invitational, dropping their second loss in three games. They were whipped 81-63 last week at Michigan State, then downed St. Francis Brooklyn 71-53 in a rugged contest Sunday that saw Brey ejected for the first time in his 23-year head coaching career.