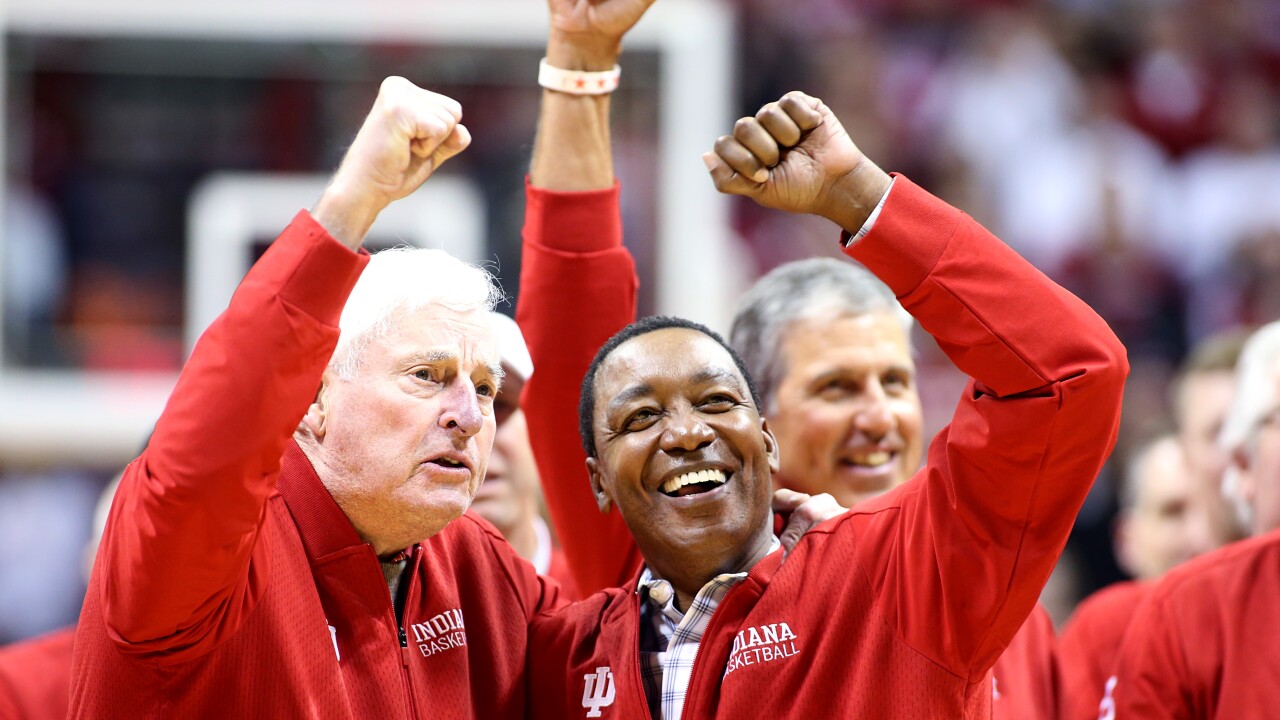 BLOOMINGTON — Bob Knight was back at Assembly Hall Thursday night for the IU women's basketball team's game against Nebraska.

The Big Ten Network showed Knight sitting in the stands and eating from a box of popcorn, a less raucous affair than on Feb. 8 when Knight was joined at halftime by dozens of his former players in a moment many in Indiana doubted would ever happen.

Knight coached IU from 1971 to 2000 and led the Hoosiers to three national championships.

His firing on Sept. 10, 2000 left bitterness on both sides, but it appears the wounds of the past have healed.