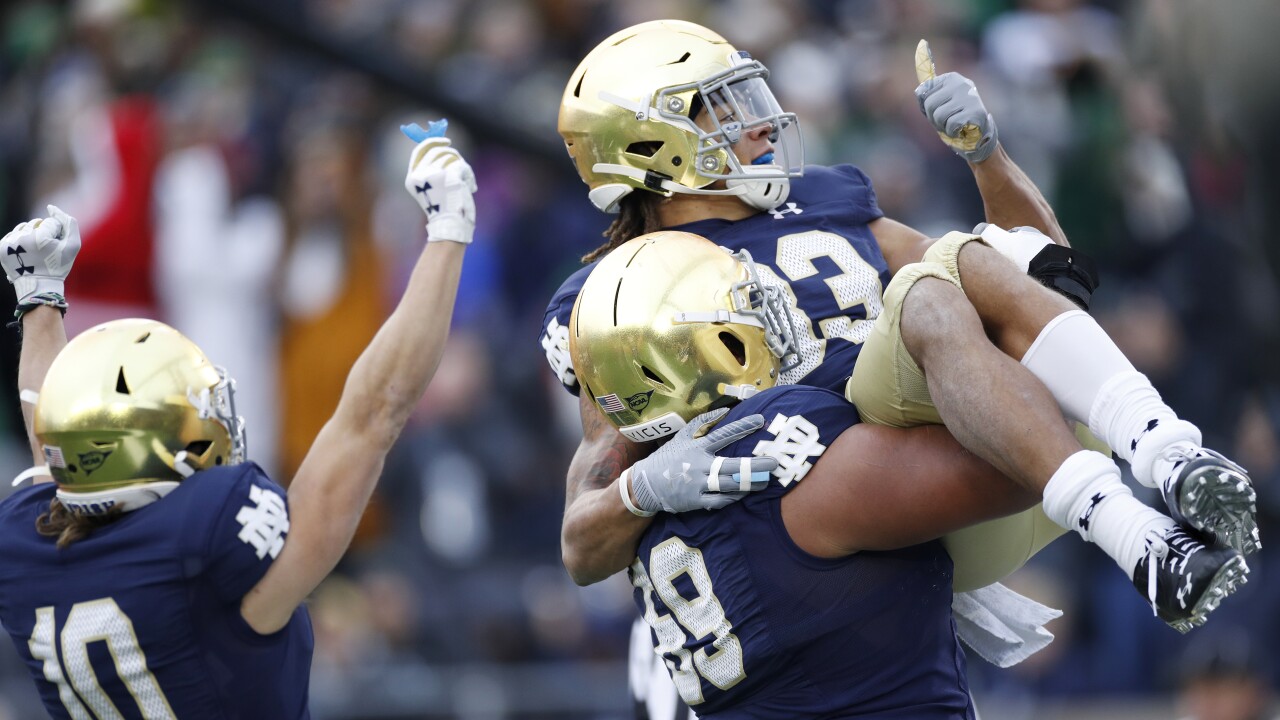 The fourth-straight victory by the Fighting Irish (9-2, No. 15 CFP) completed their second straight unbeaten season (7-0) at Notre Dame Stadium, where they have won 18 straight. But for the second straight week, the stadium was not filled after a streak of 273 sellouts since 1973.

Book’s second touchdown pass, an 11-yarder to Cole Kmet, followed a fumble recovery by linebacker Drew White. On their next possession, wideout Braden Lenzy zipped 61 yards on a jet sweep to put the Irish in command 33-7 heading into the fourth quarter.

Book completed 26 of 40 passes for 239 yards and led the Irish with 66 yards on 12 carries. He connected with Chase Claypool on a 6-yard TD in the second quarter and Chris Finke for a 6-yard score in the final quarter that was set up by freshman safety Kyle Hamilton’s team-leading fourth interception.

Boston College’s only touchdown came in the second quarter on a 1-yard run by quarterback Dennis Grosel, who managed just 63 yards on 9-of-20 passing and was sacked four times by the Irish, twice by defensive end Adetokunbo Ogundeji.

Boston College: The Eagles were fifth in the nation in rushing at 282.2 yards a game coming in, but were held to 128. AJ Dillon, a 250-pound junior who had 1,451 yards entering the game, was held to 56 yards on 14 carries. The 16-play, 84-yard scoring drive leading to Grosel’s TD that took 6:52 off the second-quarter clock and temporarily provided a 7-6 lead was the highlight of a long day.

Notre Dame: The Irish scored on four of five first-half possessions, but four offensive line penalties, including three of false starts, bogged down the drives and forced field goals. Book and the Irish heated up in the second half, finishing with 501 total yards, 252 on the ground and 249 through the air. It was their third game of the season over 500 yards.

Notre Dame: The Irish probably won’t make any significant move up from No. 15.

Boston College: Closes the regular season at ACC rival Pittsburgh in need of a victory to become bowl eligible.