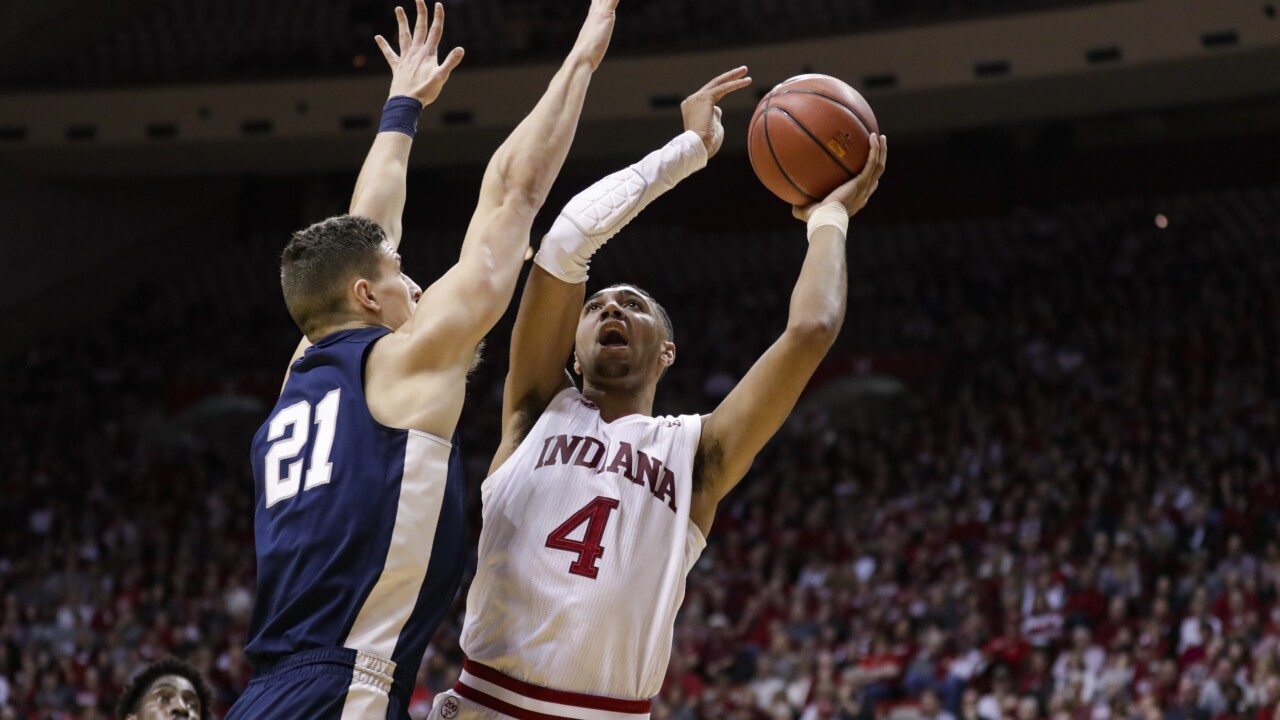 BLOOMINGTON — Al Durham scored 14 points and Trayce Jackson-Davis had 13 points and 10 rebounds to lead Indiana to a 68-60 victory over No. 9 Penn State on Sunday.

Devonte Green contributed 10 points for the Hoosiers (18-9, 8-8 Big Ten), who started hot, but needed to hit their final four free throws to help seal the win.

The Nittany Lions opened the second half with 12 unanswered points to slice Indiana’s 13-point halftime lead to 37-36. The Hoosiers’ cold streak continued as Penn State took a 48-42 lead with 12:17 left.

In a game of long scoring droughts by each team, the Hoosiers regained control with a 11-0 run punctuated by a dunk by Jackson-Davis to take a 55-48 lead.

Stevens, who picked up two fouls early, had 14 for the Nittany Lions in the opening half. He finished with four fouls.

Penn State closed the deficit to 26-18 before the Hoosiers answered with 11 unanswered points to take a 37-18 lead. The Nittany Lions scored the final six points of the half.

Penn State: After winning eight in a row, the Nittany Lions have cooled off. They have lost two in a row and saw their hopes for a Big Ten regular season title diminished.

Indiana: The Hoosiers have now won two in a row and improved their NCAA Tournament hopes with a victory over a ranked team.

Penn State will likely drop several spots in the rankings after losing to unranked Illinois at home on Tuesday night and now unranked Indiana.

Indiana travels to Purdue on Thursday night. The visiting Boilermakers beat the Hoosiers 74-62 on Feb. 8.