Former IU baseball standout Kyle Schwarber has his own bobblehead 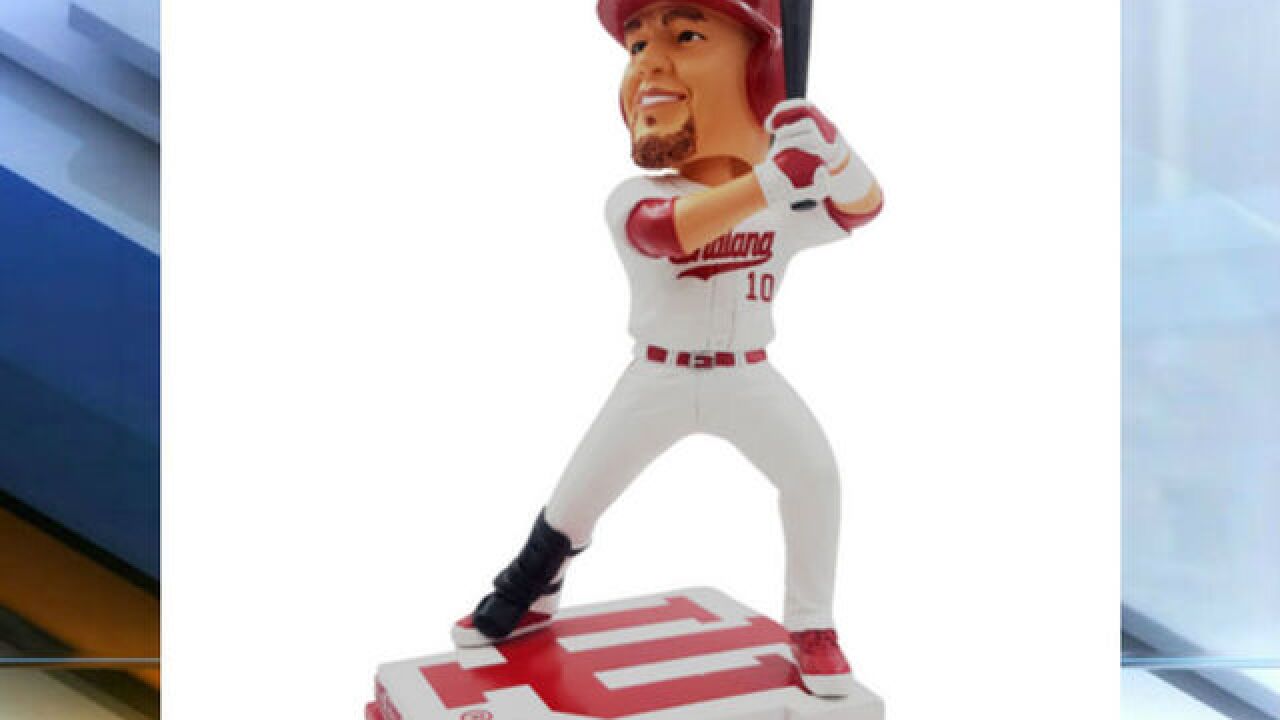 INDIANAPOLIS -- A former Indiana University standout baseball player now has his own bobblehead.

The National Bobblehead Hall of Fame and Museum unveiled a new bobblehead of Kyle Schwarber, who played for the Hoosiers' baseball team from 2012-2014.

Schwarber was the No. 4 overall pick of the 2014 MLB Draft, the highest pick in Indiana baseball history. At IU, he was a two-time First Team All-American.

He ranks in the top ten in the school's history in slugging percentage, home runs, hits, triples and runs.

Schwarber won a World Series in 2016 with the Chicago Cubs, although he has been mentioned in trade talks.

The bobbleheads can be bought for $40 with an $8 shipping charge. For more information, click here.