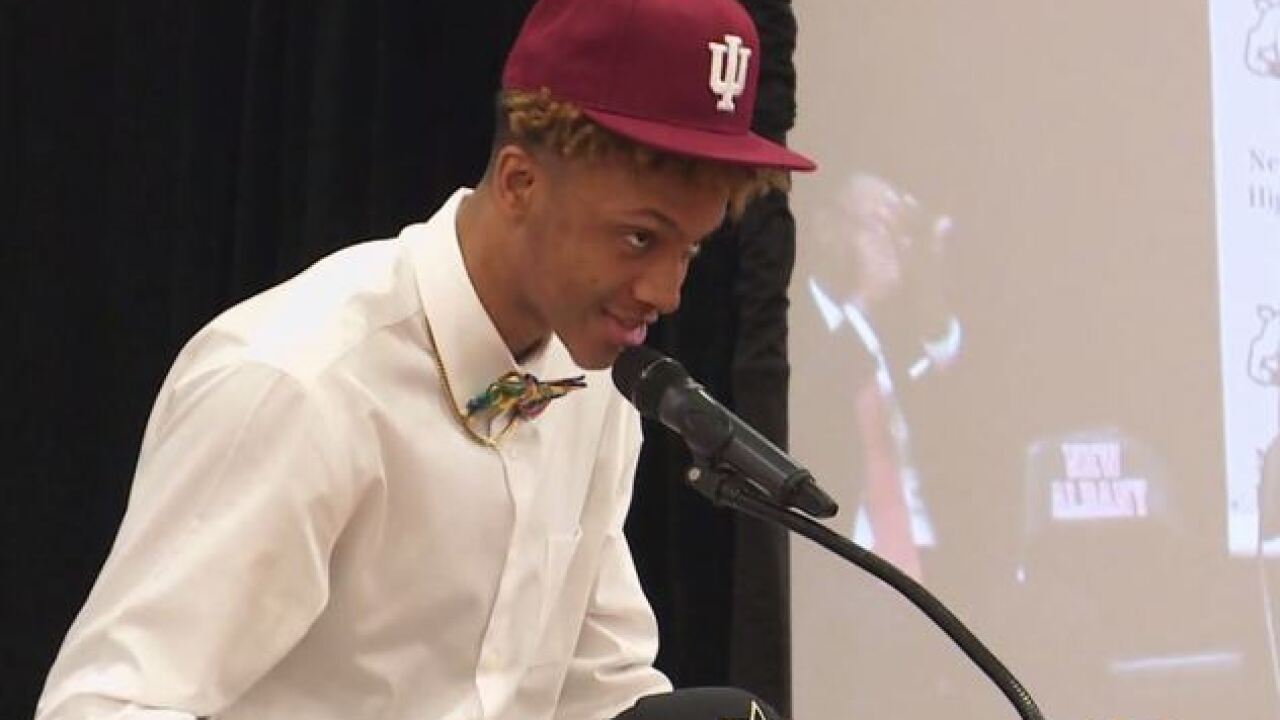 One day after the prized recruit was named the IndyStar’s Mr. Basketball Award winner, he stood in front of a large crowd inside New Albany’s high school gym and made it official by putting on a crimson Hoosiers hat.

“I want to thank all the coaches who recruited me and saw something in me and wanted me to play for their great programs,” he said, winding up to one of the most anticipated high school announcements in years in this basketball-rich state. “With that being said, I’m going to continue my education and basketball career at...”

He immediately becomes the top prospect in one of next fall’s top recruiting classes.

Langford is generally regarded as one of the nation’s top 10 prep players.

He received the most votes on the Associated Press’ all-state team each of the past three years and averaged 35.5 points, 9.9 rebounds, 3.7 assists, 3.0 steals and 1.9 blocks last season when he was named a McDonald’s All-American.

Langford led New Albany to the Class 4A state championship as a junior and finished his career ranked No. 4 all-time among Indiana boys in scoring with 3,002 points.

The 6-foot-5 senior joins a class that already included two other all-state selections — 6-1 guard Rob Phinisee of McCutcheon and 6-7 forward Damezi Anderson of South Bend. Phinisee was elected to the first team and Anderson to the second team by a panel of Indiana sports writers and sports broadcasters with input from coaches.

The other recruits in this class are 6-7 forward Jerome Hunter from Ohio, and 6-8 forward Jake Forrester from Pennsylvania.

But the buildup to the announcement was a combination of old-school atmosphere and a trendy new style.

Some fans lined up for hours around the gym and when the extended program began, Langford was joined on stage by his family and friends.

On the lectern were three hats — Vanderbilt, Indiana and Kansas.

So after spending so much time deflecting questions about his future plans, Langford provided one more playful tease — reaching first for the Vanderbilt hat before finally grabbing the Indiana one.