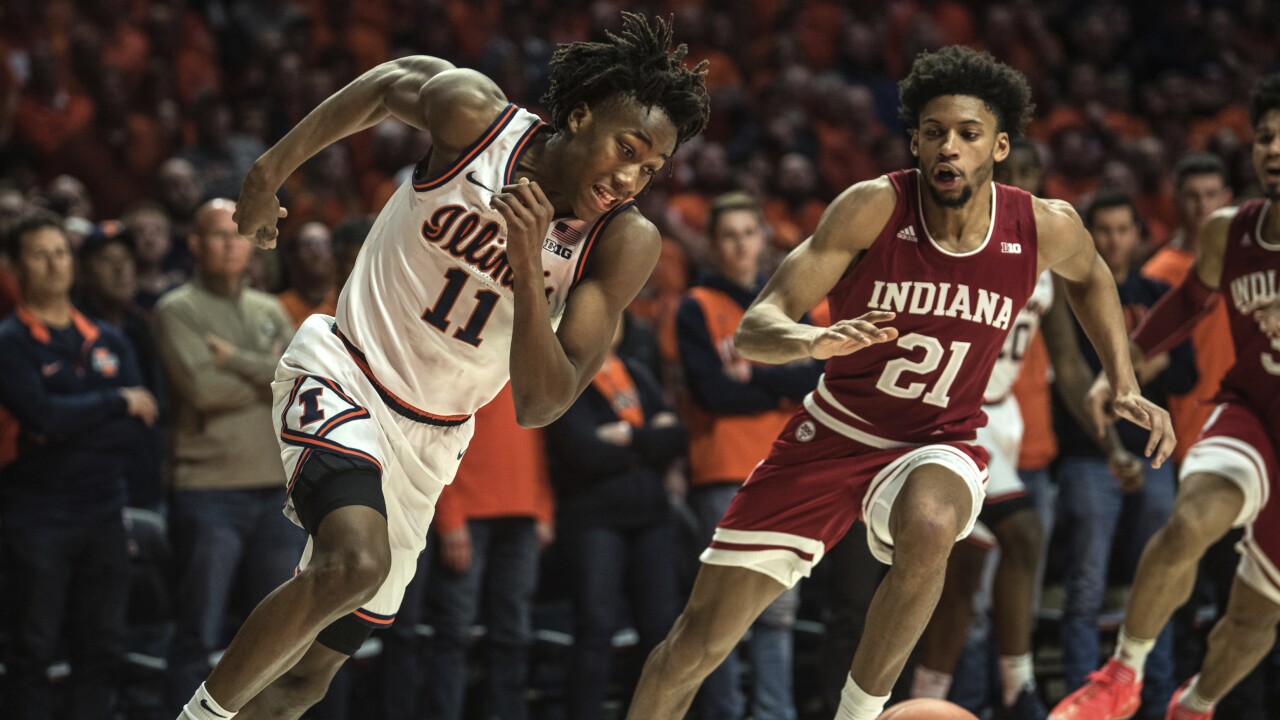 CHAMPAIGN, Ill. — Ayo Dosunmu is becoming legendary at Illinois for his hustle, talent and an intangible yet reliable ability to take over a game and win it in the final seconds.

On Sunday, the sophomore guard added another chapter, scoring a game-high 17 points, including a key 3-pointer down the stretch, to lead Illinois over Indiana 67-66.

“He’s amazing,” Illinois coach Brad Underwood said. “I’m blessed to have guys like Ayo and Kofi (Cockburn). Ayo did that in high school. He’s confident and a winner, period.”

Following a missed Illinois free throw by Da’Monte Williams, Andres Feliz ripped the ball away from Phinisee and called a timeout for Illinois with 13 seconds left.

Dosunmu was fouled intentionally and hit both free throws to make the score 67-63. Phinisee hit a 3-pointer at the buzzer for the Hoosiers to make the final score 67-66.

“I’m pretty confident and I put the work in,” Dosunmu said. “So when the time comes, I can take the right shot.”

It was a physical and close game from the opening tip. Indiana’s largest lead was five points, while Illinois’ was seven The Illini needed runs of 7-0 and 9-0 in the second half to pull ahead.

“That was a good win for Illinois,” Indiana coach Archie Miller said. “I have to give our guys credit, too, for playing hard and giving us a chance to win it at the end.”

Underwood saw much he liked going into the final week of the regular season.

“That was a great Big Ten basketball game,” he said. “It’s March now. You get beat, you go home. This right here is why you work and sweat so much back in July. To get to this point makes it all worthwhile.”

Indiana: The Hoosiers have dropped two straight and dropped into a tie for 10th.

Illinois: The Illini needed the win and pulls into a tie for second place with Michigan State in the conference with two games left in the regular season.

Asked whether he used to envision himself winning games at the last second when he was younger, Dosunmo laughed.

Sophomore forward and crowd favorite Giorgi Bezhanishvili has been in a bad spot the past couple of months, struggling to score or contribute at all. He lost his starting role and helps back up Cockburn at the post.

But the 6-feet-9 native of the country of Georgia played a smart game on Sunday, and his coach noticed.

“Giorgi was more confident today,” Underwood said after Bezhanishvili scored six points and grabbed six rebounds. “I’m really proud of Giorgi. No one works harder than he does. I need to quit talking about him or I’m going to get emotional. He’s just a really good kid.”

Underwood understands that his team is talented and stands a real chance of contending for the conference crown and possibly going deep into the NCAA tournament.

“I feel like we’re in a really, really good place right now,” he said. “And it’s not even the plays on the floor, or the talent. It’s those guys in the locker room. If the locker room isn’t right, you’re not going to win. It’s all about character first, and that helps build the culture of winning.”

Indiana hosts Minnesota on Wednesday and Wisconsin on Saturday.

Illinois travels to No. 23 Ohio State on Thursday and finishes the regular season at home against No. 18 Iowa next Sunday.