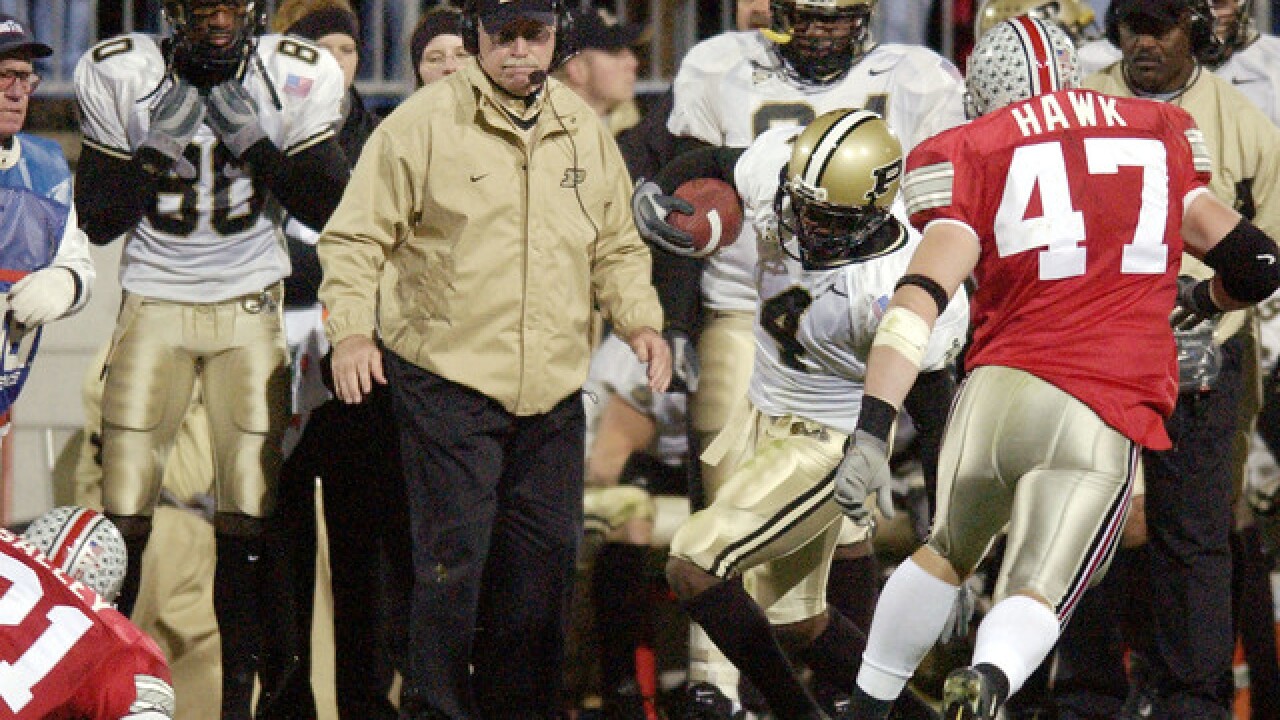 Tiller served as the Boilermaker's head football coach from 1997 to 2008 and was the winningest coach in school history with an 87-62 record.

Tiller was named the Big Ten and national Coach of the Year in 1997.

In January of 2008, Tiller was awarded the Order of the Griffin - one of Purdue’s highest honors - and was inducted into the Purdue Intercollegiate Athletics Hall of Fame in 2013. Joe Tiller Drive, located immediately north of Ross-Ade Stadium, was named in his honor Sept. 19, 2015.

A viewing is scheduled in Buffalo for Oct. 11 and the funeral Oct. 12.

We are saddened to report that Joe Tiller has passed away in Buffalo, Wyoming. Condolences to Arnette, Julie, Renee and Mike. RIP.

You can read more on Coach Tiller's long history with college football from Purdue Sports.