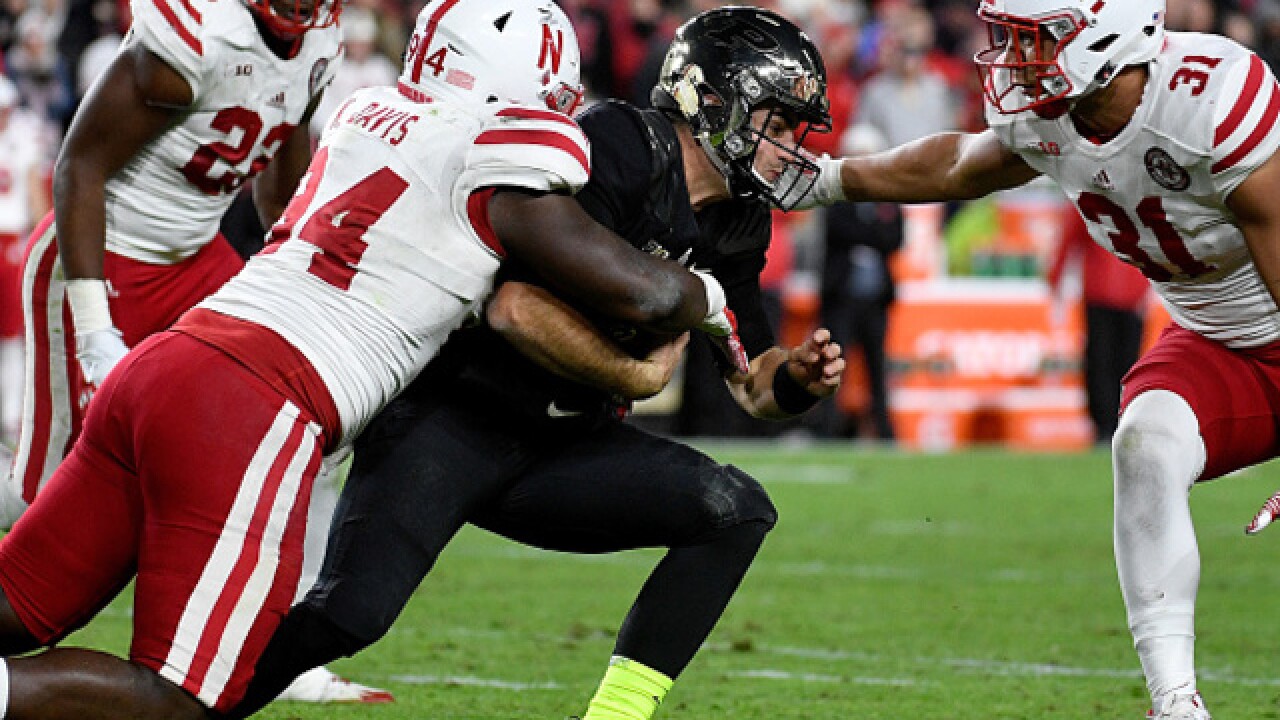 Lee capped the best night of his career with two TD passes in the final 11½ minutes to erase a 12-point deficit.

But Lee masterfully marched the Cornhuskers down field by taking advantage of the sideline and clock stoppages on first down plays, leaving just enough time to pull off the win.

Purdue (3-5, 1-4) only had time for a couple of plays and the game ended when Anthony Mahoungou stepped out of bounds near midfield as time expired.

The Boilermakers have lost three straight.

Lee wound up 32 of 50 for 431 yards — all career bests. Morgan caught six passes for 112 yards on a night the Cornhuskers rushed for only 40 yards.

The problem: Lee's late pass was the only Nebraska touchdown on six trips inside the red zone.

Purdue rushed for 199 yards as its struggling offense finally broke out of its funk. But quarterback David Blough couldn't get the first down to close it out after Nebraska failed to convert on fourth-and-6 from the Purdue 15.

And the Boilermakers' defense couldn't come up with one last stop in the closing seconds.

Nebraska: It wasn't easy and it sure didn't go according to plan. But the Cornhuskers survived — and ultimately that's all that really matters. Nebraska has moved within two victories of becoming bowl eligible.

Purdue: After an impressive start, the Boilermakers' bowl hopes have taken a major hit. They need to win three of the last four. And while remaining schedule is manageable (home against Illinois, at Northwestern, at Iowa and home against Indiana), Saturday's loss means there is no margin for error.

Nebraska: Hosts Northwestern on Nov. 4, a team it has beaten five times in the last six games.

Purdue: Will try to snap its losing streak when Illinois visits Ross-Ade Stadium on Nov. 4.