Purdue to face Arizona in the Foster Farms Bowl 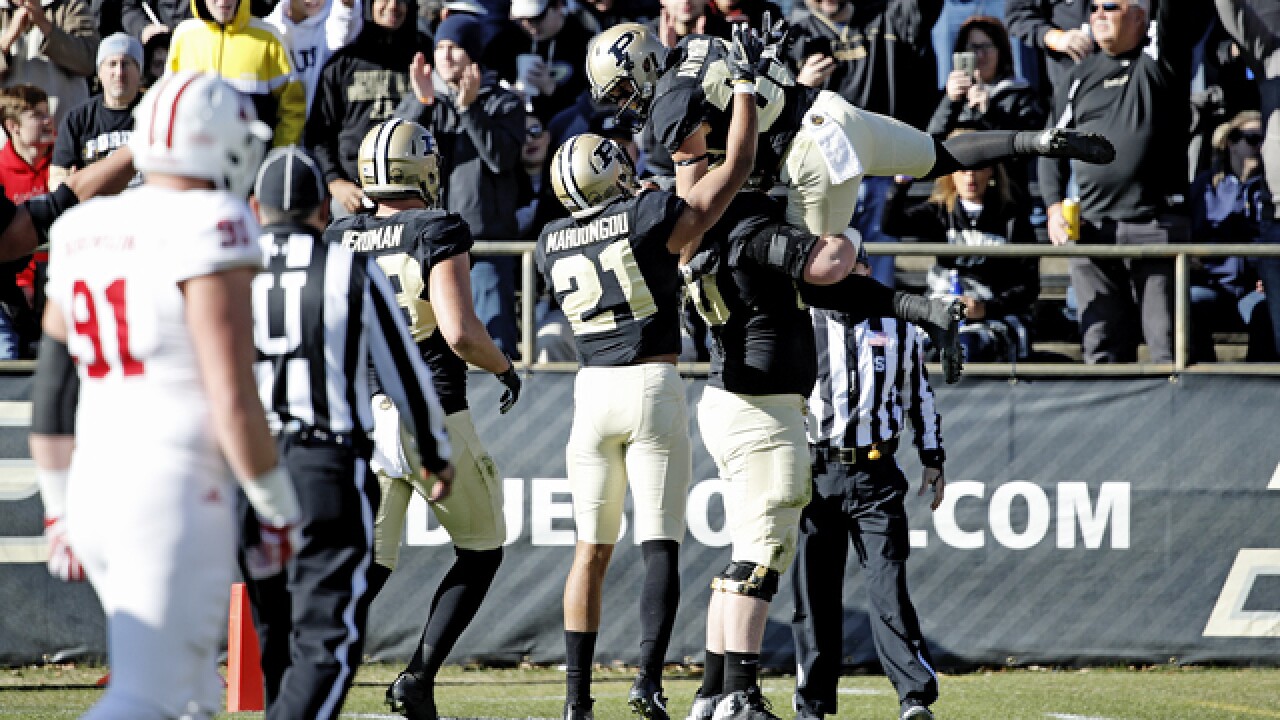 Copyright 2017 Scripps Media, Inc. All rights reserved. This material may not be published, broadcast, rewritten, or redistributed.
Joe Robbins
<p>WEST LAFAYETTE, IN - NOVEMBER 25: Jackson Anthrop #33 of the Purdue Boilermakers celebrates with teammates after rushing for a five-yard touchdown against the Indiana Hoosiers in the first quarter of a game at Ross-Ade Stadium on November 25, 2017 in West Lafayette, Indiana. (Photo by Joe Robbins/Getty Images)</p>

WEST LAFAYETTE, Ind. -- Purdue will be headed to California to play in the Foster Farms Bowl against Arizona later this month.

This is the first bowl game for Purdue since 2012 and the first with the team for coach Jeff Brohm.

The Boilermakers will face the Wildcats on December 27 at 8:30 p.m. E.T. at Levi's Stadium in Santa Clara.

Purdue was one of eight Big Ten teams selected for bowl games this year.

The Boilers are coming to the Bay Area for the @FosterFarmsBowl!