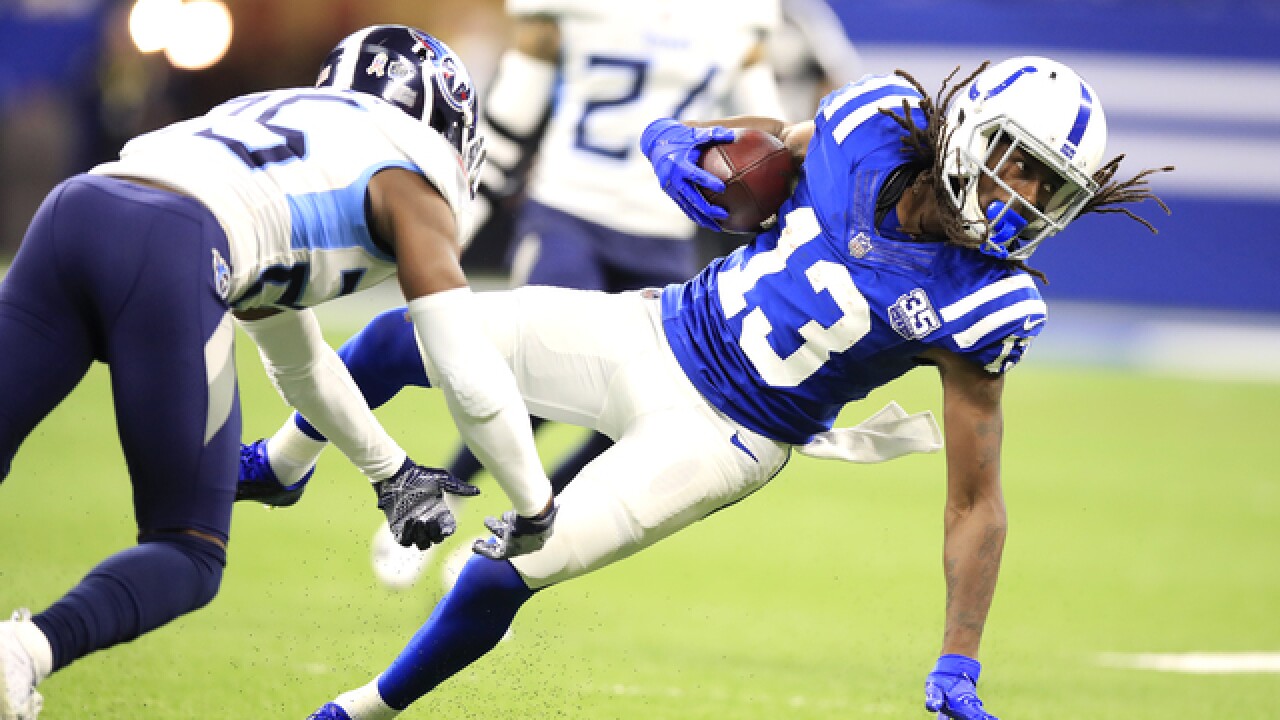 Image copyright 2018 Getty Images. All rights reserved. This material may not be published, broadcast, rewritten, or redistributed.
Andy Lyons
INDIANAPOLIS, INDIANA - NOVEMBER 18: T.Y. Hilton #13 of the Indianapolis Colts catches a pass in the game against the Tennessee Titans in the third quarter at Lucas Oil Stadium on November 18, 2018 in Indianapolis, Indiana. (Photo by Andy Lyons/Getty Images)

INDIANAPOLIS — The NFL season is still four months away, but the Indianapolis Colts announced their ticket refund policy that will be in place in case games are either canceled or played without fans due to the COVID-19 pandemic.

If games cannot be played or the NFL plays in front of empty stadiums, full refunds will be available to fans who purchased single-game tickets through Ticketmaster outlets, such as Ticketmaster's website and app or the Colts' ticketing website and app. In the event a game is postponed and rescheduled, fans can use the same tickets for the new date.

"The NFL is preparing to play the 2020 season as scheduled and with increased protocols and safety measures in place," said a news release from the Colts. "The league will be prepared to make adjustments as necessary in order to conduct games in as safe and efficient a manner as possible, based on the latest advice of medical and public health officials and in full compliance with current and future government regulations."

People looking to purchase tickets through secondary-market sites like Stubhub or SeatGeek should review those sites' refund policy prior to making any purchases, the Colts announced on their website.

Colts season ticket holders will either receive a pro-rata refund for affected games or have the option to credit the amount toward future playoff games or 2021 season tickets.