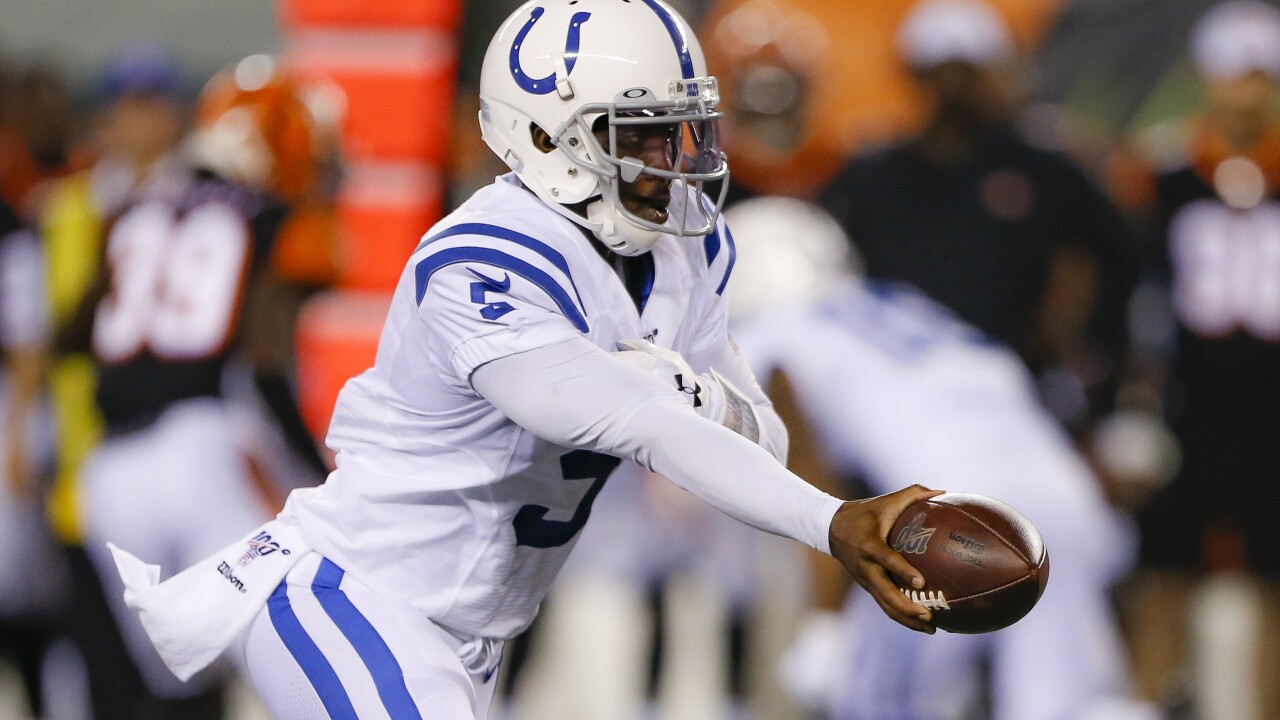 Gary Landers/AP
Indianapolis Colts quarterback Phillip Walker hands the ball off during the second half of the team's NFL preseason football game against the Cincinnati Bengals, Thursday, Aug. 29, 2019, in Cincinnati. (AP Photo/Gary Landers)

INDIANAPOLIS (AP) — The Indianapolis Colts have signed quarterback Phillip Walker to the practice squad and claimed cornerback Ryan Lewis off waivers from Buffalo.

Walker spent most of the last two seasons on Indy's practice squad and could serve as Jacoby Brissett's backup for the first two games. The Colts have been searching for another quarterback since Andrew Luck announced his surprise retirement Aug. 24.

The only other quarterback on the roster, Chad Kelly, must serve a two-game league-imposed suspension.

Lewis split time on the practice squad and active roster the last two seasons with Buffalo, New England Buffalo and Arizona. He has 13 career tackles in seven games.

Copyright 2019 The Associated Press. All rights reserved. This material may not be published, broadcast, rewritten or redistributed.