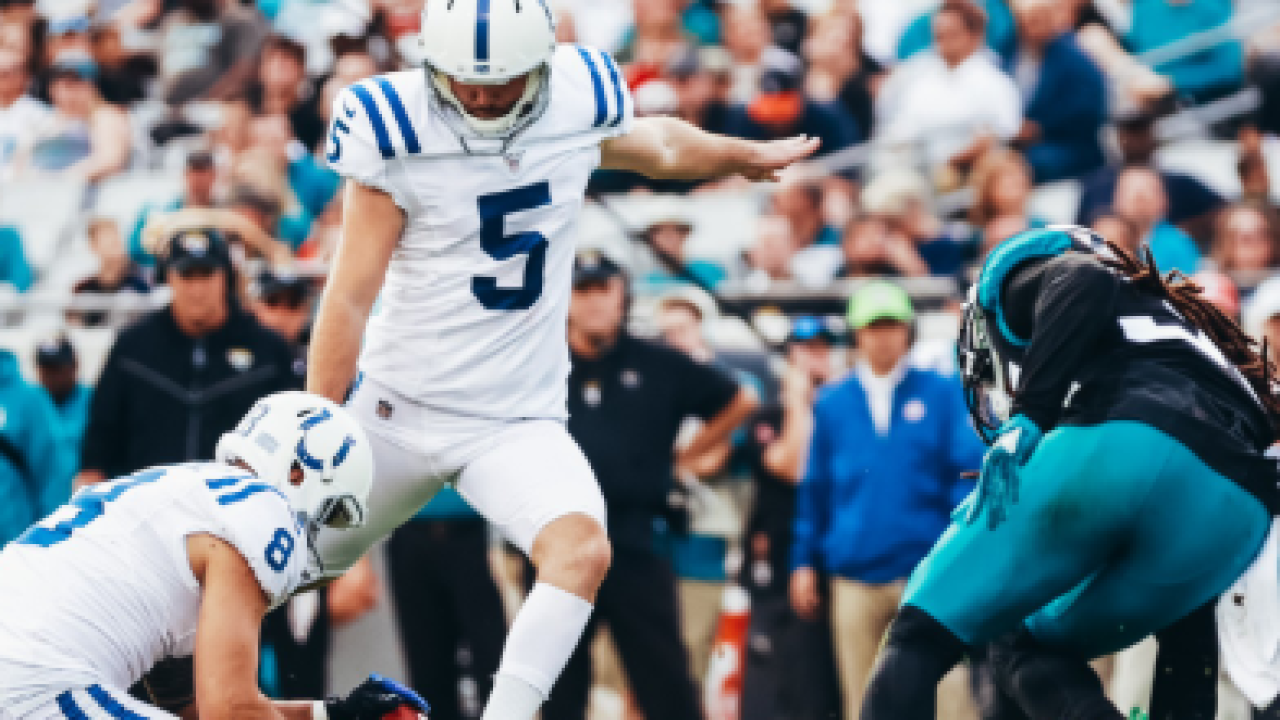 INDIANAPOLIS — It appears Colts fans will be seeing more of kicker Chase McLaughlin during the 2020 season.

On the day after Indianapolis finished the 2019 season with a 7-9 record, the team announced it had signed McLaughlin to a one-year contract extension.

As a rookie out of the University of Illinois, McLaughlin had short stints with the Chargers and 49ers before joining the Colts for the final four games of the season. He was impressive in those late-season games, making all 11 extra point attempts and five-of-six field goal attempts.

He took over for 47-year-old Adam Vinatieri who struggled over the first 12 games of the season, missing six extra point attempts and eight field goal tries. Vinatieri has since undergone knee surgery. He's now an unrestricted free agent and his future with the Colts or any other NFL team is unclear at this point.

After ten seasons with New England, Vinatieri has been with the Colts 14 years. He holds a number of NFL records, including most points scored and most Super Bowl wins by a kicker.

In addition to McLaughlin, the Colts announced contract extensions for tight end Mo Alie-Cox and Zach Pascal, who led the team in receiving yards this season.