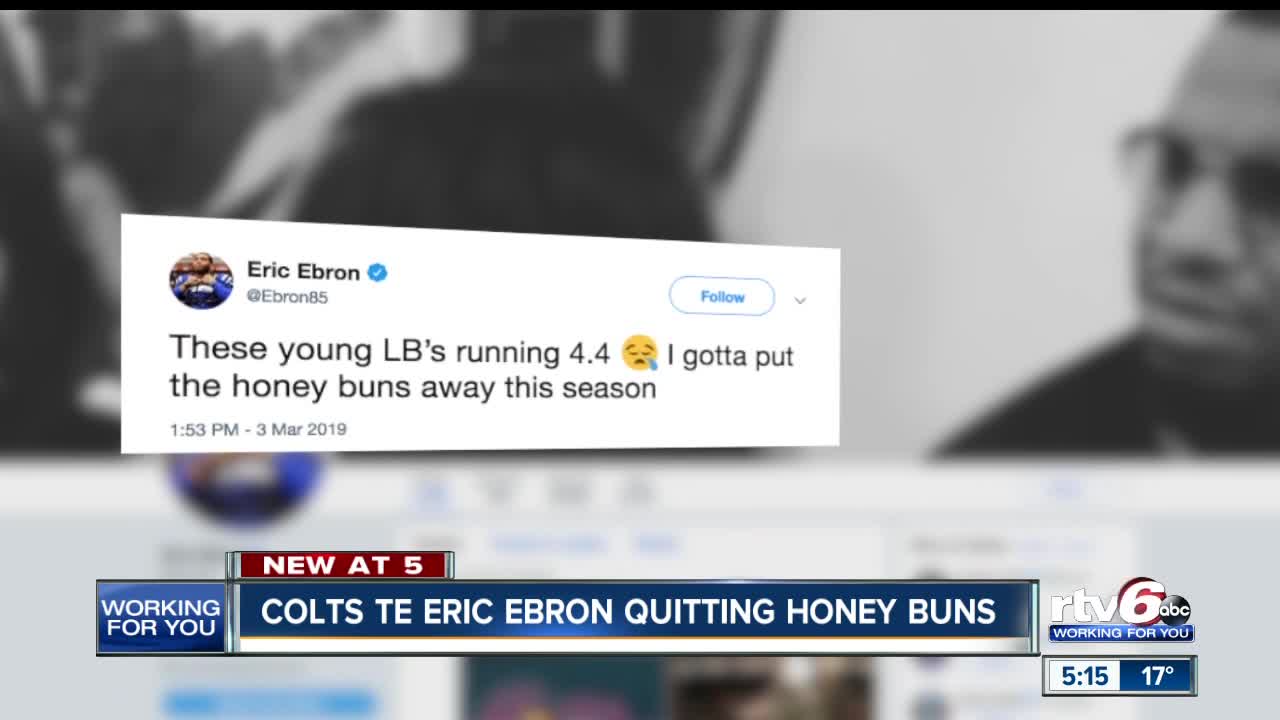 INDIANAPOLIS — The NFL Combine just wrapped up at the Lucas Oil Stadium and the Indiana Convention Center.

Indianapolis Colts tight end, Eric Ebron, took notice of just how fast the young linebackers - trying to get into the league - ran at the combine. Those linebackers could soon be covering him someday.

"I gotta put the honey buns away this season," Ebron tweeted out on Sunday.

These young LB’s running 4.4 😪 I gotta put the honey buns away this season

The next day, Ebron sent out a picture of him throwing away those honey buns.

He wrote, "This truly sucks. #RIPTheBuns."

Hopefully this helps Ebron stay ahead of those young defenders and helps the Colts take another step forward this upcoming season.

In the meantime, Colts Nation will keep track of Ebron's honey buns updates.