Andrew Luck is in Europe seeking opinions on his shoulder 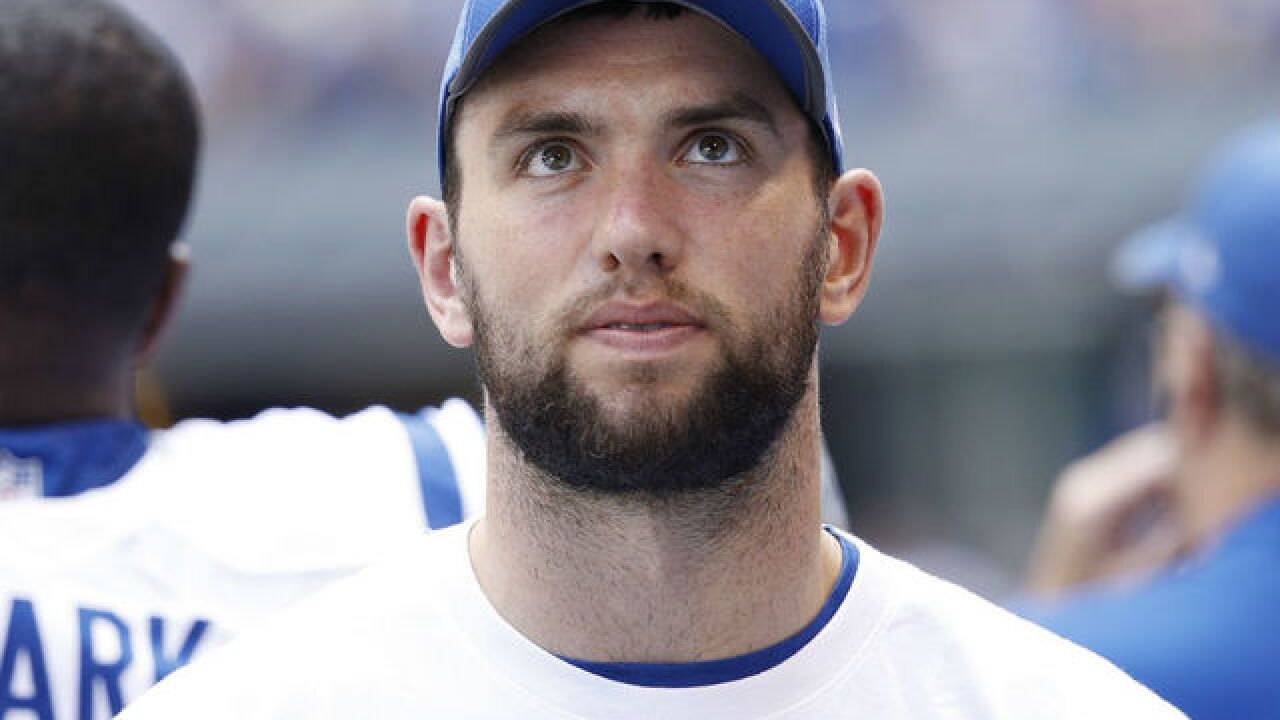 Luck was put on injured reserve on Nov. 3, officially ending his season after a back and forth of whether or not he would play this year.

That decision was made after Luck experienced lingering soreness in his throwing shoulder after returning to practice and throwing at full strength in the weeks prior.

Luck's return to practice was on Oct. 4, the first time he had participated in team drills since December 2016. He practiced two more times before he was given a cortisone shot to see if the soreness would subside. When it did not, the injured reserve order was given.

RELATED | Colts' Andrew Luck officially out for the season

Colts General Manager Chris Ballard had consistently said since the spring that he wouldn't put a timetable on Luck's return, but team owner Jim Irsay made comments at the beginning of the season that made it sound like Luck's return was more imminent.

Irsay had also said after Luck's surgery in January that he would be "be ready for season!"

Injuries have plagued the 28-year-old over the past few years after he didn't miss a game in each of his first three years in the NFL. He originally injured his shoulder in Week 3 of the 2015 season at Tennessee. He missed two games and upon returning, he suffered a lacerated kidney after taking a hard hit against the Denver Broncos, forcing him to sit out the remainder of the year.

WATCH | This is the hit that lacerated Andrew Luck's kidney

Luck sustained a concussion and missed one game of the 2016 campaign, but frequently sat out practice due to his shoulder ailment, which has kept him away from any snaps throughout the 2017 season.

He still threw for 4,240 yards and 31 touchdowns on a career-high 63.5 percent completion rate last year, but the long-term outlook after Luck signed a $140 million contract extension with the team through 2021 is of a greater concern for a Colts team that isn't likely to see short term success anyway as a result of a variety of injuries.

In the same breath of announcing Luck was to be shut down for the rest of the year, GM Ballard did say he did not see anything to indicate this was a "career-threatening" injury for Luck, and that they want to do the best thing to preserve their franchise quarterback's prime.

"We're never gonna rush a guy back on the field if he's not ready," he said.

Colts fans will remember Peyton Manning also went to Europe to receive stem cell therapy on his neck, an injury that sidelined him in the 2011 season and ultimately was the catalyst for the Colts' separation from the future Hall of Famer.