Andrew Luck's mustache has been around before 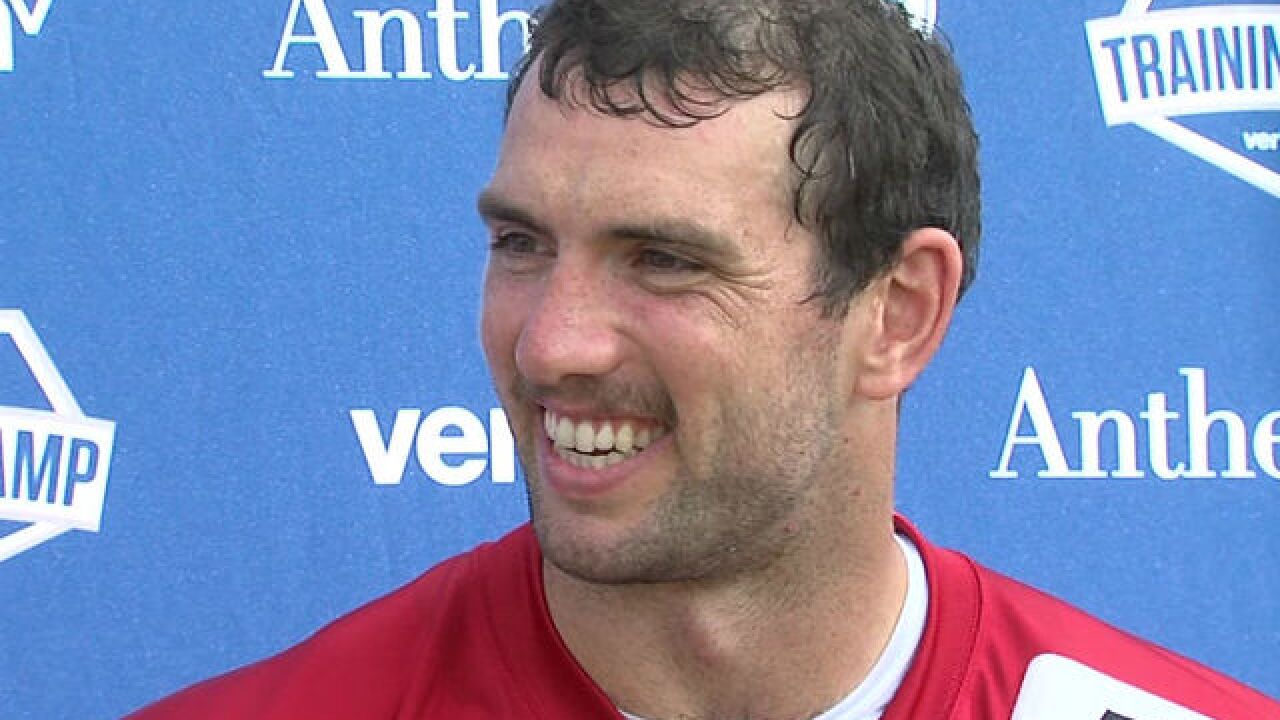 INDIANAPOLIS -- Now that Andrew Luck is back playing for the Indianapolis Colts, we can focus on the really important things -- his facial hair.

At practice Monday, he sported a new look. The neckbeard was out, a thin mustache was in.

"I just got tired of the beard," Luck said when reporters asked about it.

But this isn't the first time he's traded the beard in for a mustache. A look back into the RTV6 archive shows a 2015 story about Luck opting for a "Luckstache."

For the record, this isn't the first time @Colts QB #AndrewLuck rocked a #mustache. @rtv6 published this #Luckstache article back in March 2015. https://t.co/GwX6mRpqpk pic.twitter.com/DXUs8AlLd5

We all get tired of a certain look after a while. Sometimes change is good.

But if you don't like the mustache, you're not alone. Luck said his girlfriend doesn't like it. But it's camp, so he's away from home. We'll have to wait and see if it sticks around when the season starts.