Luck vs. Manning: A look at their 1st 3 seasons 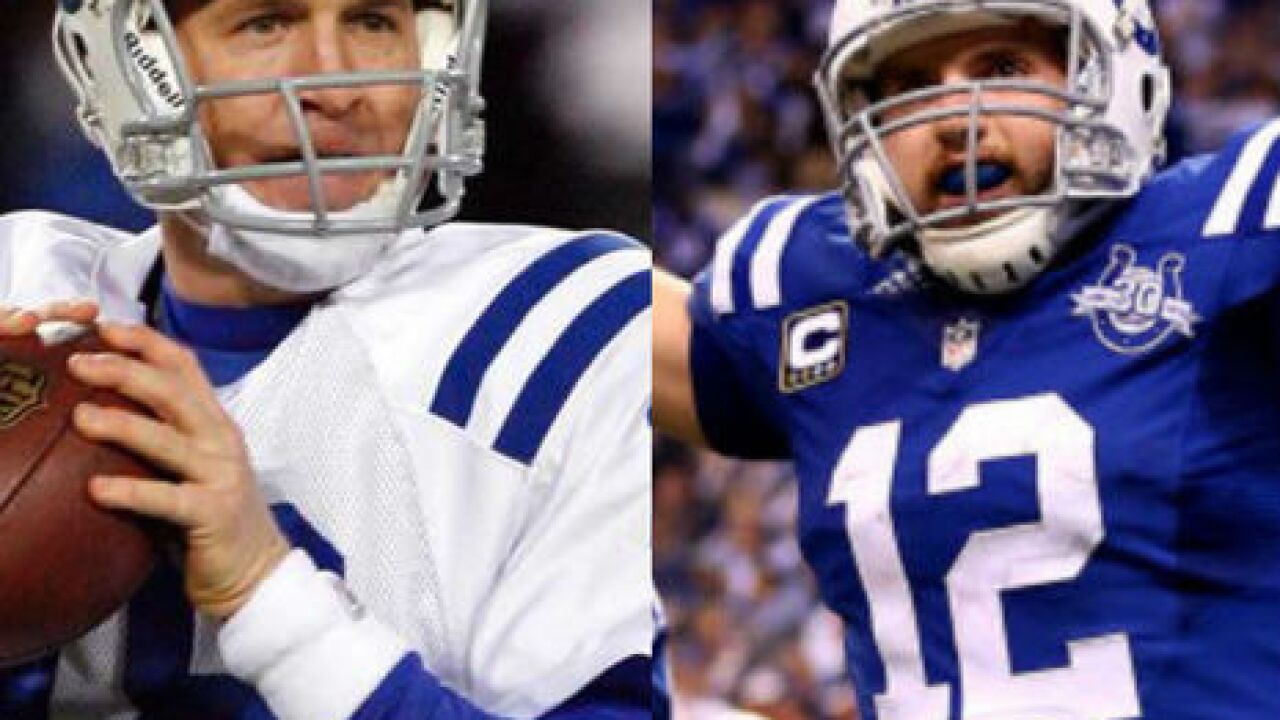 With three record-breaking seasons under his belt, nobody will argue that Andrew Luck doesn’t have a promising career in front of him. But how does he stack up against his Colts predecessor?

Luck and Manning had eerily similar statistics to begin their careers.

Both started every game for the Colts through their time (48). Luck had 134 more passing attempts than Manning did at that time in his career, indicating a shift in the NFL to focus even more on passing the ball.

Where Manning shined compared to Luck was in efficiency through three seasons. He had a better yards-per-attempt average – 7.3 to 7.1 and a better completion percentage – 60.4 to 58.6.

But where Luck was clearly a notch above Manning was in his feet. Luck had 905 yards rushing, with 12 rushing touchdowns. Through three seasons, Manning had about 350 yards and 3 touchdowns on the ground. Luck is easily the more athletic player.

However, the largest difference between them may make current Colts fans a little sick. Through their first three seasons, Luck has been sacked nearly twice as much as Manning was – 100-56. It’s hard to pinpoint an exact reason for the disparity. Luck’s offensive line has unquestionably struggled in his career, but Manning has always been great at getting rid of the ball before getting sacked.

While Luck’s had great health so far in his career, if he keeps getting sacked at this rate, his … luck … is bound to run out.

Tune in Monday, Sept. 21 for Monday Night Football on RTV6 when the Colts take on the New York Jets. Coverage begins on RTV6 at 4 p.m. on The Now Indy. Kickoff is at 8:30 p.m.