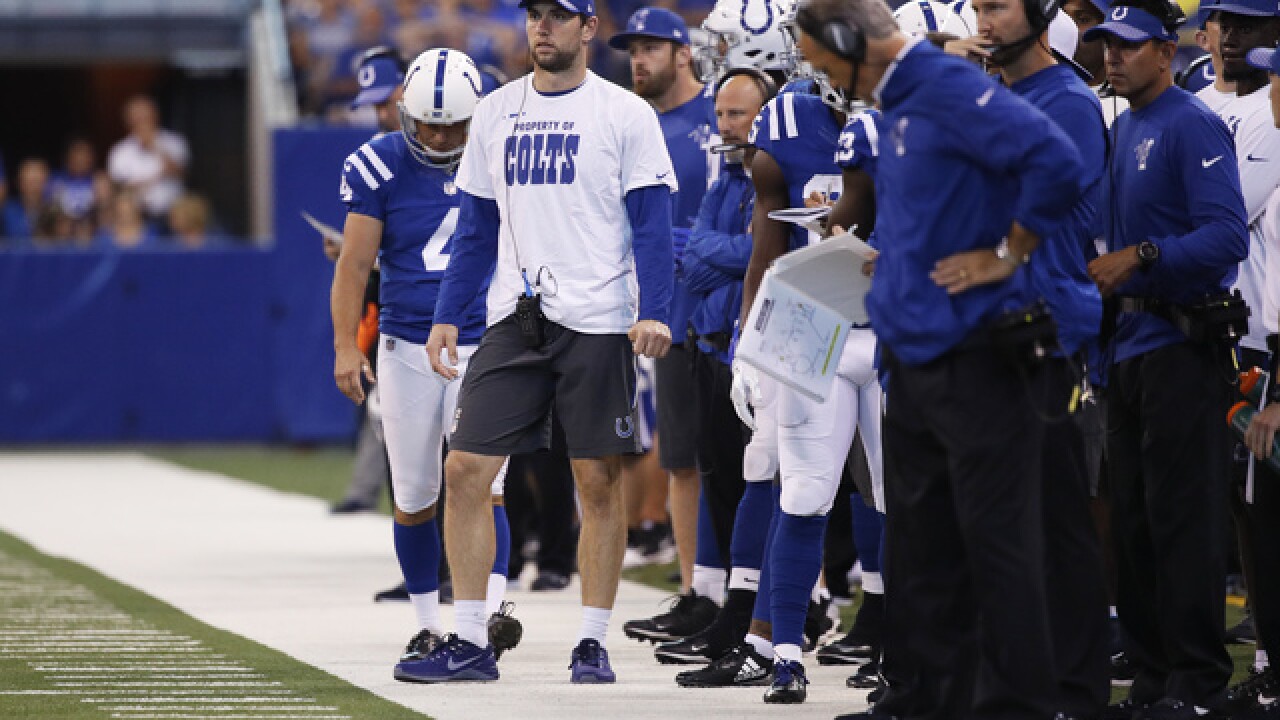 INDIANAPOLIS -- Indianapolis Colts quarterback Andrew Luck will not practice this week, making fans wait at least another week before No. 12 is back on the field.

In a press conference Wednesday, head coach Chuck Pagano said he'll likely be back in practice sometime next week.

On Monday, Pagano said he might be able to practice but "I'm not guaranteeing nothing."

Luck hasn't played all season -- instead, Scott Tolzien and Jacoby Brissett have played, to the team's 1-2 record.