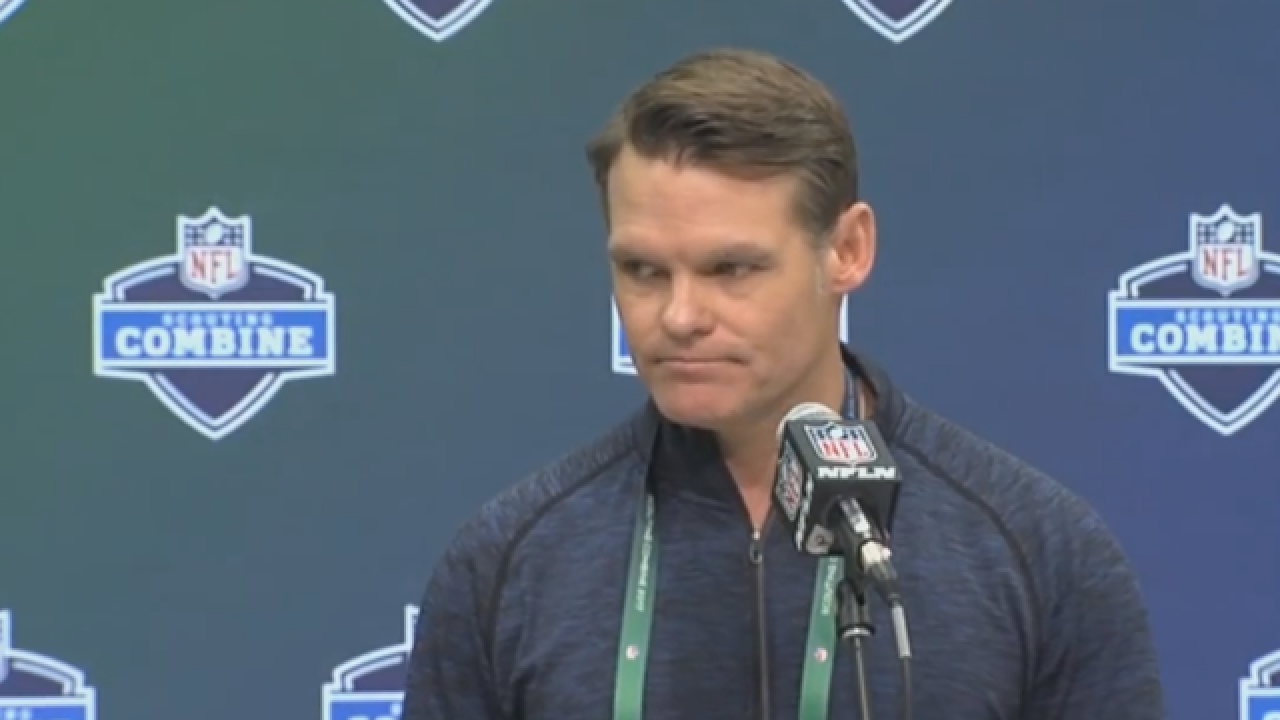 The second-year general manager is going all in on a simple, proven plan to put the Colts back on a playoff course: Draft well and develop talent from within.

"I'm stubborn in this now, I really am," Ballard said last week. "I really believe the majority of your team needs to be built through your own guys."

He's not bluffing, either.

After cautiously spending in free agency, he finally made a splash March 17 by sending Indy's pick, No. 3 overall, to the quarterback-needy New York Jets for the No. 6 pick, two second-round choices this year and one in 2019.

Indy how holds four picks in the top 50 this year and will have three in the first two rounds next year. Not bad for a team with so many glaring needs.

It could be just the start.

With Andrew Luck working his way back from shoulder surgery, Jacoby Brissett still on his rookie contract and four quarterbacks vying to go in the top 10 selections, Ballard could hit the jackpot if another team wants to move up.

Ballard has already said he will entertain all offers for the No. 6 pick and might even use some cards currently in his hand to get a second first-round pick.

"When we made the trade back, I thought about it and said, `OK, let's say two quarterbacks are gone and three premier players we have ranked. There had to be four," Ballard said.

But what they need most is to start hitting on their picks.

Their biggest acquisition, though, might be new coach Frank Reich. He took over in February after Josh McDaniels backed out of a deal following the Super Bowl.

Reich has promised to bring a fun, creative offense that relies heavily on tight ends -- news that should make Ebron happy.

Defensive coordinator Matt Eberflus, who was initially hired by McDaniels, will switch to the traditional 4-3 front.

Ballard believes some of the players who can help are already on the roster.

John Simon will move from linebacker to defensive end, where he played at Ohio State. Edge rusher Terrell Basham, who played linebacker last season, also may be headed back to his old college spot on the defensive line. And Jabaal Sheard could be the biggest beneficiary by moving back to defensive end where he had his greatest NFL success.

"I think Jabaal Sheard will take off in this defense," Ballard said.

So the list of possible first-round picks is long and wide. Some of the names tagged to the Colts include defensive end defensive end Bradley Chubb, running back Saquon Barkley, guard Quenton Nelson, linebackers Roquan Smith and Tremaine Edmunds among others.

Indy is rebuilding because it's made too many poor picks over the past five years.

The Colts' top pick in 2013, pass rusher Bjoern Werner, is out of the league. So is Trent Richardson, whom they got in a trade for the 2014 first-round pick. And receiver Phillip Dorsett, Indy's No. 1 pick in 2015, was traded to New England in September.

Their best bargains have been defensive end Henry Anderson and safety Clayton Geathers, mid-round picks in 2015.