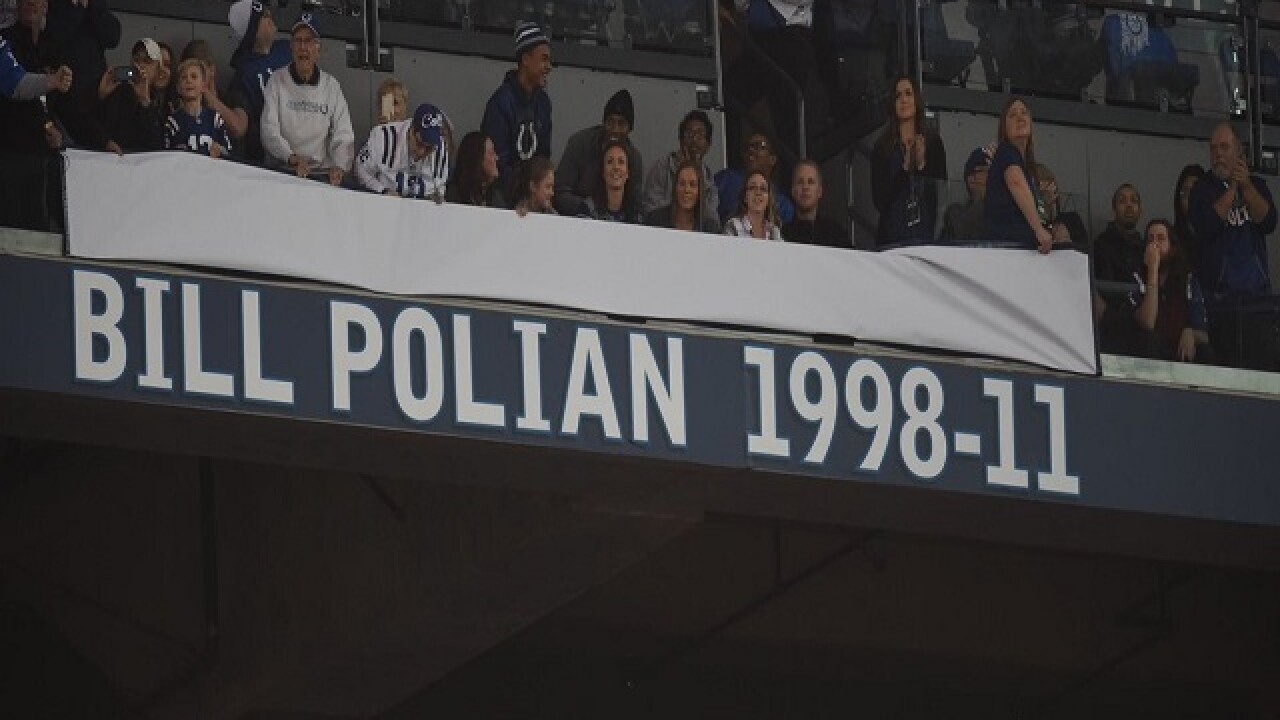 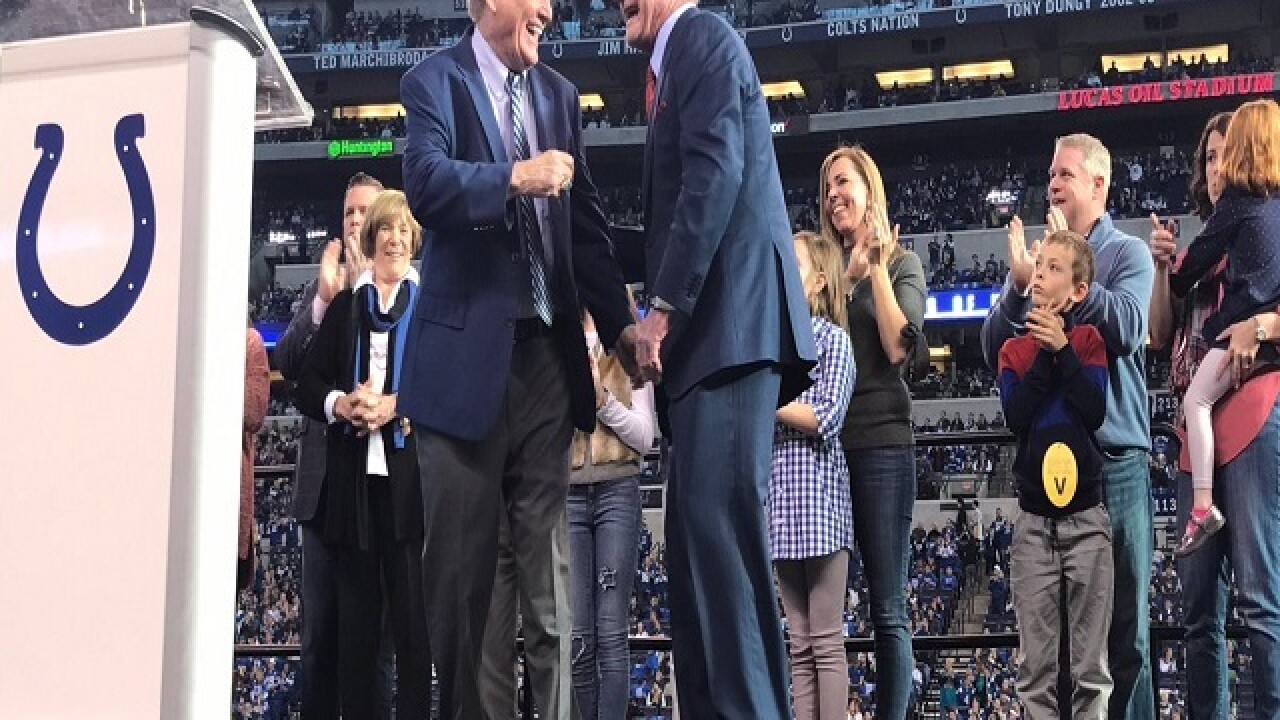 INDIANAPOLIS – During halftime of the Colts last game of the season against the Jacksonville Jaguars Sunday, Bill Polian was inducted into the team’s Ring of Honor.

Polian, who served as the president and general manager from 1998 to 2011, earned a reputation for rebuilding franchises into playoff teams.

During his 14 years with the team, he drafted the city’s beloved Peyton Manning, and helped the Colts earn 146 wins, eight division titles and capture a victory at Super Bowl XLI.

Polian is the 13th member inducted into the Colts Ring of Honor.

"The greatest privilege of my life has been to be your general manager."

Welcome to the Colts Ring of Honor Bill Polian! pic.twitter.com/yEGkwzNqhy

Polian's #Colts Ring of Honor ceremony...His name is next to @SaturdayJeff. Believe the east side of LOS is now full... pic.twitter.com/HUH6vdmWVt

On Bill Polian: "The first call I made when I became owner..." - @JimIrsay #Colts #RingOfHonor pic.twitter.com/S74SzCk748