Can the Colts put a damper on the Bills' playoff dreams 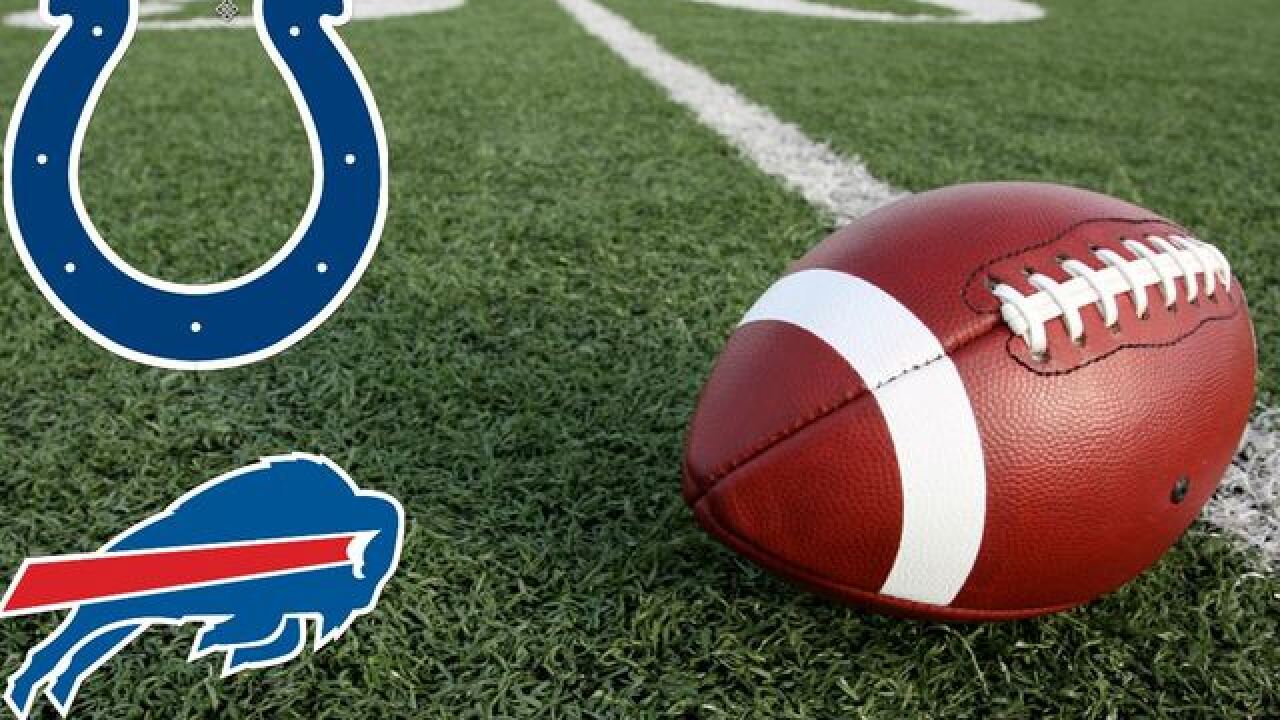 ORCHARD PARK, N.Y. (AP) — LeSean McCoy thinks so highly of Frank Gore, he’s preparing to give the Colts’ veteran the jersey off his back after the Bills host Indianapolis on Sunday.

From one prolific running back to another: respect.

“Sometimes I think in this league, fans, they always want the new thing, what’s hot,” McCoy said, before noting how Gore jumped into fifth on the NFL’s career yards rushing list last weekend.

“A guy like Frank, he obviously doesn’t have the yards like he used to, but the work he’s put in, it’s hard to put them type of yards up each year,” McCoy added. “For you to be fifth all-time, he deserves his respect. And I respect him.”

McCoy intends to exchange his No. 25 Bills jersey for Gore’s No. 23 following a game featuring two of the NFL’s three active rushing leaders: Gore’s first with 13,697 yards, and McCoy’s third with 9,805.

While the Colts (3-9) are playing out the string on the way to their first losing season in six years under coach Chuck Pagano, McCoy and the Bills (6-6) are attempting to stay in the AFC playoff picture.

“Our mindset is we can’t lose this game. We’ve got to win,” McCoy said.

Buffalo’s dropped four of five and facing questions at quarterback with starter Tyrod Taylor’s status uncertain after bruising his left knee in a 23-3 loss to New England last weekend. Minus Taylor, the Bills would have to return to rookie Nathan Peterman , who threw five interceptions in the first half of a 54-24 loss to the Los Angeles Chargers three weeks ago.

That places the onus on McCoy having to carry an additional load.

“Whatever it takes to win,” said McCoy, who’s managed 851 yards rushing, having difficulty adapting to a new offensive system and finding holes against defenses geared to stop him.

Gore’s production is also dropping in his 13th season. His 632 yards rushing are currently Gore’s fewest since his rookie season. Though at 34, age might be playing a factor. So is a Colts offense playing without quarterback Andrew Luck, who’s missed the entire season with a shoulder injury.

“I know the record doesn’t seem like we’re a good team. I feel that we’ve got a good team. Things just didn’t go our way,” Gore said. “I just want us this last quarter to go out there, fight and try our best to go for it in the fourth quarter. That’s my goal.”

Some things to watch as two former AFC East rivals meet for the sixth time since NFL realignment in 2002:

GORE VS. MCCOY: This marks the sixth time Gore and McCoy have been on opposite sidelines since McCoy entered the NFL in 2009 with Philadelphia.

They last met in Buffalo’s 27-14 season-opening loss in 2015 in both players’ first games with their respective teams.

BY THE SACKFUL: The Colts have allowed an NFL-worst 51 sacks, including 32 over the past six games.

“It’s just one of those things where people smell blood in the water,” Pagano said. “They’re going to keep coming until you stop it.”

The Colts’ defense has 20 sacks, tied for 31st with the Bills.

PLAYOFFS? PLAYOFFS?: Colts owner Jim Irsay expected to be back in the playoff hunt this season. A loss to Buffalo would officially end those chances and mark the third straight year Indy’s missed the playoffs — the team’s longest stretch since 1992-94.

SNOW BOWL: Buffalo enjoyed its first measureable snowfall of the season Thursday, with more in the forecast this weekend.

“I love it. I’m good with snow. It could be 10 feet and I’m cool,” said Bills safety Micah Hyde, who spent the previous four seasons with Green Bay. “As long as it’s not 30-below.”

Temperatures are expected to be in the 20s on Sunday.