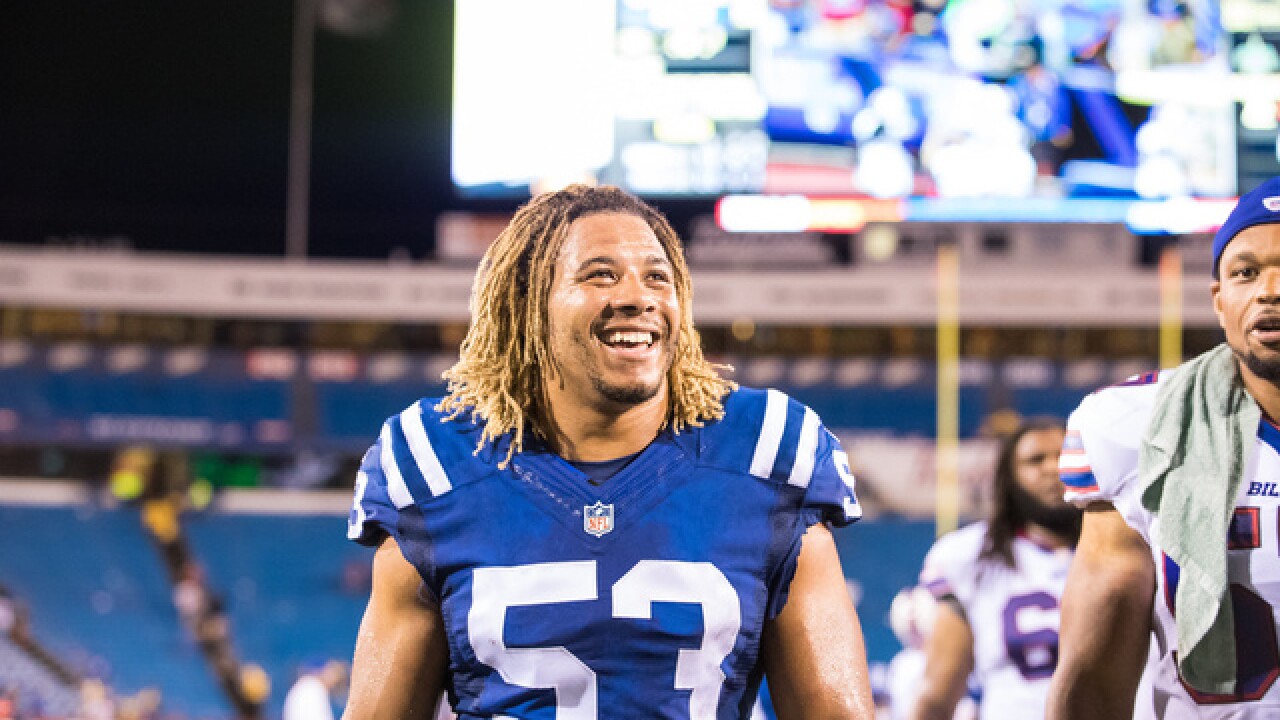 INDIANAPOLIS -- Indianapolis Colts owner Jim Irsay will pay for the funerals of Edwin Jackson and Jeffrey Monroe, after they were killed in a crash involving a suspected drunk driver.

Police say Jackson, a 26-year-old linebacker with the Colts, was the passenger in an Uber when he got sick at around 4 a.m. Jackson's driver, 54-year-old Monroe pulled over in the westbound lanes of I-70 near Holt Road to help him.

Both men were outside the car when a black Ford F-150 drove into the shoulder and struck the vehicle. Jackson and Monroe were pronounced dead at the scene.

Irsay will pay for the funerals of Jackson and Monroe, a Colts spokesperson said.

Jackson played 16 games with the Colts in 2016 but spent the last year on injured reserve. He was described by former and current teammates as always having a smile and loving life.

A Colts spokesperson had no further comment on the situation.

Manuel Orrega-Savala, the suspected driver of the F-150, first fled the scene on foot, police say. Troopers located him on the ramp to Holt Road and stopped him, at which point he reportedly admitted he was the driver of the truck. A portable breath test administered at the scene determined Orrego-Savala’s BAC to be 0.239 percent – three times the legal limit.

He is a citizen of Guatemala, and has been deported two previous times in 2007 and 2009. Orrega-Savala has a 2005 conviction for DUI.