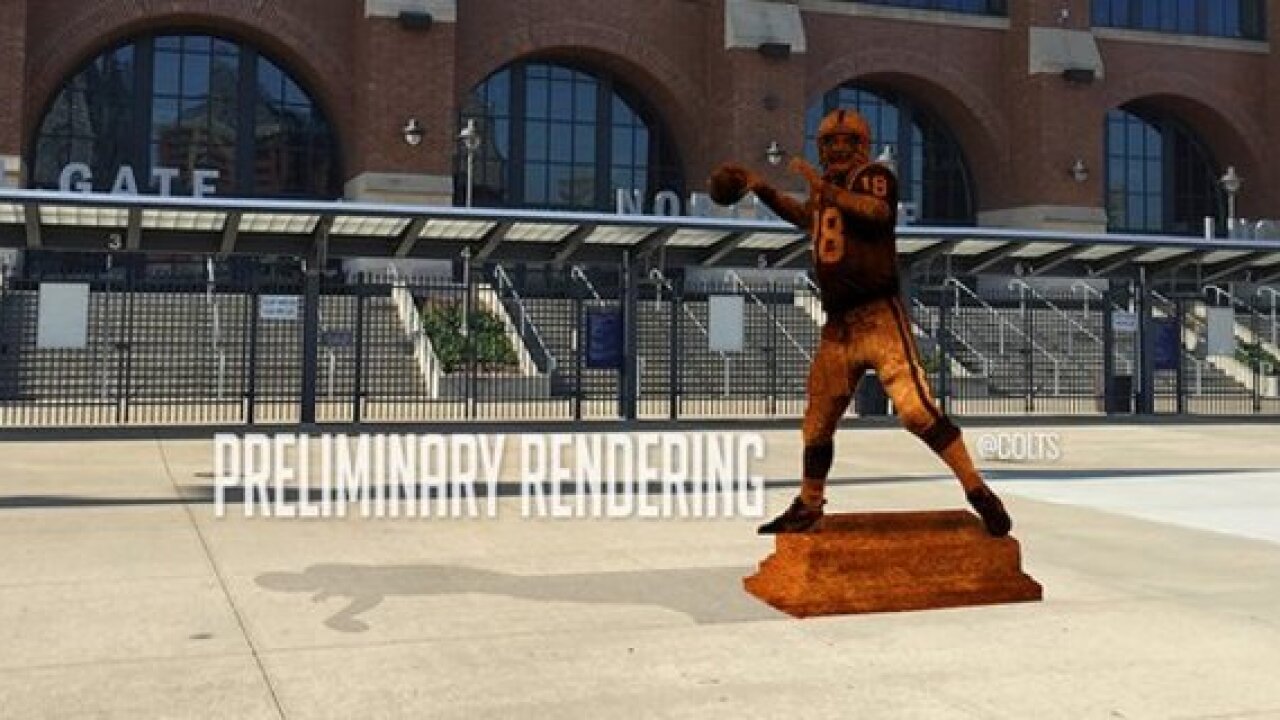 <p>A statue in the Sheriff's honor. Rendering of what it will look like when the statue stands in front of Lucas Oil</p> INDIANAPOLIS -- The Colts will be honoring Peyton Manning's 14 years with the team in two ways: With a statue in front of Lucas Oil Stadium and with his No. 18 jersey retired.

These two commemorations were announced Friday at a press conference in Indianapolis with team owner Jim Irsay.

This was the second time in four years that these two shared the stage like this. The last time was in March 2012 when Irsay announced the team's decision to release Manning after 14 seasons and a full list of accomplishments.