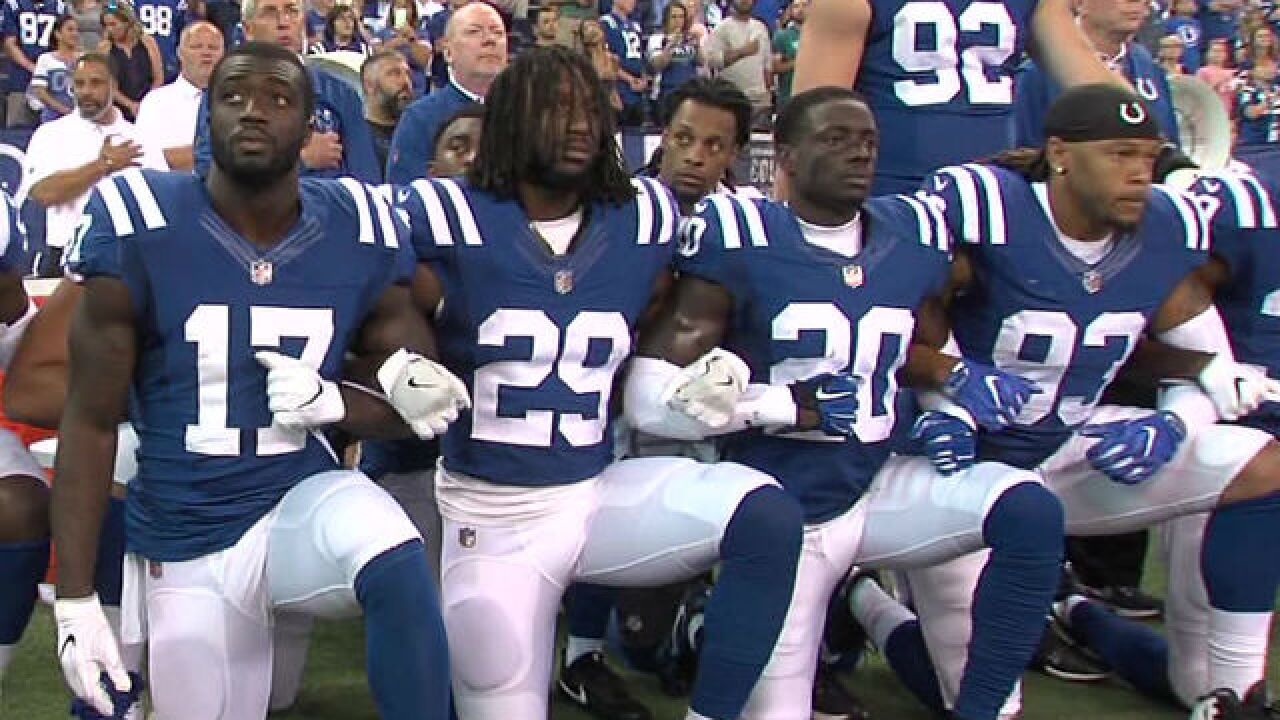 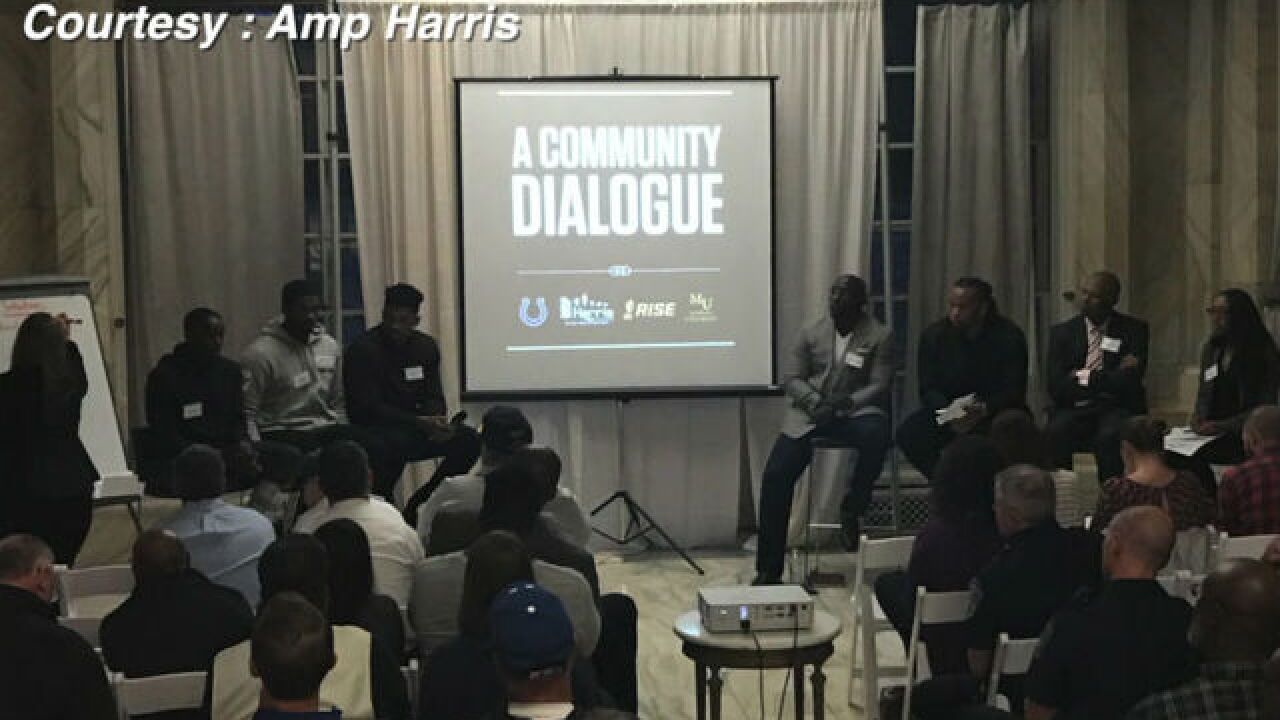 INDIANAPOLIS -- There has been a lot of shouting over the protests during the national anthem and race relations, some online, some in-person.

But Monday night in Indianapolis, a calm conversation brought members of the community and players from the Indianapolis Colts together at Marian University.

"One of the players mentioned that he was teaching his son how to act in school," said Toni Raver. "For me, growing up in a town that was 90 percent Caucasian, that's something you don't see."

Raver said a veteran at the meeting shared his thoughts on the NFL protests.

"I'm am offended that you are kneeling, but you have that right because I fought for that right for you, but I also have a right to express my opinion," the man said, according to Raver.

That man and Colts defensive back Darius Butler have had previous conversations about the issue.

Butler, whose father is a veteran, said the kneeling protests were about raising awareness about police brutality -- that they were never about protesting the American flag.

The last few weeks, the Colts have stood during the anthem in solidarity after conversations between management and players.

There are no plans for another meeting yet, but many people at Monday night's said there is a need for more to continue the conversations.

"We started a fund and we, as players, will find the right places to allocate those into the communities so they create longstanding change," Butler said. "The most important part about it is everybody coming together. Everybody has great ideas and the more people that are on board fixing the issues and not getting lost in the narratives, the better off we will be."