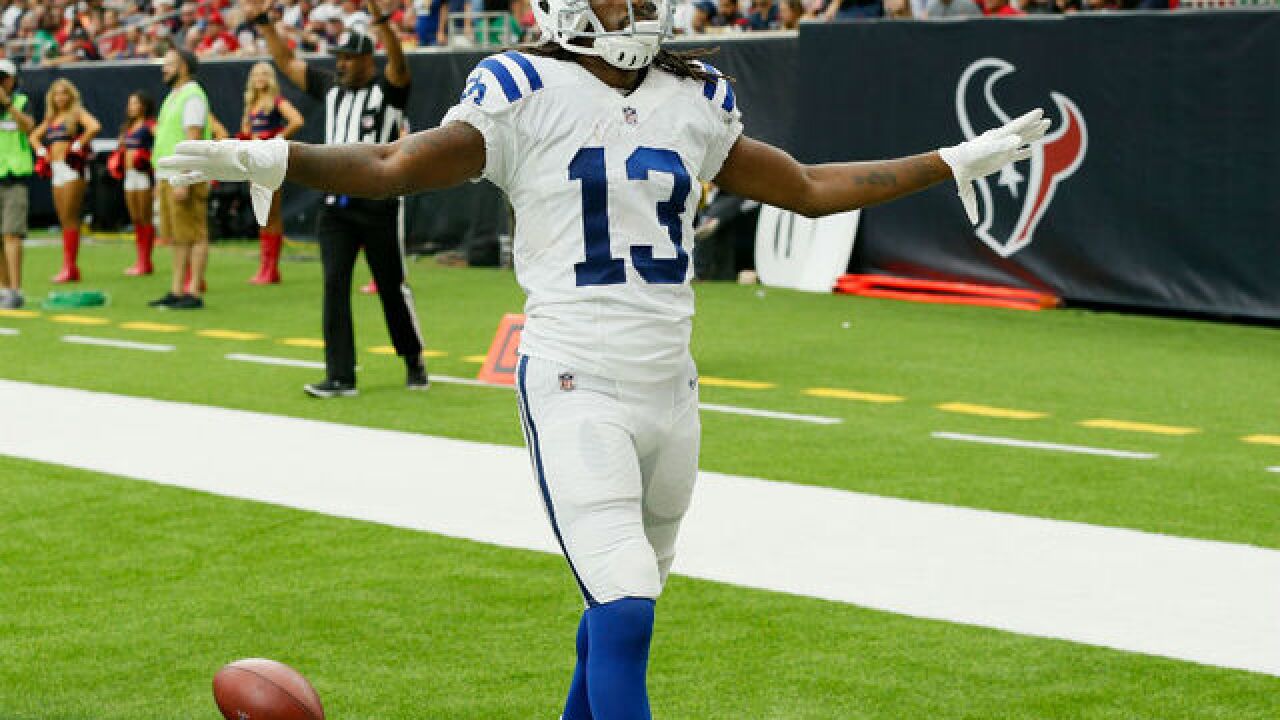 The veteran running back walked into the Indianapolis Colts locker room with a smile as he laughed and joked with teammates. He wasn't the only one.

After spending almost one full month chasing their third victory of the season, the Colts finally got another chance to savor the spoils of victory.

It was a refreshing change from the doom and gloom that pervaded the airwaves and was brought up in discussions around town in recent weeks.

Fans and reporters repeatedly noted Indy's first two wins were against the NFL's only winless teams, Cleveland and San Francisco, and increasingly wondered aloud whether the Colts (3-6) could even win another game in 2017.

While players and coaches tried to stay positive, the frustration mounted with each successive chapter.

After blowing a 10-point, third-quarter lead in a loss at Tennessee, Indy was shut out at home by Jacksonville. The following week, Cincinnati scored a late defensive touchdown to rally for a win.

he news got even worse last week.

On Thursday, general manager Chris Ballard announced star quarterback Andrew Luck would miss the rest of the season to continue his recovery from shoulder surgery.

And on Saturday, as the team headed to Houston in hopes of avoiding its first four-game losing streak since 2011, team officials announced two-time Pro Bowl cornerback Vontae Davis wouldn't make the trip because of a non-injury related matter.

Coach Chuck Pagano has, so far, not shed any light on what happened. In fact, Pagano wouldn't even say Monday if Davis would play this weekend against Pittsburgh (6-2) and All-Pro receiver Antonio Brown.

Somehow, amid all this, the Colts dug down and started making the kinds of plays that eluded them almost the entire season.

T.Y. Hilton caught a 45-yard TD pass in the first quarter and completed an 80-yard TD pass play in the third quarter by alertly jumping up when he was untouched and running into the end zone -- still untouched. A replay review confirmed what Hilton suspected.

Indy still needed a 53-yard field goal from 44-year-old Adam Vinatieri and a goal-line stand in the final 18 seconds by the NFL's worst scoring defense to barely hold on for a 20-14 victory.

It was the perfect combination -- for one day.

Pagano was so elated he considered giving the players an extra day off this week, the reward for perhaps their most complete effort of the season. But Pagano claimed the players declined and instead watched the film.

"It was the longest 12 seconds ever, but guys scratched and clawed to get the job done," safety Darius Butler said before explaining what it was like to relive those previous three at the team complex. "It was good, especially knowing how it was going to end."

Now the question becomes whether Sunday's win will have any kind of lasting impact?

The Steelers have won four straight in the series and have outscored the Colts 124-51 in three games against Pagano-led teams. That includes a 28-7 victory last season when Scott Tolzien replaced the injured Luck as the starter. Luck will miss his third straight matchup with the Steelers.

Following a bye week, the Colts return home to face Tennessee before heading to Jacksonville. Win both and they could find themselves back in the AFC South title hunt -- and they believe they can.

"A win like that can really change the way things are going," center Ryan Kelly said.

But they also know it's going to take more than a few good plays and one nice win to turn things around.

"It's good to see guys smile -- hadn't smiled in a long time," Pagano said. "This was a time for us to turn the corner, finally, and close out a game and they got the job done. It's always a better Monday when you win."

MORE TOP STORIES |  Husband, wife dead in murder suicide in Hendricks Co.  |  MAP: Where are the sex offenders near you?  |  Former UIndy standout basketball player identified as victim of freak crash on I-65  |   Kindness from young people at the FFA convention inspires an Indianapolis woman to pay it forward  |   Papa John's blames NFL, anthem protests for falling pizza sales