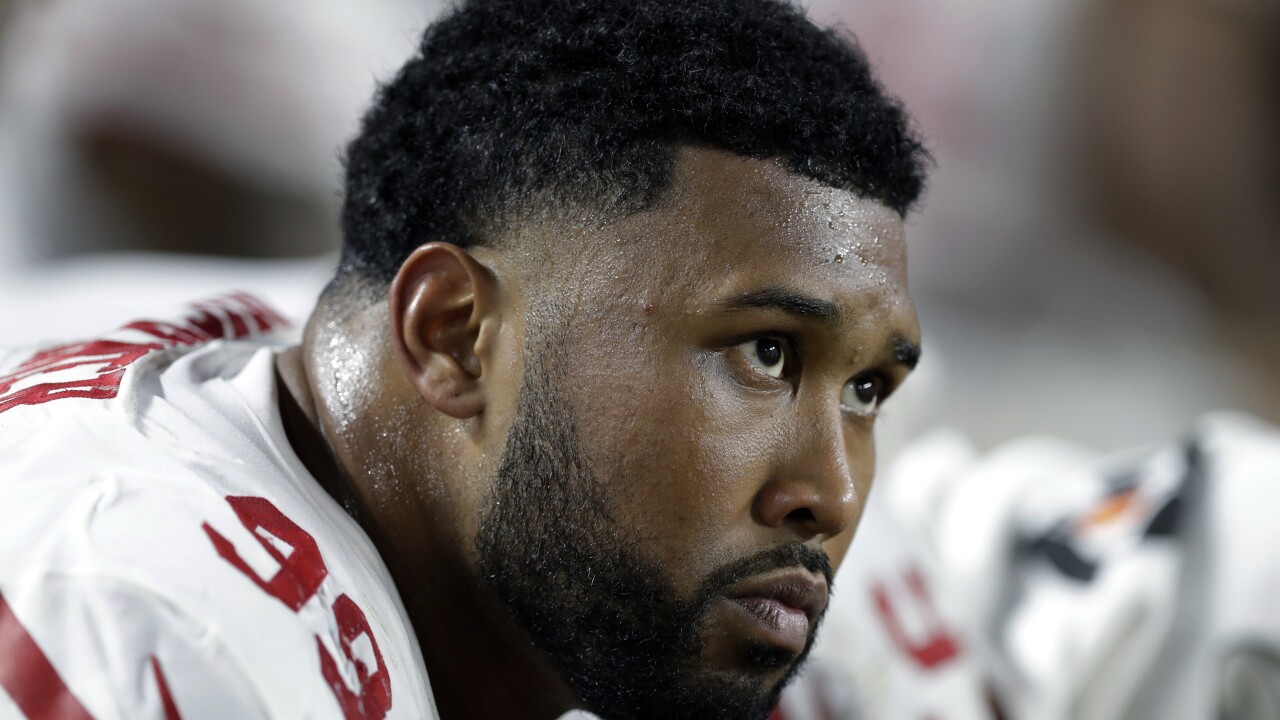 INDIANAPOLIS — The San Francisco 49ers have traded star defensive tackle DeForest Buckner to the Indianapolis Colts for the No. 13 pick in this year's draft.

A person familiar with the deal said Buckner will receive a new contract worth $21 million a year from the Colts. The person spoke on condition of anonymity because the deal and contract can't be finalized until the start of the league year Wednesday.

The trade of Buckner came almost immediately after the 49ers announced a deal to keep defensive lineman Arik Armstead with a five-year contract worth up to $85 million before he hit the open market.