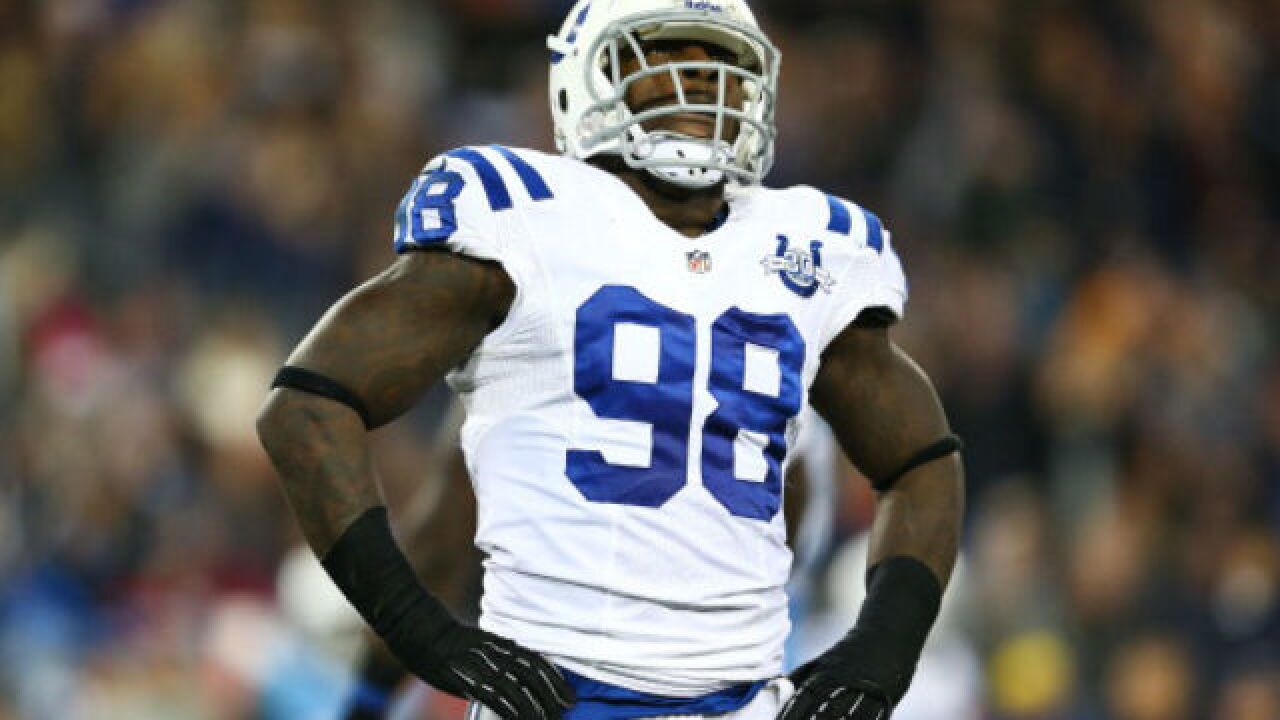 Mathis said his last football game will be Sunday when the Colts play the Jaguars. He joined the Colts in 2003 and will retire after 14 seasons.

Some of his fans expressed their sadness for Mathis but wished him well.

A career for the ages.

After 14 seasons, @RobertMathis98 is saying goodbye to football. #ThankYou98 pic.twitter.com/SaVvuBrMVM

I get to watch Robert Mathis's last game on Sunday at Lucas Oil ?

Congrats to Colts legend Robert Mathis on an amazing career.

Thanks for all you've done in the NFL Robert Mathis, it's been a pleasure growing up and watching you play ??

Gonna miss Robert Mathis!!! Thank you for all the hard work sir. Forever a Colt! #ThankYou98

I know most of you don't sportsball, but Robert Mathis retiring is A Big Deal to my hometown of Indianapolis.