Colts' safety eager to prove he's back in preseason debut 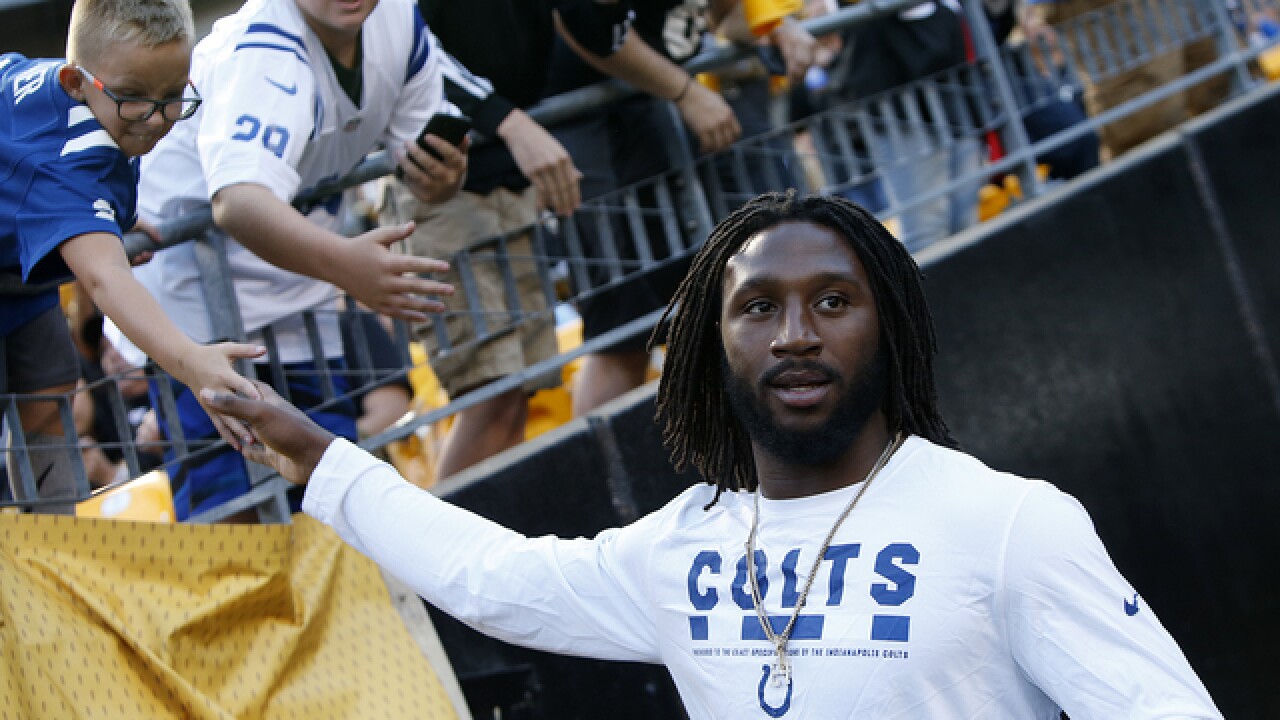 Copyright 2018 Scripps Media, Inc. All rights reserved. This material may not be published, broadcast, rewritten, or redistributed.
Justin K. Aller
<p>PITTSBURGH, PA - AUGUST 26: Malik Hooker #29 of the Indianapolis Colts high fives a fan during a preseason game against the Pittsburgh Steelers on August 26, 2017 at Heinz Field in Pittsburgh, Pennsylvania. (Photo by Justin K. Aller/Getty Images)</p>

INDIANAPOLIS (AP) — Malik Hooker looks around the Indianapolis Colts’ newly renovated locker room and reflects on his long journey back to football.

He smiles, he laughs nervously and, naturally, he’s a little anxious to test his surgically repaired right knee.

The Colts’ starting safety has never faced such a severe injury or such a complex recovery, and the next step is seeing how it holds up in game conditions.

“I’ll definitely be out there Saturday,” Hooker said. “Of course everybody has questions about ‘what if I’m not the player I need to be when I get back’ and stuff like that. But that’s where you’ve just got to be mentally tough and say that’s part of the plan to get back out there. I have no doubts.”

Neither do the Colts.

They’ve waited patiently and proceeded cautiously as their 2017 first-round pick works his way back, fully anticipating him to continue being the playmaker he flashed in the first seven weeks last season.

He started all 13 games of his senior season at Ohio State; picked off seven passes; led the Football Bowl Subdivision by returning three for scores; helped the Buckeyes reach the College Football Playoff; and was selected a first-team All-American in 2016.

And though he couldn’t work out at the NFL’s annual scouting combine because of hip and sports hernia surgeries, many regarded him as the top safety in the draft. Ballard had Hooker rated as the best athlete in the draft and when he slid to No. 15, Ballard wasted no time in making his selection.

“He’s got a unique skill set. He’s got size. He’s got speed. He’s got great instincts and ball skills,” Ballard said of Hooker on draft night. “Guys that can take away the football are hard to find, and we think he can do that at this level.”

Hooker certainly lived up to the billing early last season.

He moved into the starting lineup in Week 2, picked off passes in each of his first three starts and appeared headed toward a huge rookie season — until a blindside block forced his knee to buckle as he was chasing Jacksonville receiver Allen Hurns down the sideline Oct. 22.

Later that night, Hooker was diagnosed with torn anterior cruciate and medial collateral ligaments, ending a promising rookie season. He spent the next seven months rehabbing, returned for on-the-field individual work in May, and opened training camp on the physically unable to perform list. Now, three weeks after being activated, Hooker has been cleared for game duty and is expected to start against San Francisco.

“It’s been a long time coming,” he said. “For me to finally get out there and get cleared to be able to go out there and play on Saturday, it’s a great feeling.”

Indy’s coaches are excited for another reason: Saturday marks the first time they’ll see their two projected starting safeties in a game. Hooker’s injury, coupled with Clayton Geathers’ inability to return from neck surgery until late last season, meant the projected pairing never had a chance to work together.

But as both recovered from knee surgeries during the offseason, they worked together, challenged one another and raced to come back. Geathers got there first, making his preseason debut in Monday night’s loss to Baltimore.

Now, Hookier finally is about to join him.

“They have what we talked about, the instincts and the strike and the speed and all those things, and the quickness,” new defensive coordinator Matt Eberflus said. “And those guys, as they get playing with the system and with other guys in the unit, we should see them blossom. We should see them really take off and see them make really impactful plays that will change the game for our team.”

Hooker believes he will be as good as new, and working in unison with Geathers will make the Colts a better defense. All he wants to do now is prove he’s back.

“I feel like this organization knows what I bring to the table and I know what their standard is for me to bring to the table,” Hooker said. “So I’m just going to go out there and continue to do whatever I can to help this team win.”