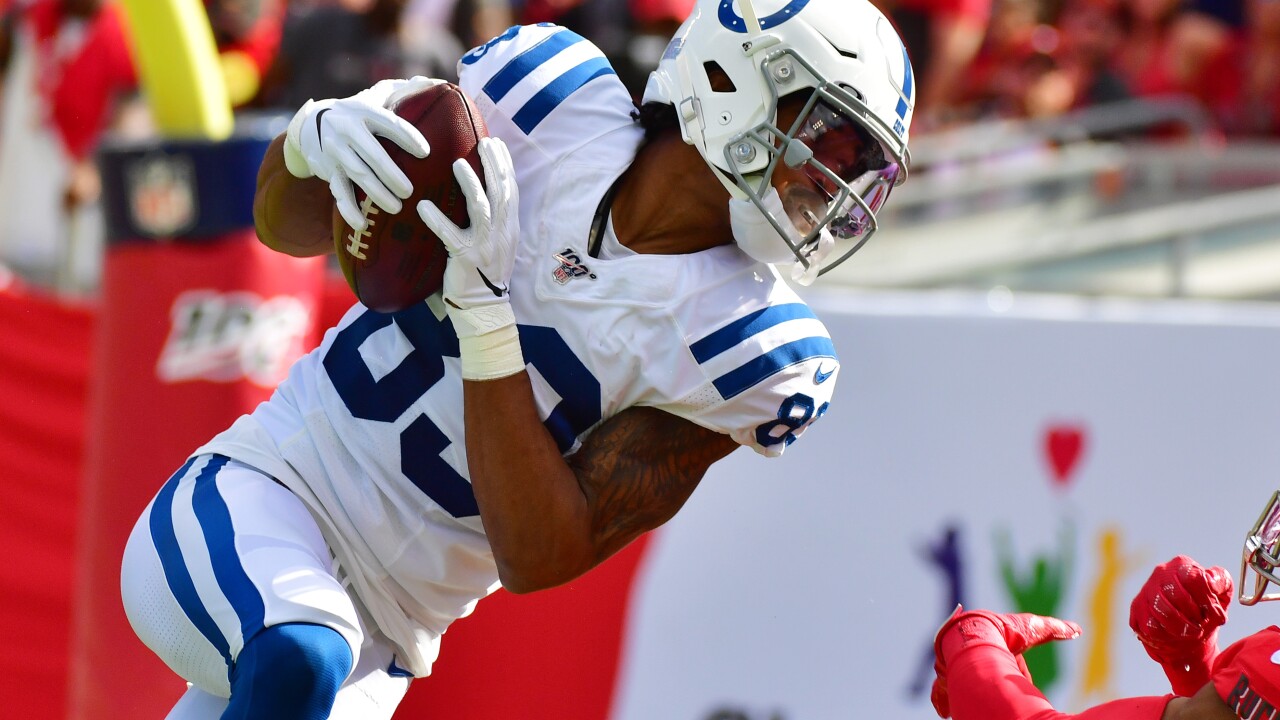 Winston overcame throwing three more interceptions and having one returned for a TD for the fifth time season to wipe out a 14-point , second-half deficit. He led the Bucs (6-7) to their third straight win and fourth in five games.

The Colts (6-7) have dropped five of six following a 5-2 start, falling from first place to third in the AFC South.

Winston threw for TDs of 61 yards to Mike Evans, 3 yards to Cameron Brate and 17 yards to Justin Watson before putting the Bucs ahead for good with a 12-yarder to Breshad Perriman with 3:51 remaining.

Jacoby Brissett completed 19 of 36 passes for 251 yards, two TDs and no interceptions for Indianapolis. Darius Leonard returned one of his two interceptions 80 yards for a second-quarter TD, and Marcus Johnson had a 46-yard scoring reception and finished with 105 yards on three catches for the Colts.

Chase McLaughlin, signed last week to fill in for injured kicker Adam Vinatieri, made field goals of 50 and 19 yards, but a 47-yarder that would have given the Colts a 38-31 lead hit the right upright and bounced away midway through the fourth quarter.

Winston began the day ranked second in the NFL in passing yardage, but has thrown a league-leading 23 interceptions and turned the ball over 28 times overall.

Leonard picked off the Tampa Bay quarterback’s first pass of the day, setting up Brissett’s long TD pass to Johnson. Dare Ogunbowale fumbled on the next Bucs possession, leading to McLaughlin’s 50-yard field for an early 10-0 Colts lead.

But if there’s one quality Winston has that even the most vocal of his critics appreciate is the quarterback’s resiliency.

In addition to scoring on a 1-yard run and the 6-foot-5, 231-pound Evans in stride on the receiver’s long TD reception to help the Bucs stay in the game despite the turnovers that helped the Colts build a 27-21 halftime lead.

Evans injured his right hamstring on the way to the end zone and left the game.

Winston threw for 277 yards in the first half alone. His third TD pass of the day, the 17-yarder to Justin Watson trimmed a 14-point deficit to 35-28. Tampa Bay pulled within 35-31 on Matt Gay’s 44-yard field goal early in the fourth quarter.

Colts: RB Marlon Mack returned to the lineup after missing two games with a broken hand. ... K Adam Vinatieri was inactive with a left knee injury, replaced by McLaughlin.

Buccaneers: PR T.J. Logan broke his hand in practice on Friday. ... G Alex Cappa was inactive with an elbow injury. ... Evans left with 1:06 remaining in the first quarter and did not return. ... Winston sat out the first series of the second half with what the Bucs described as a sore right hand. Backup Ryan Griffin took a snap in a regular season game for the first time in his six-year career.

Buccaneers: at Detroit on Sunday.