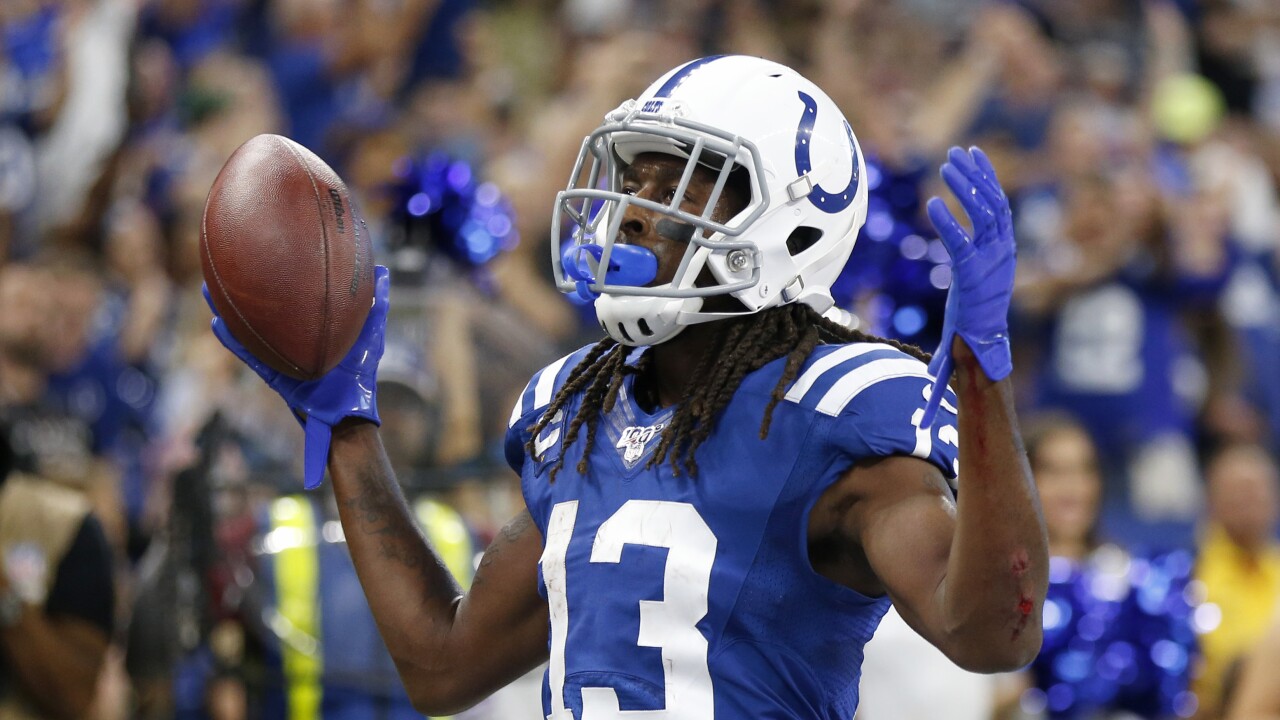 INDIANAPOLIS — Colts wild receiver T.Y. Hilton suffered an injury during practice this week and could be out for the next few weeks.

Hilton will miss Sunday's game against the Pittsburgh Steelers and could be out up to four weeks, according to Reich.

This is a developing story.