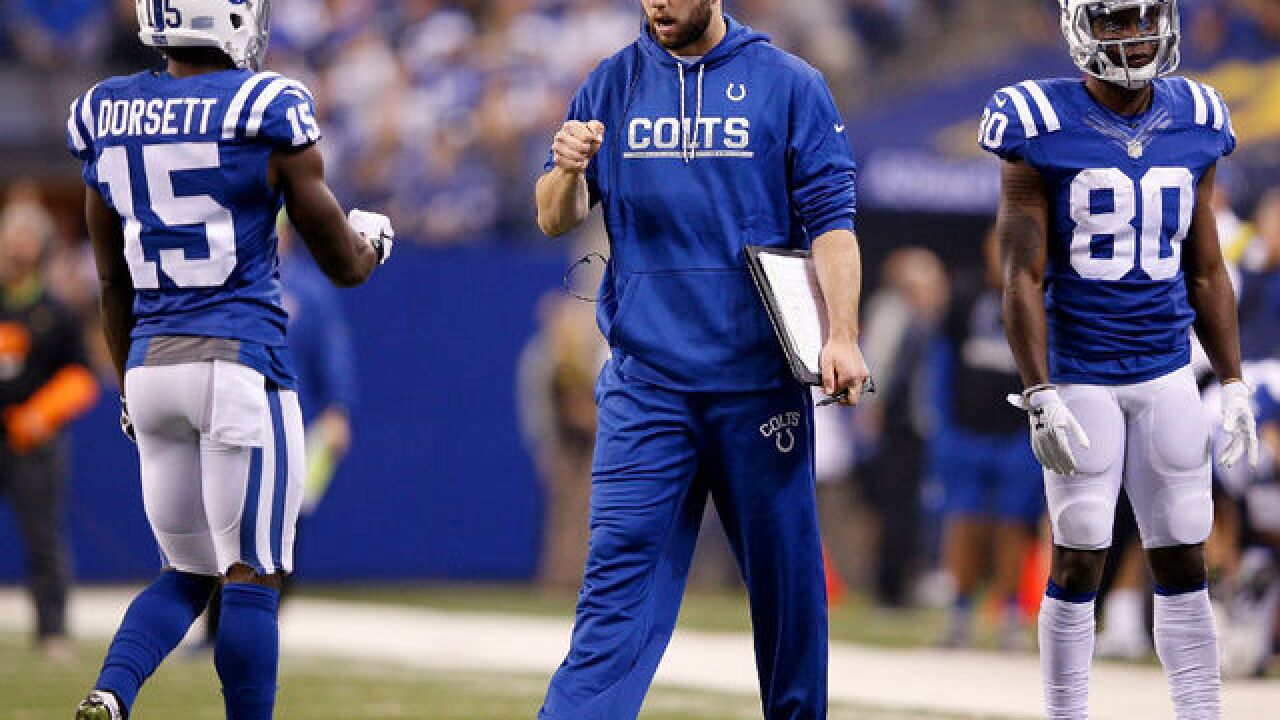 INDIANAPOLIS -- Andrew Luck's surgically repaired right shoulder will keep him out for the start of training camp.

How much more time he'll miss is still unclear.

"I want to make this very clear: Andrew has not had a setback. This is all part of the process," Ballard said. "The long-term prognosis is very good and that is very positive. We are going to follow the doctors' orders and the process."

Luck, the No. 1 overall pick in the 2012 draft and the face of the franchise, had surgery in January to repair a partially torn labrum. He did not participate in any of offseason workouts and the Colts knew all along there was a good chance he would still be recovering during camp.

Ballard said Luck did not start throwing until last week.

The next step, Ballard said, is working on his throwing motion and regaining strength in his right arm.

Andrew Luck has started throwing and will begin camp on the PUP list: https://t.co/Wx8RRxe4G9 pic.twitter.com/myyYCbT4sL

Still, the Colts have avoided establishing a timeline for when Luck will start taking snaps or whether he would be ready for the Sept. 10 season opener against the Los Angeles Rams.

The reason: Ballard doesn't want to rush his best young player back.

"I don't worry about when he plays or where he plays," Ballard said when asked if Luck needs some preseason action. "Mr. (Jim) Irsay and I have had some long conversations about the next step, and the next step is practice.  Right now, he's still finishing up rehab."

Luck was not available Monday because veterans aren't required to be at the team complex until Saturday.

He has said the injury occurred initially on Sept. 27, 2015 at Tennessee. After the injury, Luck struggled -- throwing 15 TD passes, 12 interceptions and going 2-5 and was sidelined for the first time in his pro career, missing nine games.

Luck opted against surgery following that season and responded with the best statistical year of his career despite playing through soreness.

Coach Chuck Pagano did make one adjustment -- giving Luck an extra day off each week in an effort to keep him healthy.

But after enduring a second season of shoulder pain, Luck opted for surgery.

"I feel and see myself getting better every day, every week, and that's sort of something that you can hang your hat on," Luck said during Indy's three-day minicamp in June. "It's tangible, measurable progress, so to me that's what matters right now."

Tolzien is 0-2-1 as an NFL starter and lost to Pittsburgh last season when Luck could not play. Morris has spent three seasons on various practice squads, and Walker is an undrafted rookie out of Temple.

But Ballard continues to insist he's not looking for a veteran backup even though plenty, such as Colin Kaepernick, are still available.

"Like any position, we want to create competition and we've talked about that," Ballard said. "But right now, we're going to roll with the three guys we've got."

Luck won't be the only player missing the start of camp.

Ballard remains hopeful that Luck, Geathers and Langford will be activated by early September.

But Geathers, a projected starter, is expected to open the regular season on PUP following offseason neck surgery. The move will keep Geathers out at least six weeks.

Safety Malik Hooker, Indy's first-round draft pick who had surgery in February, and left guard Jack Mewhort, who was limited during OTAs, are both expected to be on the field when practice begins Sunday.